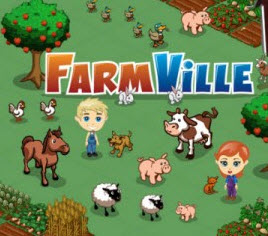 Zynga and Playdom, two of the biggest social game companies, said today that they have settled a year-old lawsuit over alleged trade-secret theft.

Terms were not disclosed. Zynga sued its rival in social games in September of last year, alleging that four former Zynga employees stole the company’s trade secrets when they left the company to join Playdom. Playdom has since been acquired by Disney for as much as $760 million.

In a joint statement, the companies said they reached a confidential resolution of their litigation. Zynga general counsel Reggie Davis added, “The settlement reflects the very serious nature of the conduct involved, as reflected by the preliminary injunction, restraining orders, and contempt order issued by the Santa Clara Superior Court.  We have great respect for Disney and are thankful that following its acquisition of Playdom, Disney resolved the matter to our satisfaction.”

The lawsuit reflected the fact that social-game companies are in a gold rush to get as many users as they can. Ironically, Zynga itself was often accused of copying games of its rivals by taking themes such as farming and making Zynga’s own games based on them.

However, Zynga argued, and courts generally agree, that there is a line that employees cross when they take one company’s documents and allegedly share them with another company.

Zynga alleged that the former employees — Raymond Holmes, David Rohrl, Martha Sapeta, and Scott Siegel — left Zynga and took various documents with them. They included “The Zynga Playbook,” which is the recipe book that contains Zynga’s “secret sauce” for competing in social games. Zynga is the No. 1 social game company on Facebook with 198.5 million monthly active users, while Playdom has 34.8 million, according to market researcher AppData.

The court granted an injunction in Zynga’s favor in the lawsuit in March and another one in August saying that Playdom was not allowed to use any of the allegedly stolen trade secrets. In the process of discovery, Zynga uncovered emails with Playdom executives saying some very unflattering things about Zynga’s chief executive, Mark Pincus, according to its amended complaint filed back in May, including Playdom co-founder Daniel Yue saying, “God I hate Pincus.” Zynga argued that these comments established an environment in which the alleged theft could occur.

Zynga alleged that Rohrl, former director of design, stole an entire game idea and its associated innovative game mechanics from Zynga and developed it under a different name for Playdom. Zynga produced as evidence emails sent by Rohrl from his private Gmail account to Yue, who promised to keep them secret. The two were talking while Rohrl was still employed at Zynga in January, 2009, and Rohrl did not receive a job offer until March, 2009. Zynga alleged that Rohrl got a bonus from Playdom for his actions. In March, the court issued an injunction prohibiting Playdom from releasing the game, saying that Yue and Playdom employe Jamie Ferris induced the sued employees to steal Zynga’s secrets.

Playdom also admitted that Zynga documents had been transferred to Playdom computers by former Zynga employee Chris Hinton (who was not a defendant) and these documents had been used by Playdom in its efforts to compete against Zynga.