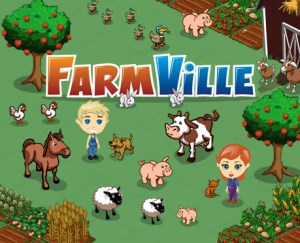 Each day, Facebook game developer and FarmVille creator Zynga delivers about a petabyte of data — that’s 1 million gigabytes, or more than six Libraries of Congress — for its array of social games, chief technology officer Cadir Lee said at the Oracle OpenWorld  2010 conference in San Francisco today.

The social-gaming juggernaut, responsible for some of the most popular social games on Facebook like FarmVille and Mafia Wars, is responsible for handling a deluge of traffic from the roughly 10 percent of the world’s Internet population who play its games. Zynga can add up to 1,000 new servers each week and has begun expanding into both public and private cloud storage and infrastructure to cope with the massive amount of traffic, Lee said.

“It’s millions of people clicking their mouse as fast as they possibly can,” Lee said. “And there are 3 billion neighbor connections amongst our users.”

One reason Zynga sometimes finds itself adding a tremendous number of new servers in a single week are traffic spikes as a result of promotions or special events. When Zynga launched a “superberry” farming promotion in FarmVille, more than 700 million berries were planted and Zynga saw a huge traffic spike, Lee said.

The challenge for Zynga is unique compared to other large sites that are “read-only” or “input-only,” such as photo-sharing sites like Flickr or e-commerce sites like Amazon.com, Lee said. Zynga instead faces an environment that is constantly updating, with each new crop planted or fertilized and each message left on a friend’s farm.

The FarmVille site is currently raising money for an educational charity, L’École de Choix, in Haiti, a country for which it has conducted several fundraising drives. That required new functionality within the game.

“We have to be able to deploy something like the Haiti fundraising drive and do it fast,” Lee said. “We need to be able to let users try it out and have that sort of freshness all the time.”

According to recent data from NPD Group, about one in five Americans play social networking games like FarmVille. It comes as no surprise that Zynga’s estimated 215 million users generate quite a bit of data.

Zynga puts a lot of machines to work, but it has also added humans: It now employs 1,200 people across 13 studio locations.