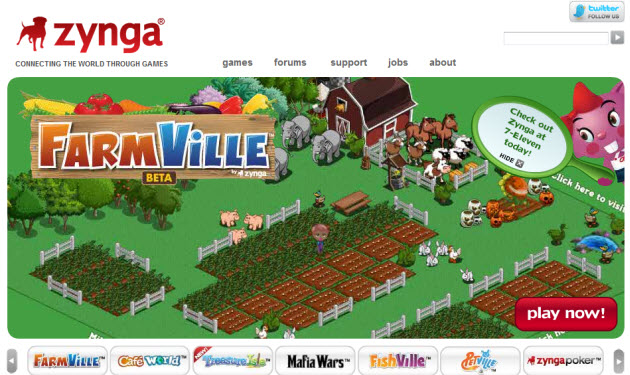 Talk about big in Japan! Zynga, the maker of FarmVille and other popular social games, is nearing an announcement of its alliance with Japan’s SoftBank, which plans to invest around $147 million into Zynga and its Japanese subsidiary.

The deal could be announced as early as this week. SoftBank’s quarterly earnings call is Thursday, with an analyst meeting following on Friday. But the timing depends on whether Zynga and SoftBank hammer out the last details of their contract. As part of the deal, Zynga plans to launch its social games, which are the most popular on Facebook, on SoftBank’s social mobile network in Japan.

VentureBeat first reported the alliance with SoftBank in April. Bloomberg and the New York Times reported that the value of the deal is $147 million or $150 million, respectively. We haven’t confirmed the investment size, but our sources agree that an announcement is impending.

Japan’s mobile gaming market is getting a big boost thanks to the popularity of social games on smartphones. That makes it an important market for Zynga as growth slows in the U.S.

Zynga soared to popularity by cleverly exploiting Facebook’s News Feed, which provided it with what amounted to free advertising as friends broadcasted their in-game activities.Zynga, meanwhile, cashed in when its users spent real money on virtual goods which gave them an edge in game play.

Facebook has since cracked down on that free viral distribution, eliminating spam that annoyed its non-game users. But it also made it harder for games to take off. Zynga’s user numbers have declined from around 260 million monthly active users this spring to about 207 million now, and its costs are believed to be up as it’s had to buy advertisements on Facebook to replace its formerly free distribution there. Diversification is in order.

That’s why the alliance with SoftBank is critical. VentureBeat’s sources and published reports indicate that SoftBank plans to invest in Zynga’s Japanese subsidiary as part of the deal. But Zynga has not yet announced the transaction, nor has it acknowledged a reported investment by Google of more than $100 million, either — another strategic deal to help Zynga move away from dependence on Facebook.

That money is going to be critical as Zynga is in a race to expand its social games to all corners of the globe before its rivals, which are starting to include big media brands, do as well. Crowdstar, a Zynga rival, has allied itself with a Japanese mobile social gaming network, DeNA.

Beyond Japan, Zynga is also exploring the rest of Asia. It bought a social game company in Beijing recently. Zynga is also diversifying onto Apple’s iPhone platform, where it recently launched FarmVille, and onto the Web, where it has established FarmVille.com and formed alliances with MSN and Yahoo. Zynga also continues to launch its own games such as FrontierVille, which has gotten more than 21 million users in just a month. Its revenues are estimated in the hundreds of millions of dollars, though insiders have dismissed a recent report that they’re as high as $835 million. (That figure, which appeared in the New York Times and elsewhere, is actually a guess at the total size of the U.S. social gaming market.)

If it can keep its revenue juggernaut going through these diversification efforts, Zynga could become the first initial public offering in social games. Zynga declined comment.