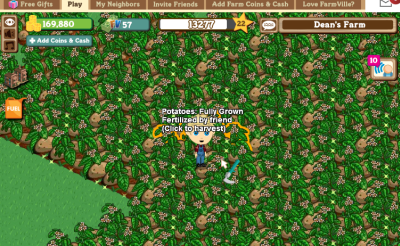 In an apparent attempt to escape from its dependency on Facebook, game maker Zynga is preparing to launch a web site dubbed Zynga Live that would operate as a portal for its own social games, according to a source familiar with the matter. The company currently runs its games on Facebook (although not exclusively) and is Facebook’s biggest app maker.

Mark Pincus, chief executive of the San Francisco-based Zynga, told his staff about the plans at an all-hands meeting yesterday. The company has declined comment. The development was first reported by Techcrunch, which characterized the dispute between the companies as a war.

The creation of the web site will help the hot social game company diversify away from Facebook, which accounts for the bulk of Zynga’s revenues (currently in the hundreds of millions of dollars). The very fact that Zynga has felt the need to create Zynga Live shows that there is tension between the company and platform owner Facebook. The tension between the two companies was a hot topic today at the Social Gaming Summit, a conference in San Francisco attended by 550 or so social game industry representatives.

The two companies have been at odds over the impending introduction of Facebook Credits. This is a virtual currency, much like the euro currency in Europe, that will work across all Facebook apps. Facebook contends this will give gamers more liquidity and incentive to spend money across a lot of apps. The problem for Zynga is that Facebook says it will take 30 percent of every transaction using Facebook Credits. With Zynga Live, Zynga can not only use its own virtual currency but also cross-promote its own games.

Zynga has already experimented running a game independent of Facebook with FarmVille.com. While the vast majority of users still play the company’s hugely popular FarmVille game on Facebook, Zynga has more control over FarmVille.com and can offer users various incentives on its own site.

Currently, Zynga is very dependent on Facebook and the changes that it makes to its platform. By turning off notifications and limiting the viral spread of game announcements, Facebook was able to crack down on what it perceived as spam on its platform, benefiting users. But from Zynga’s view, that meant that its games didn’t spread as fast and therefore it had to spend more money on advertising, enriching Facebook. Traffic for Zynga’s games has been declining in the past month or so, with the exception of its new Treasure Isle game. For investors who are thinking about putting money into Zynga, this is a pretty daunting matter.

Mihir Shah, chief revenue officer at Offerpal, which has a new virtual currency platform that competes with Facebook, said that the tough problem for game developers is that their cost of getting noticed on a social platform is rising, but the revenues are now going to be cut by 30 percent (as Facebook takes its cut).

Despite the strained relations between Zynga and Facebook, they share a common investor in Russian investment firm DST. The two companies are joined at the hip, as Zynga is the goose that laid the golden egg for Facebook. But Facebook has to be very careful to balance its need to generate profits with the need to let its partners make money. If Facebook behaves like an 800-pound baby and Zynga gets alienated because of Facebook’s intransigence on Facebook Credits, Zynga will take its marbles elsewhere.

In a statement, Facebook said, “We have conversations with our large developers all the time and we don’t typically comment on specific discussions. But generally, our priority is to ensure a quality experience for Facebook users while fostering an innovative and dynamic environment that offers meaningful opportunities for all developers on Facebook Platform.”

Facebook should look at the lessons learned by other platform holders. Microsoft was able to enter the video game business in part because independent game developers and publishers didn’t like the practices of console platform owners Sony and Nintendo. Those companies took a mere 7 percent royalty on every game sold on their platforms. Can Facebook get away with a 30 percent tax, as Apple does for apps purchased from its App Store?