Zynga is taking the wraps off its real-money gambling games today at an event in Barcelona, Spain.

The San Francisco company says that social gaming remains its heart and soul, but the gambling games are a logical extension for fans who want to bet real money and win it in social games. Zynga will launch the games in the United Kingdom, where real-money online gambling is legal.

Sean Ryan, the head of game partnerships at Facebook, is showing off the Facebook titles for Zynga. The games include ZyngaPlusPoker and ZyngaPlusCasino. Both are gambling versions of Zynga’s social games, produced in partnership with Bwin.party, a British real-money online gambling company. 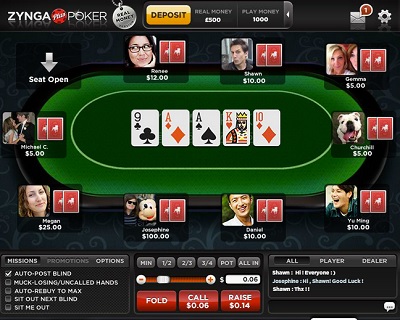 The games are the first wave of Zynga’s strategic expansion into Facebook and mobile gambling games. Investors have been very interested in them because they represent a chance for Zynga to make more money. But Zynga has downplayed the financial opportunity and says it is just in the beginning stages of its experiment. Zynga released the web and downloadable versions of the U.K. gambling games in April, but the Facebook and mobile versions are likely to be a bigger novelty in the British market. They may also prove to be more accessible to a new audience.

In social games such as Zynga Poker, players can purchase virtual chips with real money. But they can’t cash out their winnings. In ZyngaPlusPoker, players will have the option to play for actual money.

If they choose to gamble, they will be taken to a different application that is completely different and is based on Bwin’s approved and regulated gambling game. In such games, players have to prove they are over the age of 18 and reside in the jurisdiction where the games are legal. They have to put down a deposit with Bwin to ensure they can pay for their chips. And they can win or lose real money.

On top of that, they are eligible to win promotional prizes such as a free night’s stay in a casino hotel or a free buffet meal, something many casinos do in their attempts to lure players to their gambling tables and slot machines.

Zynga is making a clear distinction between its existing social app and the gambling app so that users don’t get confused about which is which. The apps have different looks and color schemes, though they both share the same social DNA.

It’s not yet clear when the apps will launch. Zynga will have Facebook versions of ZyngaPlusPoker and ZyngaPlusCasino, as well as mobile versions in the near future.

The apps are the first result of a strategy the company began pursuing in October when it hired seasoned real-money gambling executive Maytal Olsha.

About six weeks after Olsha arrived, Zynga cut its partnership with Bwin.party. That deal was critical for it to move quickly in the UK online gambling market, since it would have taken Zynga much longer to create and then win regulatory approval for its own gambling game. Bwin already has its gambling games live in the market, and it knows how to operate them under UK regulations.

Online gambling games are tightly regulated. They have to be certified so they are not unfairly tilted against players (at least no more so than normal casino games). That means they require sophisticated mathematical models that produce results based on random number generators.

Such games aren’t necessarily hard to create, but they take time and experience. If Zynga wanted to go it alone and capture all of the profits from its games, it could create them itself. But that would take time. The partnership with Bwin.party signals the importance of moving fast. Other social gaming rivals are moving into the market, where social mobile is adding a fresh take for the old online gambling titles. Zynga believes the social mobile aspect will create a boom in the market.

Zynga has hired its own in-house online gambling experts, and it acquired Spooky Cool Labs, which was founded by a team of slot machine game experts headed by Joe Kaminkow. He was an executive who designed games for IGT, the world’s largest slot machine maker. He holds 130 patents and has worked on pinball games and casino products for decades. 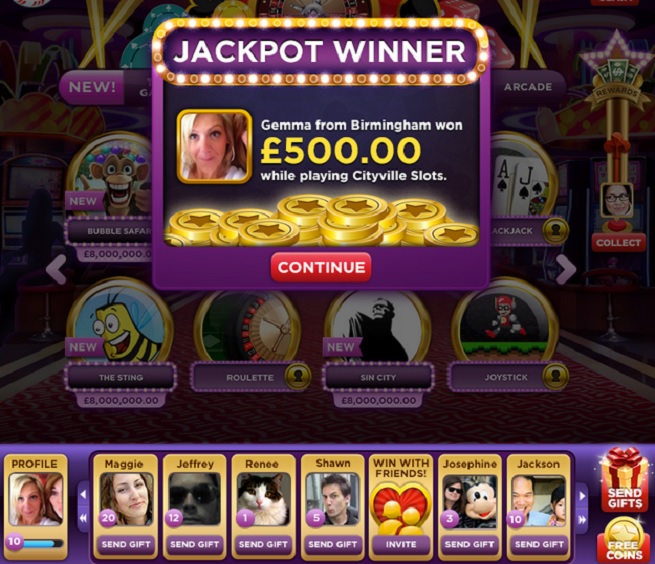