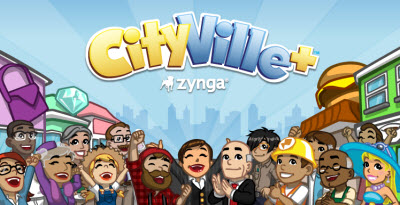 Zynga announced today it has taken its most popular game, CityVille, to the fledgling Google+ social network.

The move could be strategically important for both Google and Zynga, which need each other: Zynga needs Google+ to help it gain more independence from Facebook, and Google+ needs successful games like Zynga’s CityVille to lure users over to its fledgling social network. Meanwhile, the move is a blow for leading social network Facebook, which has had CityVille as an exclusive in Western markets.

Zynga previously announced in July that it was taking CityVille to China through the Tencent social network. CityVille definitely needs a shot in the arm. Today, it has about 72 million monthly active users, down from its peak of more than 100 million users. Meanwhile, the No. 2 game on Facebook, The Sims Social from Electronic Arts, now has more than 60 million monthly active users.

The addition of CityVille to Google+ should help the growth of games on Google’s platform. Previously, Zynga had launched a version of Zynga Poker on Google+. Under an agreement with Facebook, it wasn’t clear if Zynga would be allowed to move its games to other platforms. In exchange for supporting Facebook Credits and marketing support from Facebook, Zynga agreed to keep its games exclusive to Facebook. But the deal has a variety of conditions under which Zynga can move its games to other platforms, evidently.

San Francisco-based Zynga said this is one more step in its mission to “connect the world through games and create play for everyone, everywhere — no matter which platform they play on.” Zynga is hoping that diversification will help it grow faster and produce more stable revenues. That, in turn, should help it go public through its planned initial public offering.