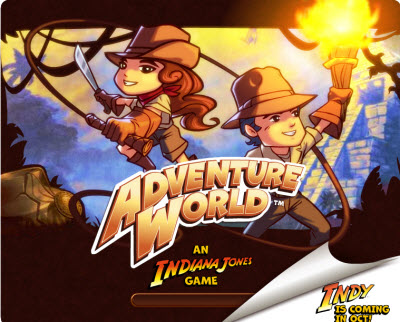 Zynga has struck a number of brand-related deals to keep its social games in the forefront of users’ minds. Today, it is extending that strategy by teaming up with Lucasfilm to add Indiana Jones to its new Adventure World game.

While Zynga has 270 million monthly active users, it has a distinct lack of well-known brands compared to traditional game companies such as Electronic Arts and Activision Blizzard. To compensate for that, Zynga has been doing marketing deals with celebrities such as Snoop Dogg and Lady Gaga. Now it will integrate the Harrison Ford character Indiana Jones into the Adventure World game.

This kind of tactic will help the new medium of social games get more traction with users. The company said that it will launch the Indiana Jones integration in October.

If games like Adventure World take off, then Zynga will have a better chance at pulling off an initial public offering. Zynga filed for an IPO in June but may be putting it off until the stock market settles. But recently, rivals such as EA have been making gains against Zynga with titles such as The Sims Social. So it’s time to call in Indiana Jones to the rescue.