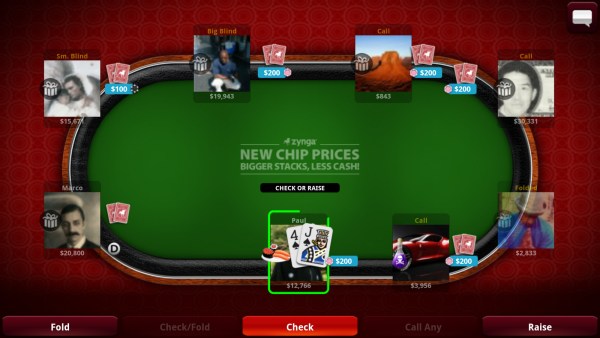 There are regulatory roadblocks in many countries, but Europe is rather open. Pincus said the launch will be subject to online gambling regulatory reviews. Zynga’s non-real-money poker game, Zynga Poker, accounted for 18 percent of revenue. In that game, users purchase poker chips with real money, but they cannot cash out any winnings.

In the U.S., new hope arose for real-money online gambling in December, when the Justice Department ruled that online poker and other skill-based games were not considered illegal as long as they were specifically legalized state by state. Nevada has legalized online real-money gambling, and other states are moving to do the same. Meanwhile, Zynga can likely operate real-money online gambling in other territories where it is legal, and then wait for legalization in the U.S.

Zynga’s stock price rose past $15 a share based on the rumors around real-money online gambling. But today, since Zynga missed its earnings target, investors don’t seem to care. The stock is down more than 36 percent in after-hours trading.

When asked about the real-money gambling opportunity and other avenues for growth, Pincus said that mobile games are a big opportunity. He said the first real-money gambling products are ready and will be released in markets where it is legal, subject to getting licensing. The company does not currently have plans for that in the U.S. because it is not legal.