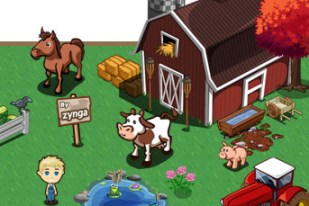 To be nitpicky, Yahoo published the announcement, after Zynga CEO Mark Pincus denied it was in the works last week. There’s been no formal announcement on Zynga’s website yet.

That might give you the impression that Yahoo is the lucky partner here, getting access to Zynga’s popular Farmville and Mafia Wars games. But Zynga, much more than Yahoo, needs to prove to current and potential investors that it’s not at the mercy of Facebook. Already, Facebook has cut back on the viral growth of Zynga games by limiting updates and notifications that users had complained were too spammy.

Last week, Zynga came to a tense agreement with Facebook over Facebook’s plan to require Zynga game players to make payments with Facebook’s internal currency, from which Facebook takes a 30 percent cut on all transactions.

Integration with Yahoo’s popular email and homepage seems like the most likely way other than a jillion Google ads to draw in people who don’t use Facebook, and who don’t realize there are games like Farmville they can play with old friends. It’ll be interesting to see if Zynga’s games are as ridiculously addictive on Yahoo as they are on Facebook. Do you Yahoo? If so, don’t make any plans for the next couple of months.