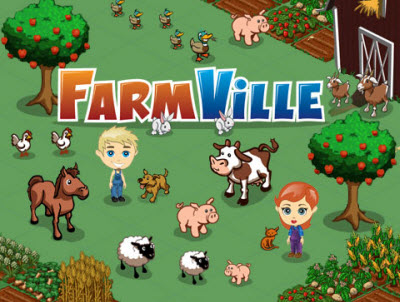 The capacity to do good with a video game is a fledgling concept. It has been around for a while, but has never been executed in an outstanding way. Zynga, the hot developer of social games on Facebook, is the latest to give it a shot. And the company thinks it has found a way to do a lot of good in a short amount of time with the idea.

The 56 million users of Zynga’s most popular game, FarmVille, have donated $487,500 toward the welfare of children in Haiti in the past three weeks. The “Sweet Seeds for Haiti” program is an early step in Zynga’s effort to promote what it calls “social goods.” With the program, Zynga players can purchase virtual items as part of the game play within the FarmVille game, where players buy and sell virtual goods as they tend their own virtual farms.

With this program, players can buy items that lead directly to donations. In the game, players tend to their farms by purchasing harvesting equipment such as tractors and combines. With Sweet Seeds, users buy sweet potato seeds with their virtual currency, which they earn in the game or pay for with real money. About 50 percent of the proceeds are donated to nonprofits in Haiti: FATEM.org and FONKOZE.org. San Francisco-based Zynga also has a similar program in its YoVille virtual town simulation game with 140 million inhabitants. In that program, users raised money for the San Francisco SPCA by purchasing bulldogs and tabby cats from the game’s shelter.

“The sheer scope and reach of social gaming to affect people’s lives in a positive way wasn’t even a reality a few years ago,” said Mark Pincus, founder and chief executive of Zynga. “Today, with ‘social goods,’ we are enabling players to unlock their power to change the world and impact the lives of children.  ‘Sweet Seeds for Haiti’ is an early step for Zynga with more to come.”

FATEM president Jacky Poteau said that Zynga’s donations have made it possible for more than 500 children to have access to quality education and lift their families from poverty. That’s pretty powerful. And from a marketing point of view, it’s great publicity for Zynga.

There are a number of charitable efforts that are connected to games. And they seem to do better because of the connection with an activity that is fun. The Causes, where you can rally your friends in support of a charitable cause, is one of the most popular apps on Facebook.

Zynga is smart to integrate the donations into the activity of the game itself. Elf Island does that as well, staging missions such as saving sharks in its kids virtual world. Those missions lead to donations to charities aimed at preserving shark populations. We’ve also written about GamesThatGive, which has a bunch of free games that let players donate money to charities just by playing free games.