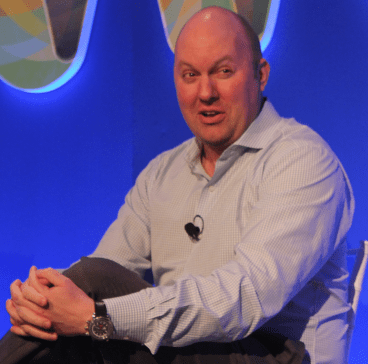 Some major companies in the Web 2.0 era have become incredibly popular and have ballooning valuations. Facebook, for example, is valued at more than $80 billion. Social gaming company Zynga recently filed for an initial public offering in order to raise up to $1 billion and is reportedly valued somewhere around $10 billion. Those colossal valuations have made some investors and entrepreneurs concerned that the companies are overvalued and are contributing to a tech bubble similar to the one that led to a recession in the early 2000s.

But a decade ago, during the last emergence of the last technology investing bubble, Facebook probably would never have made it off the ground because of the massive infrastructure costs and requirements. Thanks to cheaper online storage and the cloud computing revolution, it’s become trivial to start a company that at one point would have to pay millions of dollars to Oracle and others for servers and hardware. That massive shift in development and computing has led to the emergence of Web 2.0 companies like Facebook, Twitter and others that have revolutionized the way people use the Internet, Andreessen explained onstage at the Box.net Boxworks conference in San Francisco, Calif..

“It costs so much less to run a company like Salesforce.com today than it would 10 or 15 years ago, so you can get these amazing services actually delivered to people,” Andreessen said. “The cost structure today is so much lower, 10 years ago Facebook would have been impossible to have as a company, the infrastructure costs would have crushed it.”

Andreessen is considered one of the most prominent investors in the valley after he started Netscape during the last dot-com boom. His firm, Andreessen Horowitz, has invested in companies like cloud storage provider Box.net, Groupon, Foursquare, Twitter and Zynga. Most of the companies that his firm has invested in use those new cloud-based computing applications like Amazon’s AWS service and Google Docs, he said.

Companies like Amazon and Google, which run powerful servers that can handle computing-heavy applications remotely, weren’t around a decade ago. Back then, each new startup had to “sign four checks to Oracle, Sun and two others” before they got off the ground to handle their infrastructure costs, Andreessen said. That meant much larger early capital costs, which required larger — and more risky — early-stage investments, Andreessen said.

“People who lived through the 1990s, investors and entrepreneurs are so psychologically starved of the bitter disappointment that it’s hard to look at this landscape and see the things that are working and not get upset,” Andreessen said. “Stuff is actually just working, it seems like it’s real.”