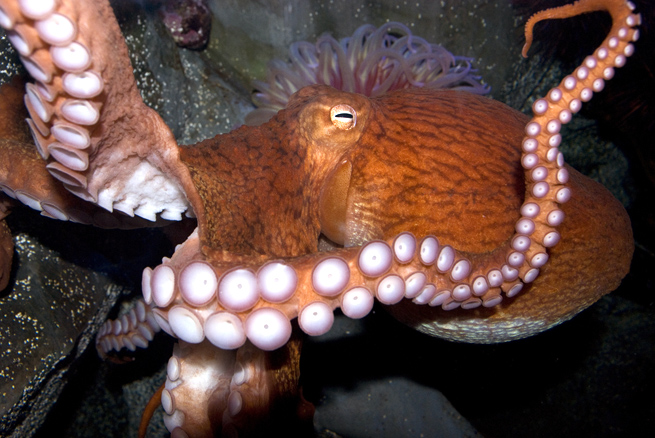 In popular culture, the giant octopus has always been a notorious enemy to pirates. But when it comes to new service Boxopus, Internet pirates might have a new best friend that will help them store illegally obtained media in their Dropbox accounts.

Boxopus, which was first spotlighted by TorrentFreak, smartly uses Dropbox’s API to anonymously add torrent files to a Dropbox account. And get this: You don’t even need a BitTorrent client to make it work.

“Our Boxopus is one of the kind,” the site writes on its About page. “He lives in the bottomless abyss of the Internet. He can stretch his tentacles and reach any content on the number of torrent-sites. Just feed him with a torrent! Whenever you do it, he’ll grab the file you need and put it in your Dropbox in a little time.”

The Boxopus service is smart to tie itself to Dropbox because it is one of the most widely used cloud storage services today, and it has many passionate fans because of its simplicity and usefulness. Dropbox recently added an easy way to share links to files, and it added automated photo uploads to its popular iOS app as well. Boxopus says that because it uses Dropbox’s API, it has no access to other files stored in your Dropbox account.

To make using Boxopus even easier, sites that host torrent files can create a one-click Boxopus download option for users. TorrentReactor, Fulldls.com, Vertor.com, and Torrentzap.com have already added this option, according to TorrentFreak.

Boxopus plans to keep the service free and unlimited during its beta period. After the beta period ends, the service will add limitations for free users.

We’ve contacted the Dropbox team to see if they have any issues with how Boxopus uses its API. We will update this post if we hear back.