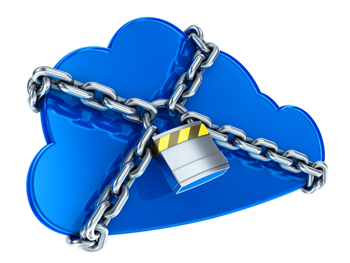 With all the attention cloud storage services Box and Dropbox have garnered, it’s easy to forget that there are other startups in the game, which are quietly picking up steam and cornering new markets.

SpiderOak, a Dropbox competitor, is a Northbrook Illinois-based company that can backup pictures, music, video, files, and documents. The startup’s value proposition is that it works with super-sensitive information, so customers include no-name government agencies.

I asked SpiderOak founder and CEO, Ethan Oberman, about the recent wave of high-profile security breaches. (Read more about the major hack to the account of Mat Honan, a writer at Wired and Apple cofounder Steve Wozniak’s claim that the cloud will cause “horrible problems.”)

Prompted to discuss Dropbox’s security problems, he said that there is a world of difference between privacy and security. He used the analogy of a bank. Most cloud storage providers work like your standard bank account; despite a few glitches, it’s a highly secure place to keep your money. SpiderOak, he explained, is like a Swiss Bank account. “The bank doesn’t know what’s in the lockbox,” Oberman said. “It only knows that it’s keeping something for you.”

For this reason, the company is a popular choice for industries (healthcare, legal, and so on) where strict compliance standards need to be met.

Today, the company announced it would cater to users with even tighter restrictions — such as the Department of Defense, and EU and Canadian customers that face regulations against storing data on foreign soil — by announcing a new product, SpiderOak Blue Private Cloud. Instead of storing data on a third party site, SpiderOak can now stored data within a company’s own infrastructure.

“What better place to store data than in their own firewall? Having that flexibility is critical,” said Oberman.

Note that SpiderOak is one of many niche providers that claim to bring greater standards of privacy to the cloud. As CIO’s Jonathan Feldman put it: “For business to actually get transacted, sometimes we need to achieve a balance between security and functionality.”

On the consumer side, SpiderOak has also had a bit of success with users who don’t want to drag data into a storage drive. The company offers cloud storage without the box. Its system integrates with the existing file structure on your desktop. Oberman told me that there were a few reasons why they built the technology this way: “It works more in line with how people actually user their computers,” he said.