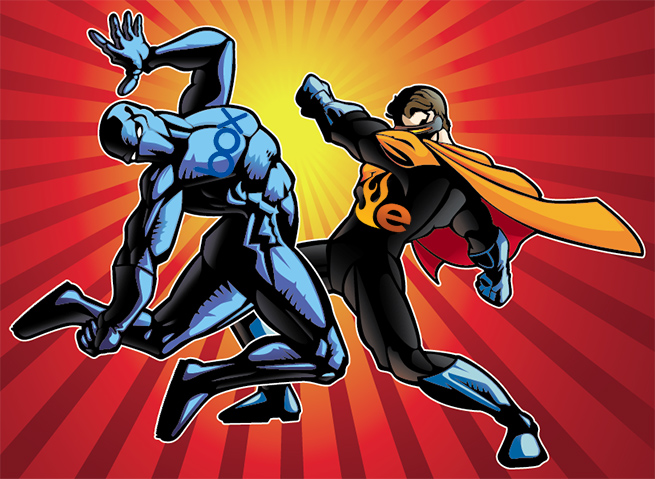 In an incredibly brazen move, enterprise cloud storage provider Egnyte has introduced the “Box Buster Buyout” program, which is designed to steal away Box‘s customers by essentially paying them to switch to Egnyte.

Egnyte helps businesses with various cloud storage solutions and claims to have superior technology and capabilities than Silicon Valley darling Box. But because Egnyte only has $16 million in VC funding, a tenth of what Box has attracted, it can’t spend the money on marketing the way Box does. This position has made Egnyte CEO Vineet Jain understandably angry and frustrated.

“In marketing, Box outspends us eight to one,” Jain said. “They appear at every conference they can possibly attend, and they are spending money like there’s no tomorrow. But they cast a much larger shadow than the real substance of their product.”

To compensate with the inequity, Egnyte will play David to Box’s Goliath and arm itself with digital stones for throwing at Box’s most obvious weak points. Egnyte claims Box’s biggest weaknesses include inadequate folder permission controls, file-size limitations, and sub-folder syncing abilities. Jain said businesses, including Box customers it has already converted, are being hurt by not getting enough control over their data. Egnyte provided the following comparison chart between it and Box: 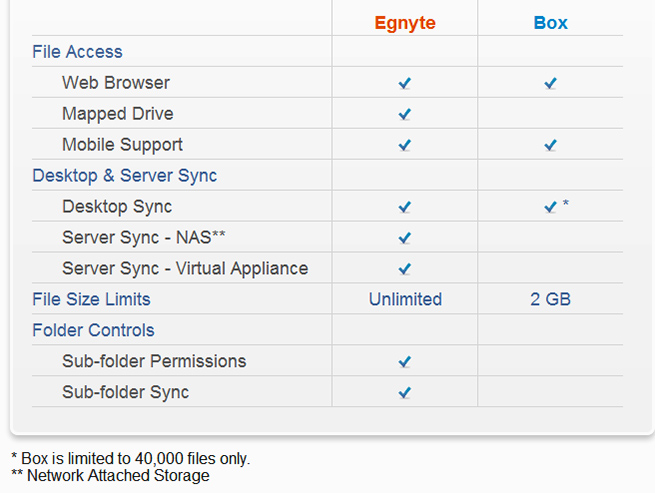 Not only will Egnyte be loudly touting Box’s weaknesses and differences, it will put money behind the initiative and pay for companies to migrate their data to Egnyte and pay for the solution for the rest of 2012. Egnyte hopes this approach will add to its customer roster that includes Ikea, Best Buy, Learfield Communications, and many smaller businesses.

Egnyte emphasizes that its hybrid cloud solution, which lets businesses use their own data centers in conjunction with public cloud storage, is superior to Box’s all-cloud approach. We, along with other cloud experts, predicted earlier this year that the hybrid cloud would be a major trend in 2012. Now Egnyte and Box may play out how businesses are responding to the hybrid solution for file management.

“[Box’s] products have a lot of sizzle but no steak,” Jain said. “They are being naive to keep saying ‘cloud cloud cloud’ when the hybrid cloud is the real solution companies want. It’s complete bullshit.”

Mountain View, Calif.-based Egnyte was founded 2007. It has raised about $16 million from firms including Kleiner Perkins, Caufield & Byers, Floodgate Fund, and Polaris Venture Partners. The company recently added many new capabilities to its HybridCloud File Sharing service, including a new HTML5 interface and support for 10,000 concurrent users, a move to attract larger customers.

Los Altos, Calif-based Box, by comparison, was founded in 2005 and has raised nearly $160 million in funding from firms including Andreessen Horowitz, Emergence Capital Partners, Draper Fisher Jurvetson, Scale Venture Partners, and New Enterprise Associates. Its most recent product introduction was OneCloud, a solution for syncing application data across third-party smartphone apps. And to be fair, Egnyte does not have a comparable solution.