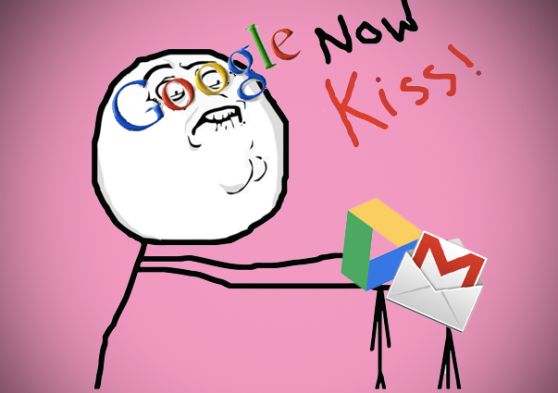 If there is any word that sums up Google’s software development nowadays, it’s integration.

CloudBeat2012 assembles the biggest names in the cloud’s evolving story to
uncover real cases of revolutionary adoption. Unlike other cloud
events, the customers themselves are front and center. Their
discussions with vendors and other experts give you rare insights into
what really works, who’s buying what, and where the industry is going.
CloudBeat takes place Nov. 28-29 in Redwood City, Calif. Register today!

Google is linking up Gmail and Google Drive in major way today by allowing users to send attachments as large as 10GB. As Google product manager Phil Sharp points out, that’s 400 times larger than what users can send as traditional attachments. (Gmail currently maxes out at 25MB.)

Size increases are only half the story, however, because sending an attachment via Google Drive means all users have access to the same version of the file. It’s a pretty convenient addition that should funnel a lot more users into using Drive (which a lot of Gmail users probably have no idea exists).

Should services like Dropbox be concerned? Sort of. As the move shows, Google’s core strength is in its ability to connect and integrate its various services — even the unpopular ones — into one cohesive product. This gives Drive a clear edge over competing standalone cloud services, so expect Google to leverage it as much as possible.

Google says it plans to roll out the update over the next few days. One caveat, however, is that the new features are inexplicably compatible only with Gmail’s new compose functionality. So keep that in mind.