Microsoft’s decision to aggressively push its flagship Office software into the cloud looks like a smart move now that Office 365 Home Premium has passed 1 million subscribers.

“The new Office is officially the best-selling Office edition yet, with more than one sold every second on average since it launched,” Microsoft said in a blog post today. “And if that wasn’t enough, in just over 100 days, you’ve made Office 365 Home Premium a hit with more than 1 million subscribers, putting it on pace with some of the most popular services around.”

Office 365 Home Premium launched in late January, and we thought it was well-thought-out product that was actually worth its $100-a-year price.

Unlike previous versions of Office, which were sold on discs and mostly didn’t care about web connectivity, the latest version of Office 365 integrates heavily with web and cloud services like SkyDrive, Microsoft’s cloud storage service. You can still buy Microsoft Office 2013 on disk, but you get a lot more features with Office 365. (Microsoft also has a killer deal for students who might want to use Office 365.)

Office 365 Home Premium gives you acces to the Office apps you likely know well (Word, Excel, PowerPoint, OneNote, Outlook, Publisher, and Access) and you can install it on five devices. On top of getting those programs, you also get “Office on Demand,” which lets you use a cloud-based copy of Office programs on any Windows 7 or 8 PC without actually installing those programs.

Microsoft compares Office 365’s precipitous growth to other tech titans in the chart below. (But it should also be noted that most of these services are free while Office 365 costs money.) 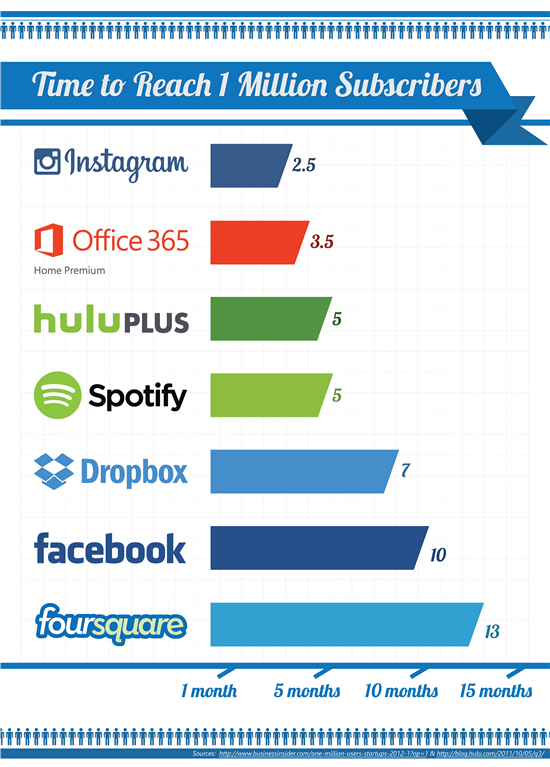