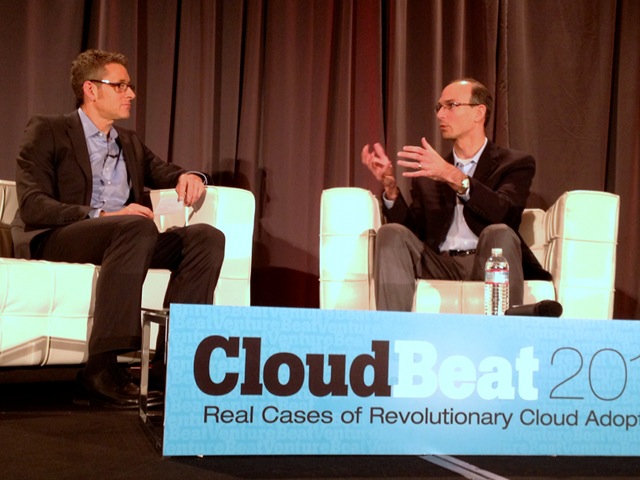 About two months ago, Oracle announced it would finally take the plunge into public cloud computing with the Oracle Public Cloud. Oracle technology product marketing VP Rick Schultz talked more about the public cloud today and admitted it was a new frontier for the previously cloud-agnostic company.

Schultz talked with VentureBeat editor-in-chief Matt Marshall on stage at CloudBeat 2011 in Redwood City. The crux of the conversation concerned how Oracle is moving to launch its version of the public cloud in the spring of 2012.

One point Schultz emphasized is how Oracle’s public cloud would not force you to stay in their ecosystem, and that it would allow developers to move their applications to other clouds if they needed to.

“We don’t lock you in,” Schultz said. “You can send your app to the Amazon cloud, for example.”

Schultz also noted that Oracle technology already helps power many clouds, including parts of Amazon’s cloud and Softbank’s cloud. He said customers would continue to use Oracle tech to power the cloud and use the company’s new public cloud to help explore new models.

“We can provide customers with a roadmap of how to get from here to there,” Schultz said, “We have a lot of customers who are doing cloud computing in a revolutionary manner. For us, it’s about giving our customers a roadmap to explore public and private models.”