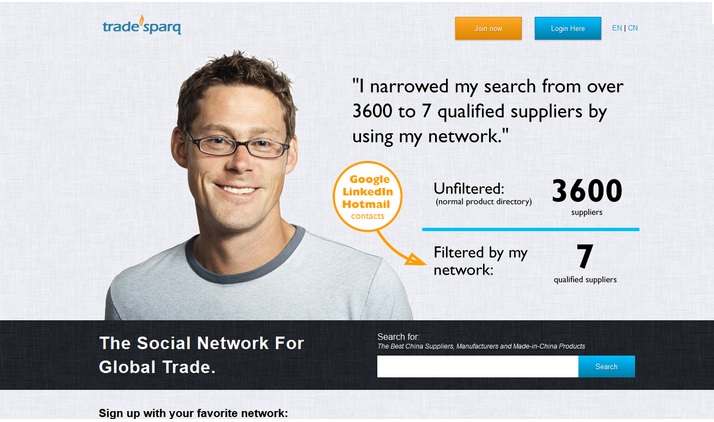 A version of this story originally appeared on SGEntrepreneurs and is published here with permission.

We saw a number of cloud and enterprise startups pitch the crowd at Demo Asia 2012 this morning, some of which were pretty memorable. Since this is Oscars season, we’re giving each startup our own awards just for fun.

Tradesparq lets merchants and businesses search through AliBaba suppliers and then ranks them based on a merchant’s social networks and contacts. It LinkedIn meets AliBaba.

The company’s demo walked the audience through the process of trying to find a kitchen sink supplier in AliBaba. It showed that AliBaba had no problem returning thousands of results but had a problem finding a supplier that could be trusted. Tradesparq was able to filter the results based on the trust established in your existing network.

The panel straight after the pitches was unanimous and effusive in its praise of Tradesparq as well as its product-market fit. 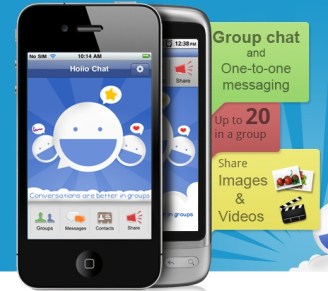 If you’re into consumer-driven, social and local mobile apps, APIs are bound to turn you off immediately. But as someone who knows programming, I have to say that Hoiio and its Hoiio API lets developers quickly develop voice-related telephone apps.

Of course, Twilio is operating in the same space. So Hoiio’s play would be to quickly be a Twilio for Asian telcos.

Given the difficulties of negotiating with the various telcos across different countries and legal domains, Hoiio has a chance to play catch up in this area.

DropMyEmail.com does two things cleanly. It switches your emails from one email account to another, and it backs up your emails.

The play here with these two functions is that you are free from the fear of getting valuable emails tied up to any email provider.

I have to say, this is only obvious to people who are running businesses or media sites and whose livelihoods are dependent on emails. However, the issue here is that the backup business is decidedly unsexy in the world of technology — especially with social networks and the like.

The So What Are You Selling Again? Award: e-Xefs

This crowd definitely wants the startups presenting here to succeed, judging by the generous encouragement shown to those who experienced technical hiccups. But we want to be constructive to the winners of this award — e-Xefs.

It is supposedly an expert forecast system churning out instantaneous forecasts based on raw business data. Beyond that, we can’t see the appeal or the possible user community for this. We had an issue Googling for the company’s website as well. On top of that, I have no idea how to pronounce the name. (e-saf? e-x-f? eeks?)

Clearly, judging from the demo, there is some technical talent here. I wanted to see the WOW factor of using the product, and there is a significant gap between the WOW I expected and what I saw in the pitch itself.

So what do you think about the awards we have given? Any memorable pitches we missed? What kind of award should they get?