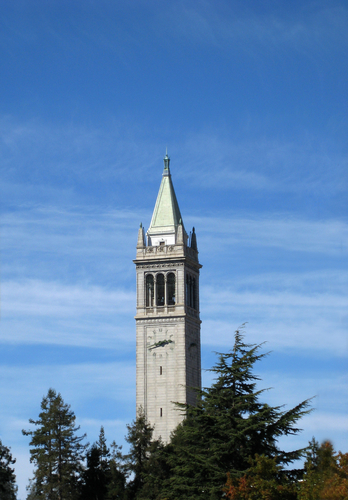 University of California, Berkeley, that hotbed of civil unrest as well as academic achievement, has become the latest university to move from its old-fashioned e-mail system to the Google Apps for Education cloud.

The decision is part of the university’s goal to save $75 million a year in operational and technology expenses. Switching to a web-based email and calendar system will contribute about $500,000 annually to that savings, according to Shelton Waggener, the chief information officer for the university.

Berkeley isn’t being shy about why it chose Google Apps over the competing Microsoft Office 365.

First, Google provides the Google Apps for Education suite for no charge to schools and universities. The entire suite — Gmail, Google Docs, Google Calendar and even the Google+ social network — will be provided to Berkeley students, faculty and staff for free and with no advertising, forever. It’s up to the school’s administrators which aspects of the suite actually get deployed, but in principal, the entire suite is available.

Moreover, as Berkeley’s internal IT teams spin down the existing CalMail and CalAgenda systems, the school is expecting to save on infrastructure costs by cutting out costly, redundant services. Some users may have to stay on whatever’s left of CalMail even after Google Apps is in place for legal reasons (UC Berkeley handles a lot of sensitive government contracts, after all), but the vast majority of users will move to Google’s cloud.

No one at Berkeley is saying exactly how many people they will move to the new system, but UC Berkeley’s current Wikipedia page pegs student enrollment at around 36,000, so one could guess that all told this deal would be for around 50,000 seats.

As for why UC Berkeley picked Google Apps over Microsoft Office 365, well, the university literally has a list. In short, Google offered a quick migration plan, freedom for Berkeley to handle its own deployment with support from its colleagues at UC Santa Cruz and Lawrence Berkeley Lab who are already using Google Apps, support for the Box cloud file syncing product that Berkeley has a contract with, and so forth.

It’s worth noting that Berkeley found Microsoft to have better calendaring, better security and better integration with traditional tools, but in the final analysis, Google got the nod.

On the official Google Apps project site, Berkeley promises that a more detailed migration plan is forthcoming in January 2012. Meanwhile, students and staff will continue with the current CalMail and CalAgenda systems.

This plan has no bearing on Berkeley students’ and faculty’s ability to get Microsoft Office under the school’s Microsoft Campuswide Software License. In fact, university officials expect to see the Google cloud and Microsoft desktop software live in harmony.

Correction: An earlier version of this story incorrectly stated the savings from switching to Google Apps. The $75 million savings is the total amount expected from Berkeley’s overall Operational Excellence program, which includes many other initiatives.