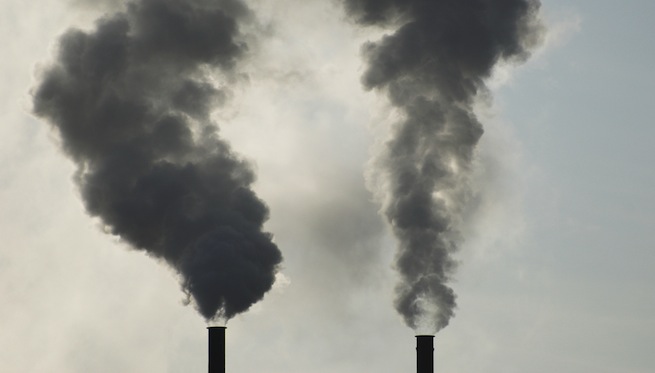 Environmental activist group Greenpeace released a report today examining how energy-efficient and clean cloud computing really is. The group called out Apple and Amazon as having some of the dirtiest clouds in the industry.

The report, titled “How Clean is Your Cloud?“, gave each company a score based on the energy efficiency of its data centers and the type of energy used to power them. Apple received low marks, getting a D in energy transparency and an F in “infrastructure sitting.” Amazon got nearly straight Fs across the board. Google had the highest scores, with an A in renewables and advocacy, and a B in energy efficiency.

Greenpeace’s report noted that understanding the true efficiency of so-called green data centers is quite hard and that metrics that many companies rely on, such as Power Usage Effectiveness, are ineffective. This is in largely because many companies aren’t willing to disclose their data center’s energy usage.

One interesting tidbit from the report: Greenpeace says that “If the cloud were a country, it would have the fifth largest electricity demand in the world,” based on the fact that in 2007, the combined electricity demand of the cloud was approximately 623 billion kWh. The cloud apparently beats out India, Germany, and Canada as far as energy demand goes.

The report accompanies a new ad campaign aimed at cleaning up the cloud and naming Apple, Microsoft, and Amazon offenders.

After the report was released, Apple countered, saying that Greenpeace’s numbers were flawed, All Things D reported. A footnote in the Greenpeace report says that Apple and Amazon were given the data for review and both companies told Greenpeace the data was incorrect, but neither offered Greenpeace alternative numbers.

Interestingly, Apple reported today that its Maiden, North Carolina data center operates with much less electricity than Greenpeace reported. Greenpeace said that the facility had an estimated energy demand of 100 megawatts. Apple said it only needed 20 megawatts of electricity when running at full power.

Apple has prided itself on its green North Carolina data center and is building the largest privately owned solar array to power the facility.