Amazon has announced plans to acquire PillPack, an online pharmacy that sorts patients’ medications into personalized packets that are delivered directly to their door. Terms of the deal were not disclosed, but Amazon referred to the deal as a “definitive merger agreement.”

Founded out of Boston in 2013, PillPack invites customers to sign up online, and the company then dispatches “over-the-counter” and prescription medications in individual packs organized by date and time. This system is particularly convenient for people who require ongoing repeat prescriptions, as PillPack arranges the refills and renewals on behalf of the patient. 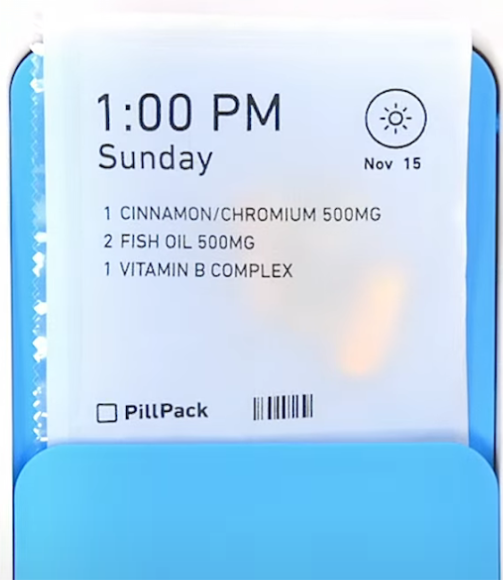 The startup has raised north of $120 million in funding from big-name backers that include TechStars, Menlo Ventures, and Accel. Walmart was reportedly interested in buying PillPack earlier his year, but Amazon seems to have won out in the end.

Amazon has long expanded beyond its simple ecommerce roots and is now targeting multiple industries. Earlier this year, the technology giant announced its move into U.S. employee health care via a partnership with Berkshire Hathaway and JPMorgan, while reports have been surfacing for a while that it was looking to enter the lucrative pharmaceutical realm. Now we’re seeing its first tentative steps in that direction.

“PillPack’s visionary team has a combination of deep pharmacy experience and a focus on technology,” noted Jeff Wilke, Amazon CEO for worldwide consumer. “PillPack is meaningfully improving its customers’ lives, and we want to help them continue making it easy for people to save time, simplify their lives, and feel healthier.”

The deal is expected to close in the second half of 2018.