Amazon has become the second U.S. company to hit a market capitalization of $1 trillion, after its share price briefly edged past the $2,050 mark this morning. 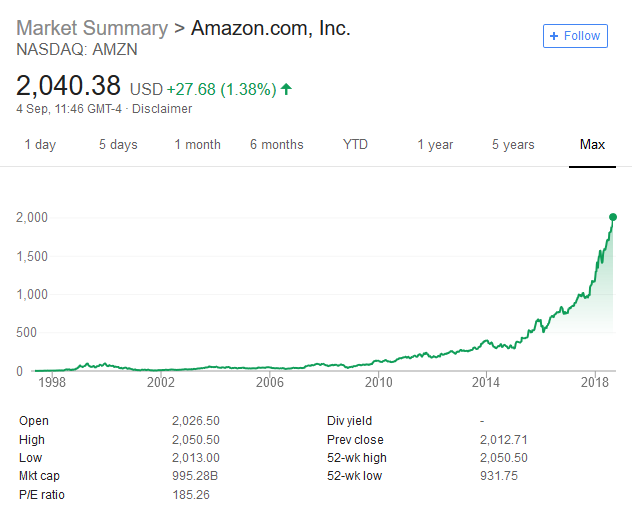 The milestone moment comes less than a week after Amazon shares hit $2,000 for the first time, with speculation subsequently mounting on when the Seattle firm would join Apple in the exclusive trillion-dollar club. Indeed, Apple became the first U.S. company — and second globally — to hit a market capitalization of $1 trillion just last month, as debates raged for months on which of the two companies would be first to reach the landmark figure.

Amazon’s shares have doubled in the past 12 months and tripled in two years. Last Thursday, as Amazon hit $2,000 per share, it was just 2.5 percent off hitting a $1 trillion market cap, but achieving that growth in just five days is perhaps quicker than many would have predicted.