iPhone users are already using Apple’s Wallet app, Apple Pay, and Apple Pay Cash — wouldn’t they like an Apple credit card, too? The Cupertino company and bank partner Goldman Sachs believe the answer is “yes,” so they’ve teamed up for Apple Card.

In addition to offering major rewards for users, the new payment solution promises to improve the credit card experience by offering a healthier approach to spending. The Wallet app will include a more transparent list of transactions, organized in an easy to read format, plus a more flexible way of making payments on outstanding balances.

As expected, Apple Card is designed to complement existing Apple-branded payment options, as well as displacing other credit cards that might be in a user’s wallet. Though the end goal is to increase Apple’s share of the dollars spent by its users, the pinch this time will be felt by rival payment providers, and come with incentives for new card users. 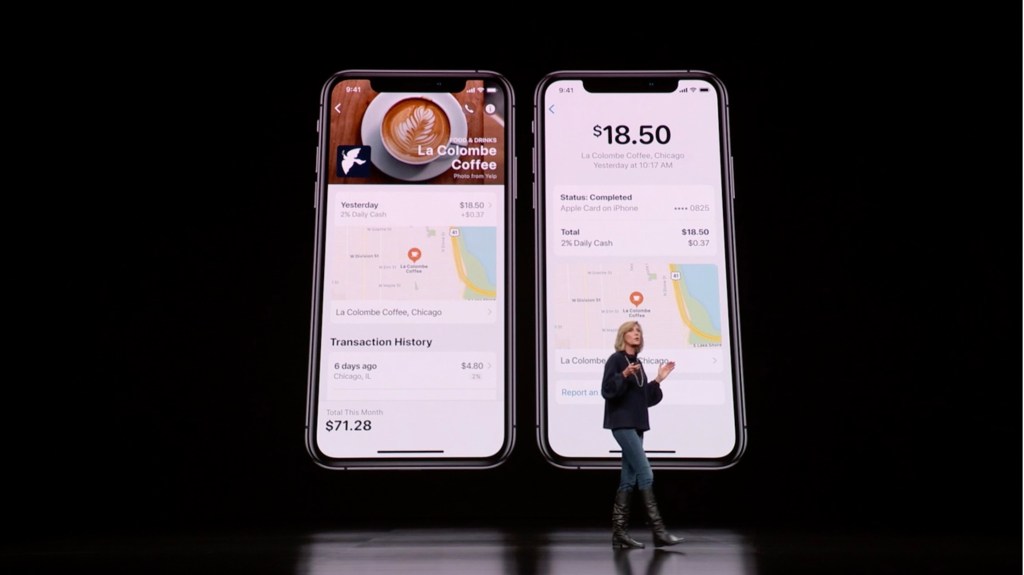 Every time you spend with Apple Card, you get 2 percent cash back — a feature the company calls Daily Cash. Purchases directly from Apple come with 3 percent cash back. That could lift the company’s sales of its own products, providing a greater incentive to pay “full price” at Apple than seek discounted prices elsewhere.

Additionally, the card has no fees: no late fees, membership fees, or international fees, with the promise of unspecified but lower interest rates than competitors. The absence of late fees is jaw-dropping; whether it will be sustainable for the long term is yet to be seen.

Apple Card will be accepted by vendors who participate in MasterCard’s global payment network, and the banking side will be backed by Goldman Sachs. While the card will be digital and connected to an iPhone, there will also be a physical card made from titanium that can be used in stores; purchases made with the physical card are only eligible for 1 percent Daily Cash. 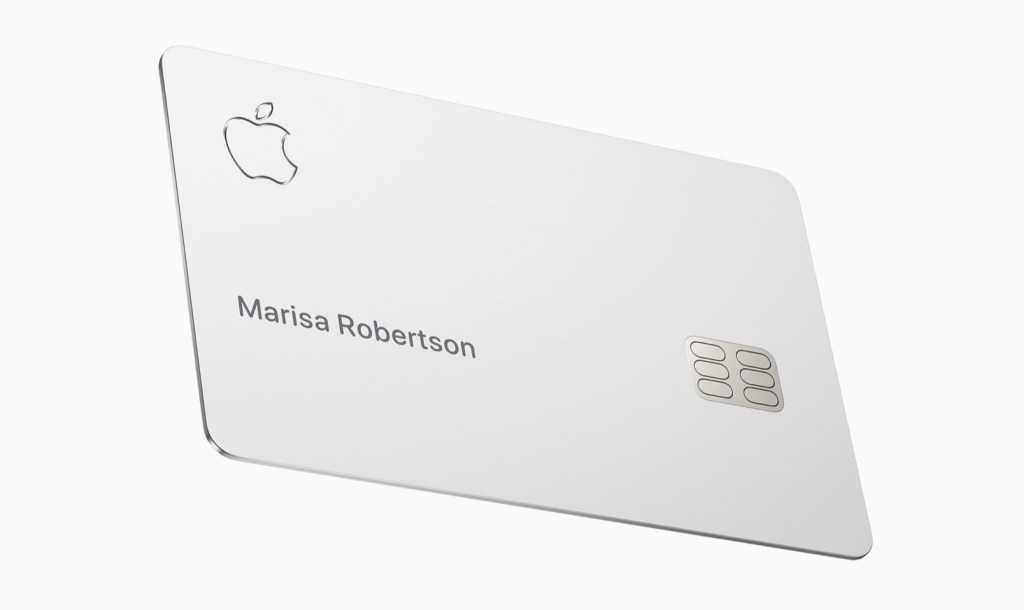 Above: Apple’s titanium version of the Apple Card.

Another reason to sign up for Apple Card: greater transaction privacy. Apple has maintained that its customers are “not the product” with its services, which is to say that it doesn’t harvest or sell their personal information to profit off their data. With Apple Card the company can facilitate transactions that have similar end-to-end encryption and privacy protections as other communications through its servers. Additionally, it says that Goldman will not share transaction details with third parties.

Previously, Apple’s proprietary Apple Pay system served largely as a facilitator between card issuers and retailers, authenticating users’ identities so their purchases can be completed wirelessly. Apple took a tiny cut of each purchase in exchange for biometrically identifying the customer; now it will get a larger cut for handling a bigger part of the card issuing, relationship management, and transaction business.

Apart from Apple Card, the only way to use an Apple-backed service for Apple Pay transactions is Apple Pay Cash — effectively a debit card backed by the Discover Debit network. Apple Pay Cash was primarily intended as a Venmo alternative to help iPhone users receive and send funds with other iPhone users. Users can add funds to the Apple Pay Cash Card from a bank account or other debit card, and transfer funds back into a bank at will.

Apple and Goldman will begin to offer Apple Card this summer. Apple says that signups will be handled directly from iPhones, with quick approvals and access to device-specific card numbers. Users interested in joining Apple’s notification list for the Card can do so here.