BitTorrent owner Tron announced it will invest $100 million in blockchain games over the next three years.

The San Francisco and Malta-based Tron wants to spur more innovation in the emerging technologies of blockchain and cryptocurrency, and it knows that games are usually the first thing to take off on new platforms, said Roy Liu, head of business development at Tron, in an interview with GamesBeat.

“Our mission is to bring the blockchain to mass market,” said Liu. “Games led the way to make smartphones and virtual reality more accessible. Now it’s happening with blockchain.” 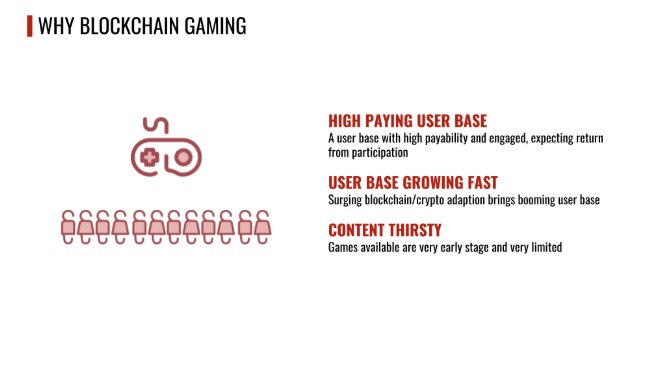 Above: Why gaming could lead the way for blockchain.

Tron’s ultimate goal is to build a decentralize internet infrastructure. To that end, it wants to create applications on top of its platform, and it will host its upcoming Nitron event for developers in San Francisco on January 17 and January 18. It is inviting former basketball star Kobe Bryant to speak at that event.

Tron founder Justin Sun wants to build a blockchain game ecosystem, and that’s a big deal as Tron’s TRX currency is one of the 10 most valuable cryptocurrencies, with a valuation (which has been pummeled recently as all cryptocurrencies have deflated) of $994 million. Not bad for a year-old company.

“Why is it important to be in the top ranks? This means the currencies are tradeable,” Liu said. “Tron is one of the few other currencies with a legit use case and volume and liquidity.” 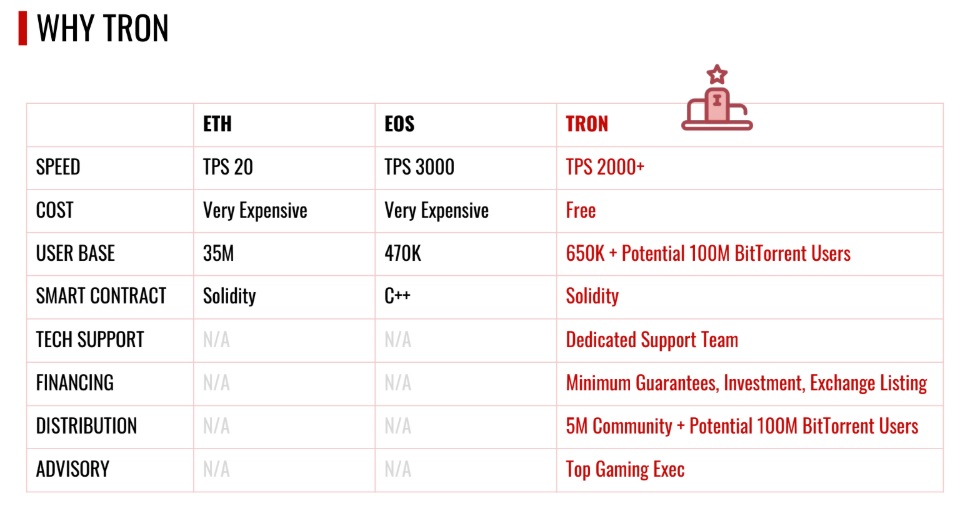 Above: How Tron’s TRX stacks up against other cryptocurrencies.

Liu said that mobile platforms are a good comparison. Since 2007, when the first iPhone was released, the market of mobile games has been continuously expanding to $70 billion. Liu said you can foresee the day when blockchain technology — which offers transparent and secure decentralized ledger — will disrupt the global economic system, including games.

As for recruiting developers, Liu said that Ethereum developers will have a seamless transition to developing for Tron. He said Tron has already made some investments that it will announce later.

Tron launched its MainNet network in June, and it can handle 2,000 transactions per second, compared to 15 for the popular cryptocurrency Ethereum. Tron has enabled developers to use smart contracts on its MainNet, with support for multiple languages including Solidity.

Liu said that there have been a lot of scams in the blockchain and crypto worlds, but he noted that Tron has built a team of 300 across San Francisco, Beijing, and Malta. And Tron’s founder Sun acquired BitTorrent in June for $140 million. 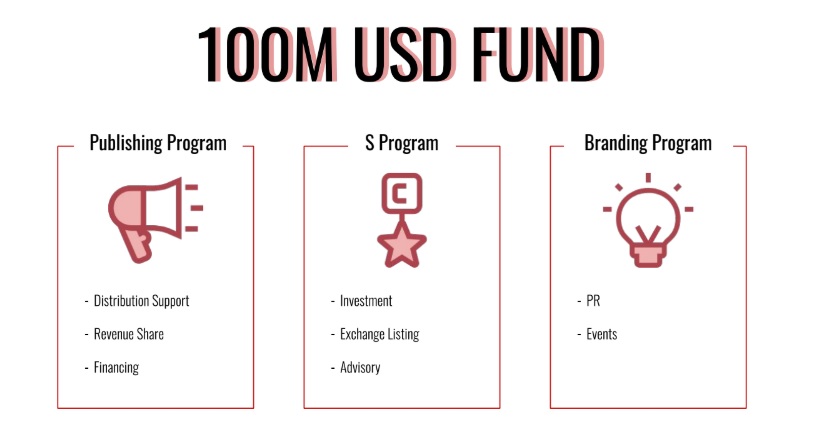 Liu said that Sun hopes to popularize cryptocurrency among BitTorrent’s users through the BitTorrent tokenization project, which is known as Project Atlas internally. It is not hard to imagine, Liu said, that once the tokenization is completed, Tron will have the largest decentralization application (DApp) and substantial user traffic for other application scenarios.

“Online games have already proved to be the most mature area of traditional internet,” said Sun, in a statement. “In the future, when the internet is decentralized once again, online games will be undoubtedly crucial as well. Through establishing the blockchain game fund, Tron hopes to tackle with the inherent problems in the gaming area using the decentralization, openness, transparency, and immutability features of blockchain. As a result, players around the world can get the best blockchain gaming experience, and blockchain technologies can be spread. Decentralization of the internet will finally come true.” 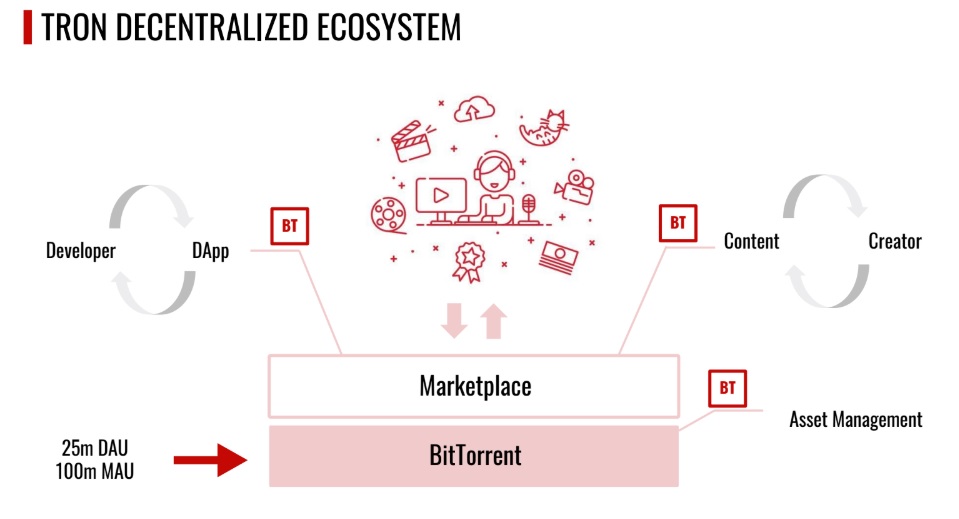 Above: The Tron blockchain ecosystem.

As for the deflation of the cryptocurrency values, Liu said, “It’s good to squeeze out the bubbles in the market. The scam projects are going out. The market will leave only the most valuable companies. Cryptocurrency is not going to replace fiat currencies (like the U.S. dollar). ”

Liu said that games with blockchain technology will be able to have unique items, dubbed non-fungible tokens, that can’t be duplicated. Those collectible items can be more valuable, and gamers will be able to profit from them.

“In the past, you made a purchase,” Liu said. “Now, with blockchain games, that can be different. You can earn stuff, or a token, while you are playing. It makes the world of Ready Player One real. That’s how I think blockchain will change everything.”

That brings to mind our vision for the Leisure Economy, or getting paid to play games.