Founded out of Phoenix in 2013, Carvana offers an online platform for buying and selling cars, while also providing financing options for those unable to pay upfront. The company delivers cars to buyers across the U.S. and even offers next-day deliveries in some regions. In December 2013, the company opened a used-car “vending machine” in Atlanta, letting customers collect cars they had purchased online. A year later, Carvana took things to the next level with the launch of its first coin-operated machine in Nashville, serving up a five-story unit replete with automobiles ready for collection.

The Atlanta hub was a single-story structure with bays for cars — there was no real automation, as such. But in Nashville, Carvana adopted a fully automated robotic system that delivers a car from anywhere in the building to the customer waiting outside — a process that’s triggered when a customer inserts their “coin” into an actual physical slot. 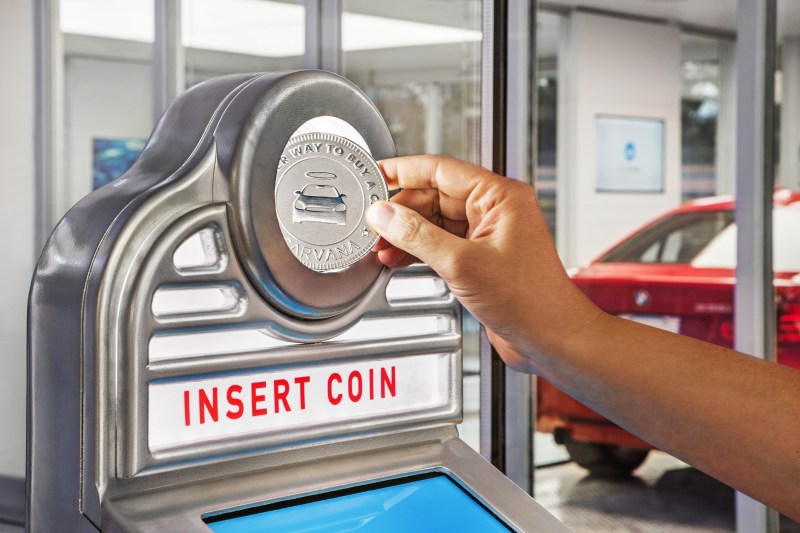 Though the process of collecting the car is pretty much entirely automated, there are staff waiting to meet and greet customers arriving at their pre-scheduled time, and to answer any questions. The customer service representative then hands the coin to the customer, who inserts it into the machine.

In truth, the system does feel a little gimmicky. The purpose of vending machines, surely, is to have an entirely automated system that doesn’t require human intervention. Because Carvana’s contraptions are staffed, they are only open during business hours of 9 a.m. to 7 p.m.

However, pushing all cynicism to one side, there is little question that Carvana has injected a bit of fun into the car-buying process, and these vehicle vending machines will appeal to geeks from every demographic. It also offers, perhaps, a glimpse into the future, as it’s not difficult to see how easy it would be to completely remove the customer service rep from the process.

The new eight-story vending machine in Houston houses up to 30 vehicles — 10 more than its Nashville counterpart. 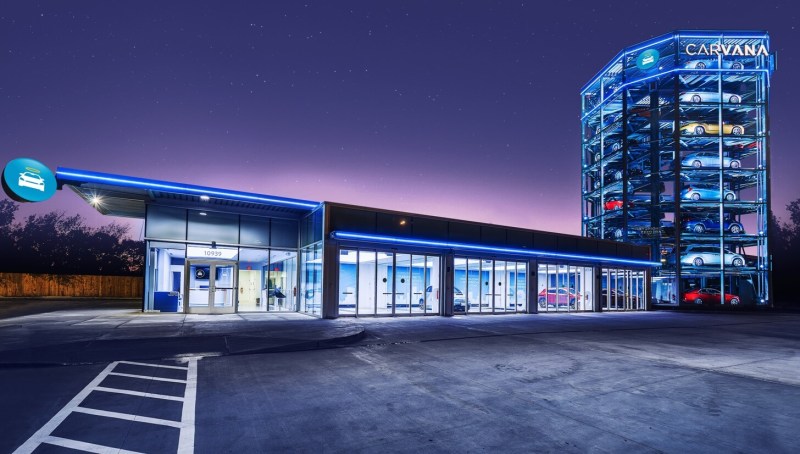 Carvana raised a chunky $160 million funding round back in August, taking its total money raised to nearly $500 million. A month later, New York-based Vroom closed a $50 million round for its pre-owned car marketplace, taking its total funding to $218 million in three years. All this points to there being an appetite for buying and selling cars online, but Carvana, in particular, highlights a growing trend we’re seeing across the technological spectrum — automation.

“People responded so positively to our Nashville vending machine that we knew we had to bring the experience to additional markets,” explained Ernie Garcia, founder and CEO of Carvana. “Houston is a natural fit for a car vending machine, and we are thrilled to be able to offer customers this unique and, we hope, memorable pick-up option. As they say, everything is bigger in Texas, so our first car vending machine in the state had to reflect that mantra.”

The new vending machine is located at 10939 Katy Fwy., and those who don’t live near one of the vending machines can still elect to have a car delivered to their door, in line with the company’s broader service offering.

A company spokesperson told VentureBeat that it plans further coin-op vending machines in “as many markets as possible” over the next few years, but it couldn’t confirm any specifics.