On-demand restaurant delivery platform DoorDash is rolling out two new services to customers from today: a subscription plan and a food pickup option for faster takeout.

DoorDash has been dabbling with a monthly subscription pilot program for at least a few months already, but now the company is officially launching its $9.99 DashPass service, which gives consumers free deliveries on all orders of $15 or more. 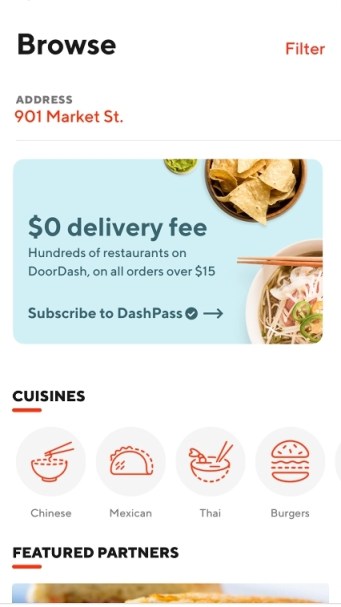 This offering makes plenty of sense for DoorDash. Much as an Amazon Prime encourages consumers to buy all their stuff from Amazon by offering free deliveries (amongst a bunch of other perks), DoorDash is urging customers to order more frequently from its platform with this monthly subscription. On average, the company said, membership should pay for itself with three orders each month. So those who already order from DoorDash, say, once or twice a week stand to see quick savings with the monthly subscription — and may be inclined to place even more orders, knowing they won’t have to pay additional fees.

Postmates has offered a $9.99 monthly “Unlimited” subscription since 2016, though it only applies to orders of more than $20. So it looks like DoorDash is trying to steal a lead on its rival with a lower minimum order threshold.

“The average DashPass subscriber saved over $20 per month and ordered nearly twice as much after subscribing during the pilot program,” the company said in a statement.

For those who’d rather save their $10 per month and collect their food in person, DoorDash is now also offering a pickup service. It’s effectively a “skip-the-line” offering, whereby you can place your order ahead of time, walk into an eatery, grab your food, and walk out again. This may prove particularly popular for time-pressed workers who want to pick up their breakfast or lunch without hanging around. Or it may be useful for lower-value orders, such as coffee or a single burger. 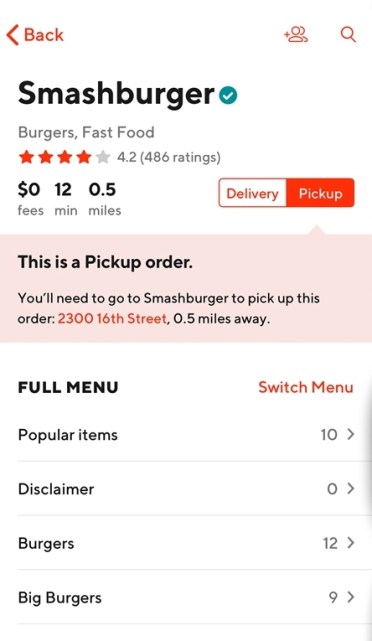 Founded in 2013, San Francisco-based DoorDash now operates in more than a thousand cities across the U.S. and Canada, and it counts a number of tech-infused delivery and logistics startups as competitors, including Postmates, Uber Eats, and GrubHub.

Reports emerged earlier this year that DoorDash had recently discussed a potential merger with Postmates to fend off other well-financed rivals. However, DoorDash itself is now pretty well funded — the company has raised a whopping $721 million, including a $535 million round just a few months ago.