VentureBeat: For commerce, don’t you want to get to something like millions per second?

Harmon: Absolutely. Here’s the way it works. You somehow have to scale to millions or even more. When you see these claims in the market of platforms doing millions or billions of transactions per second, it’s important to understand how many transactions are being done by a single cluster of computers or sub-network of computers. We’ll call them shards.

In our case, a single shard – for example, the 39 members will each be running a node in the first version of the network, and that will be the first shard – those 39 computers will be able to process 100,000 transactions per second. If you add another shard and scale by adding more and more shards, there are some applications that parallelize their operations and take advantage of those shards in parallel. If you have 10 shards, you can do a million transactions per second, rather than 100,000. But if your application can’t be parallelized, and there are some that can’t, then you’re limited to the performance of a single shard. Even in the case of a single shard, by comparison, we’re an order of magnitude faster than the fastest in the market today.

In the worst case we’re faster than anything else by an order of magnitude. In the best case, we can scale up to millions and billions of transactions per second, because we can do it in parallel. 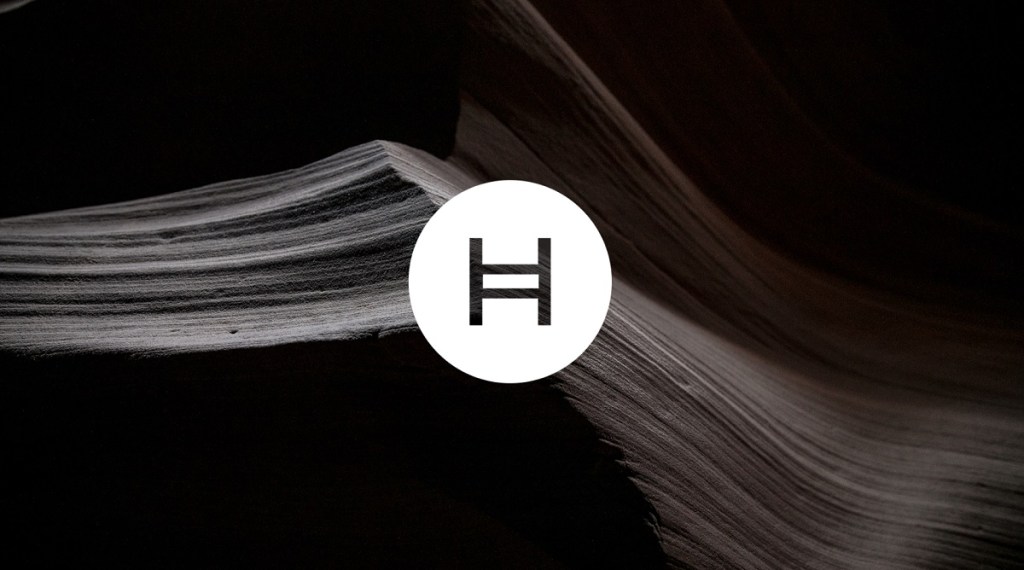 VentureBeat: As far as where it’s going to get used, do you see any obvious places where people are going to move fast to implement this?

Harmon: An application we directly enable is micropayments. By definition that’s the ability for one party to pay another party a fraction of a penny. That’s not practically been possible previously, certainly not on an internet scale. There are various reasons for that, both technical and economic. There’s nothing in place that allows me to pay you a tenth of a cent. But if you can do that, create that payments layer that supports micropayments for the internet, then you can realize new business models.

For example, you’ve probably seen that every January, Wikipedia gives you the pop-up asking for three-dollar donations to support the operations of Wikimedia Foundation. If my browser had a plugin with cryptocurrency in it, and every time I go to read a Wiki article, seamlessly, without my being involved, a tenth of a cent was paid to the Wikimedia foundation automatically, then the Wikimedia Foundation suddenly has a much better revenue model that supports them. Maybe it gives them far more revenue than they get today with donations.

The ability to have micropayments is going to be critically important for the internet of things. For IOT to realize its full potential, things need to be able to discover other things and engage in commerce directly, making micropayments in this thing economy. This is critical piece for IOT in the long term, or even in the short term, if you think about what’s happening in social media. Surveillance capitalism, the idea that the social media tech giants take your information and monetize it to marketing to advertisers. We are a product, in a very real sense. If it’s possible to have a payments layer, with micropayments that pay for services, this is a different revenue model that could mitigate the surveillance capitalism business model. Maybe it doesn’t go away, but it’s possible for consumers to have an alternative to the advertising model.

Micropayments is huge. The whole public ledger industry has been trying to achieve this and can’t do it with Bitcoin. A single transaction for Bitcoin today is 50 cents, but it changes daily. I’ve seen it as high as $60 per transaction. The bottom line is you’re not going to spend a quarter to pay a tenth of a cent to somebody. There have been proposed additional layers of infrastructure to put on top of Bitcoin or Ethereum to achieve all this, but it reduces security. It’s clunky. We enable it directly, natively. That will be available in the very first version of this. Micropayments is a killer app that we’re going to enable.

VentureBeat: How many people do you have working for you right now?

VentureBeat: How much money have you raised altogether to date?

Harmon: It’s about $100 million. There’s still some money coming in, but the milestone here is $100 million. But that’s independent of Swirlds. We’re going to kick off an accredited crowd sale. Everything we’ve done, as I’ve said before, is in the United States. I’m in Dallas, Texas. We’re being ultra-conservative when it comes to the regulatory environment and playing by the rules. What that means is, the only financing we’re accepting is from accredited investors. We’re opening an accredited crowd sale to kick off on August 1. It will run up to August 15, and that’s it. At the end of that we’re taking no more investment.

VentureBeat: The part about Ethereum that was interesting to me was the simple contracts you could build on top of it, the programming. One of the smart guys I talk to in games, Tim Sweeney from Epic Games, talked about seeing the world building this Metaverse, the virtual world of virtual worlds, and he thinks blockchain will be essential to that, but it has to run much faster. You have to get things like those contracts on top of Ethereum to run at 60Hz in order to build games and worlds that are enabled for that universe. I wonder about that side, whether you guys have thought about that. Do you think you can enable that kind of vision?

Harmon: Gaming has been a central focus for us from the very beginning. Back when Leemon was still working on the algorithm, back in 2012 and 2013 and 2014, we were thinking about how to integrate that with VR. Oculus was all the rage back then. Facebook was just at the point of acquiring Oculus. We’ve given it a great deal of thought. We think what we have is ideal for gaming. We’ve built in special features that pretty much only gamers would take advantage of.

We see a hybrid model. We agree that there needs to be really fast, high throughput for games, but I’m not sure I would agree—like I say, we see a hybrid model where you could have 10, 20, 30 people all running their game, built on this distributed consensus platform, on their computers. That network is just their network, a peer-to-peer mesh network, where they’re playing in this virtual environment. Let’s call them a shard, a shard of 20 or 30 gamers.

You may have thousands of shards, but what you want is a common set of resources for the entire universes. You want that to be fixed. Managing those resources – maybe there’s a limited number of coins in the whole universe – all those game resources, that’s managed by the public ledger, what Hedera would be. In doing so, you make it possible to achieve that Metaverse, a fully distributed gaming network where there are no central servers. It grows organically, and the public ledger ensures that you can’t cheat. It holds the world together in terms of the environment and the resources contained in it. Gaming is a huge vertical for our tech.

VentureBeat: Being able to run the universe fast enough is a big part of what makes that realistic, right?

Harmon: Exactly. That was one of the original motivations. Like I say, the beginning of this had nothing to do with cryptocurrency. There was a lot of motivation here to create a new version of cyberspace.

The vision was for individuals to reach out, grab a piece of cyberspace, hold on to a piece of cyberspace, and play together in that world, work together in that world, exchange goods and services together without having to trust a central third party with their privacy and data. That was the goal. And so it’s literally—the vision was to change the face of the internet. It’s at least two generations past Second Life.

VentureBeat: It’s also a world without a Facebook or a U.S. Mint, I guess?

VentureBeat: That’s where we get into some big significance in what you’re doing. You seem to have kept your eye on that at the same time as you’re doing all the math.

Harmon: To be successful in any business, you have to find a path through the market, from where the market is today to where you want it to be with your vision. We have a huge vision. We have a vision for how the internet should work. But we can’t start there. We have to start where we are today and incrementally get there over time. We’re finding that path.

That’s why we started with enterprise permission use cases. We knew we couldn’t create a council of 39 global blue chips without having demonstrated that the technology actually works, that big enterprises are willing to pay for it and use it. It’s a step too far. We’re being very thoughtful about finding the path for our vision.

VentureBeat: I wrote about Machine Zone partnering with you guys. What’s the nature of that?

Harmon: Satori is a product from Machine Zone. I guess the best way to describe Satori is it makes it possible to collect a lot of information from a lot of different sources and use AI to sort that information in real time. To achieve the kinds of use cases they want to achieve – for example, the equivalent of a decentralized Uber – they needed a payment system that could scale at the level they needed it to scale, with the number of transactions per second and the price point they needed. They partnered with us to use our public ledger for payments, initially.

VentureBeat: Is that in the testing stages now?

Harmon: I don’t know the answer to that. I know they worked internally with the tech, but I haven’t spoken them to know where they are in their work. Now, to be clear, in our work, in the creation of this public network, separate from Swirlds, we’re at a stage now where we’re almost feature complete. We will be feature complete within weeks. Developers will begin building products on this public network using these APIs at that point in time. Roughly about the same time we finish the financing. We’re getting ready to step on to that bridge.

VentureBeat: Could you summarize what you’re delivering to developers?

Harmon: We’re delivering a set of public APIs that make it possible for a developer to use one of three or all three different services. The first service is cryptocurrency as a service with native support for micropayments, as we’ve talked about. The second service is distributed file storage. You need a way to have files stored in this global network that can be used by smart contracts in your applications. The third service is smart contracts.

Ethereum, of course, has a smart contract engine that support Solidity, their scripting language. What we’ve done is taken that Ethereum engine and we’re using it with direct support for Solidity. All of those Solidity scripts that exist in the market, we will support them on our platform. We’re backward compatible with Solidity. Those are the three services. That’s what makes it possible for developers to build arbitrary distributed applications on our network, on Hedera Hashgraph.