There are 1,110 cryptocurrencies registered on Coinmarketcap.com; nine of them have a market cap of above $1 billion, and 377 have a market cap of above $1 million. This naturally begs questions like “Does the world need all these cryptocurrencies?”, “Will the one with the largest market cap survive and all others disappear?”, “Will a new currency take down the rest of them”, and “Could all these currencies co-exist peacefully” (no one really believes the last one from what I’ve seen). 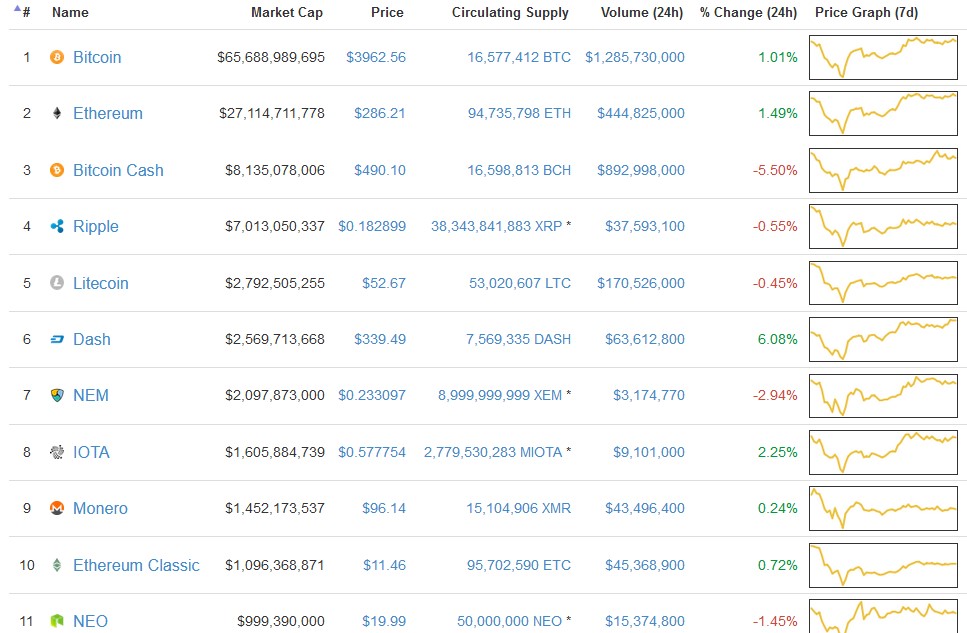 Above: Top cryptocurrencies in order of market cap — as of Sept. 20, 2017. Source: Coinmarketcap.com.

When looking for answers to these questions, it’s natural to look for a familiar analog to compare cryptocurrencies to, such as fiat currencies or precious metals.

While there are 164 official fiat currencies around the world, the comparison to cryptocurrencies quickly falls apart, as fiat currencies are artificially constrained by a country’s borders and monetary policies. If the borders were to go away or (as in the case of the European Union) multiple countries were to decide to standardize on a single currency, the number of currencies would shrink.

How about comparing cryptocurrencies to precious metals? After all, the supply/demand principle behind crypto and precious metals is very much the same — you have certain demand for a certain element (gold, silver, platinum, nickel, lithium, etc.), and you have supply provided by mining operations that are operating under a constraint of price of the material being higher than the cost of discovery, unearthing, and processing that material. 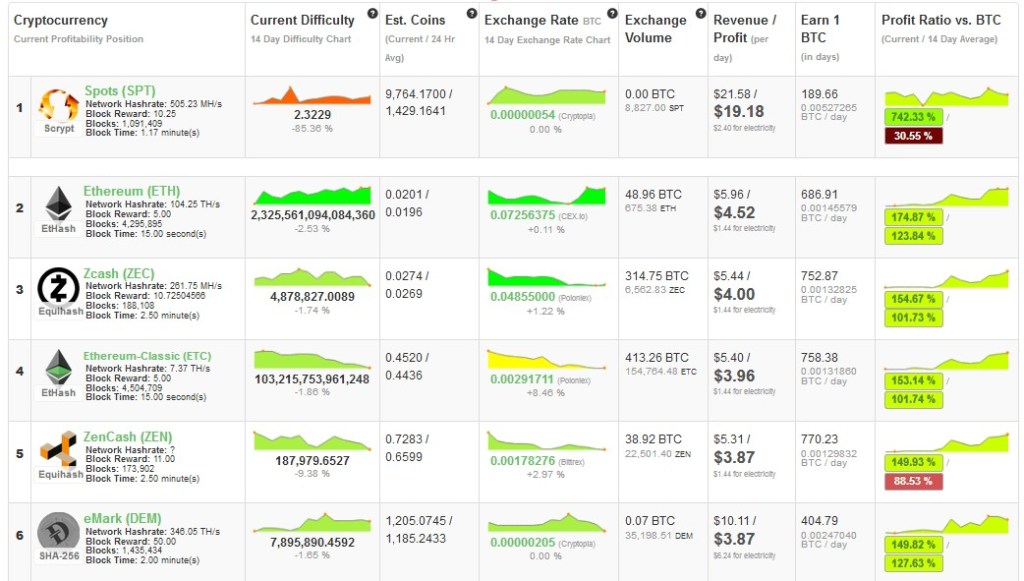 Above: Cryptocurrency mining comparison as of Sept. 20, 2017. Source: https://www.coinwarz.com/cryptocurrency

While similar in principle, the analogy doesn’t really hold up because (at least in theory), you can have one cryptocurrency that can do everything, but you can not have one metal that can take on the qualities of other metals (at least for now), so (again, in theory) cryptocurrencies could converge, while metals can’t.

So what else can we compare cryptocurrencies to?

There are hundreds upon hundreds of network protocols, addressing various communication needs at different levels. Some are responsible for basic transport, some for robust transmission, some for applications. While you could use some of the protocols for things they weren’t really designed to do (like using HTTP for streaming video), most of the time it will be suboptimal. Having the ability to pick and choose the right protocol for the job, however, has been incredibly useful and powerful.

What if we were to compare cryptocurrencies to software applications? It’s not that wild of a comparison. Each app is good at something, and each cryptocurrency or token is good at something too, or at least is meant to do something specific. There are multiple apps that do the same thing — some better, some worse, and there are multiple cryptocurrencies or token-based smart contracts that do the same thing; some do it better, some do it worse, some are designed for a particular region, some are integrated with other systems that make sense for a particular set of users. Hmm. Maybe they are like apps. And if they are, having thousands, even millions of them wouldn’t be out of line! (As of March 2017, there are 2.2 million apps in the Apple store, and 2.8 million apps in the Google store.)

While cryptocurrencies have characteristics of fiat money, precious metals, network protocols, and applications, they seem to have the most resemblance to these last two.

It’s fairly easy to see the evolution and specialization in blockchain-oriented protocols and the application focus of token-oriented ones. If you look at things from that angle, it might make sense to have many protocols competing in the payment space, evolving and converging, building on previous knowledge and experimentation. It also makes sense that we’ll see an ever-growing collection of tokens if you think of them as equivalents to applications.

Dan Itkis is a co-creator of payment-processor-on-blockchain project GRAFT Network.