This means we have to deal with the same insufferable onslaught of advertising and hype designed to convince people to buy lots of unnecessary stuff as a way to express affection for those they claim to care about. A sentiment that crushes one’s soul in simply typing it out.

It also means that I have to explain Thanksgiving, because in France, the anointing of a certain day as Black Friday seems a mysterious bit of randomness. Frankly, the Thanksgiving thing doesn’t help a whole lot, because it prompts even more bafflement. Wait, so it’s a holiday with the family, but instead people spend it waiting in line to buy stuff? Eventually, you just shrug as the French do and say, “It’s just like that” so you can go back to drinking your wine.

Unfortunately, this phenomenon is not limited to France. In fact, it’s pretty much everywhere now. You can go online this morning and see videos of deranged shoppers from South Africa to the United Kingdom. It doesn’t matter that many of the sales are likely phony. Humans gotta do what humans gotta do.

But as the season ramps up, there’s plenty of cultural hand-wringing about how all this came to pass. And, by and large, the finger of blame is pointed squarely at U.S. tech companies. Some would be more specific and just point to Amazon. But given that everyone from eBay to Apple to (insert well-known ecommerce company here) has Black Friday sales that flow across international borders, there is plenty of disgust to go around.

In an interview with Time magazine, Paul Murphy, analytics director at the consumer insight firm Kantar, said it was the massive discounts Amazon started offering online in 2010 that brought the notion of Black Friday to the United Kingdom. In the face of rock-bottom discounts, U.K. retailers had little choice but to follow suit. “Retailers are under continual pressure to keep their prices competitive,” Murphy told Time. “You have to play on such a key weekend.”

And it wasn’t just discounts — they needed to leverage the kind of frenzied behavior that occurs on Black Friday by hyping the date and the limited availability. Thus, in one of the great moments in human evolution, the U.K. was soon able to boast of its own boorish shopping behavior (or, as they say in the U.K., “behaviour”), complete with stampedes. Yeah!

In France three years ago, a survey by Kantar indicated that about 60 percent of French residents had no clue what anyone meant by Black Friday. (Ah, such bliss!) Now? One report says that 70 percent of French residents consider Black Friday to be “unmissable.” Coincidence or not, even our local Christmas Market (Marché Noël) opens today in the city center. A seemingly quaint temporary village filled with vendors selling holiday fare now piggybacks on the notoriety of this capitalistic frenzy. 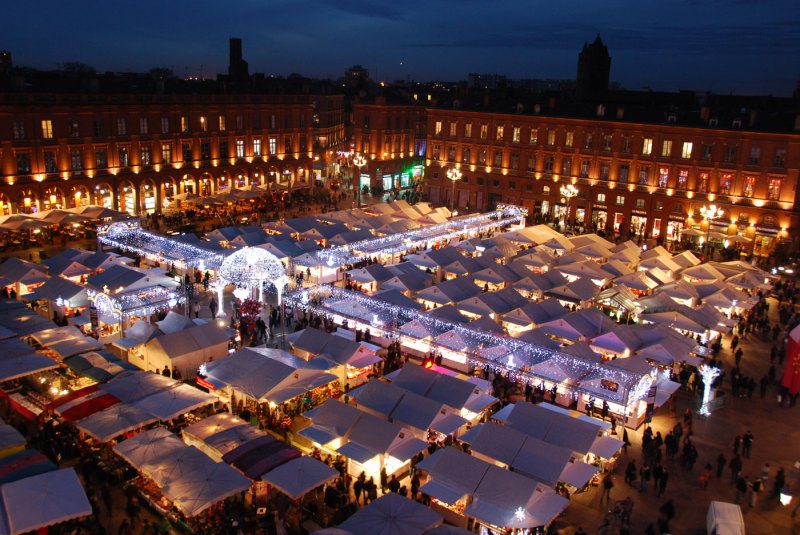 So, what changed in France? Amazon’s discounts began here in 2014. But the way the phenomenon has developed from there has French thinkers scratching their heads, trying to understand how it came to be and what it all means. Writing in The Conversation, Benoit Aubert, director of the ICD Paris business school and a strategic tech consultant at Propedia, says:

The interest of consumers, especially Americans exposed for decades to this operation, seems to be the ritual of consumption, a symbolic activity translated by a fixed-term behavior repeated in time. The ritual then becomes the trigger object of the act of purchase. It includes a personal or collective dimension, including through family attachments or friends. Black Friday also implies a real planning strategy in the pre-purchase phase, marking the involvement and the degree of experience expected. It is understood as a strong emotional act and can develop the spirit of competition to benefit from the windfall.

And it’s not just France and the U.K. that are affected, says Reuters. Germany seems to be the other main European player — Reuters said about 16 percent of German consumers shopped on Black Friday last year. And in Italy, Reuters says: “This year, all major retail chains are advertising discounts. Signature Italian department store La Rinascente is open until midnight on Friday and is advertising discounts of up to 50 percent.”

China, it seems, is only partially immune from Black Friday. Instead, it has Singles’ Day on Nov. 11, which creates its own shopping hysteria. But it’s pretty much the same idea.

There’s not much anyone can likely do at this point to stop the spread of the Black Friday pestilence. The virus has won, and we must now all just sit and watch it gradually consume humanity. But to the long list of complaints about the way the internet has made the world a darker, sadder place, you can now add the sin of spreading Black Friday Madness around the globe.