A new startup looking to stake its claim to a piece of the lucrative fintech pie has launched today with a physical card and app that aggregates all your bank cards into a single entity.

Built on the MasterCard network, the Curve card costs £35 ($50) up front, and can be ordered online or directly through the Curve mobile app, which launches today for iPhones.

Curve was founded out of London last year by Shachar Bialick, an Israeli entrepreneur with a number of exits under his belt from prior startups; Tom Foster-Carter, former COO of Osper, a mobile-first bank for kids; and Anna Mostyn Williams, who previously worked in marketing in the U.K. for Microsoft’s Xbox division. The company raised a $2 million seed round back in December from a number of notable angel investors, including Betfair cofounder Ed Wray and TransferWise cofounder Taavet Hinrikus.

Curve is soft-launching in the U.K. only for now, for a limited number of users in the business and freelancer realm, before it opens up more widely to consumers in the coming months. A broader launch in the European Economic Area (EEA) is expected to follow, though no timescale has been given for this. While we’re told a U.S. launch could be on the cards, it isn’t likely in the immediate future.

Once you’ve installed the app, you can manually add or scan an unlimited number of credit cards or debit cards through the Curve app, which in turns syncs them with the Curve card. Curve acts just like a standard bank card because, well, it really is just a standard bank card — it works with chip-and-pin, magstripe, and contactless technologies. 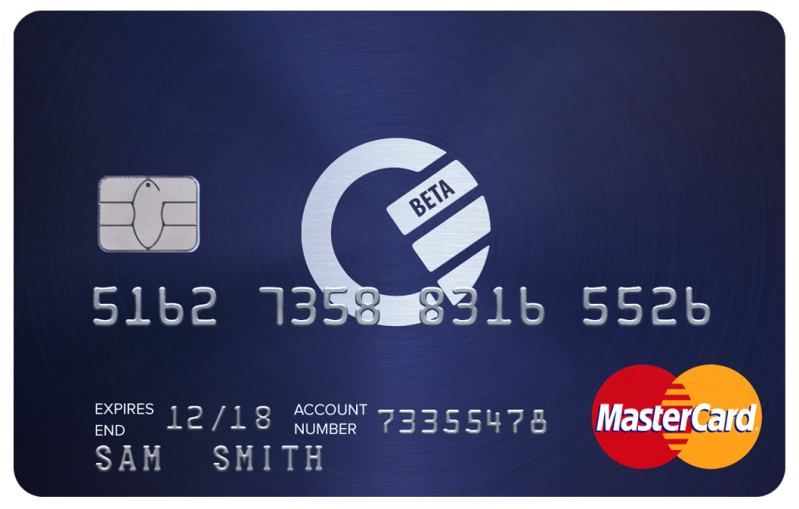 Curve will be most useful for those who have lots of bank cards and credit cards. You can essentially leave all your cards at home (apart from the Curve, of course), and if you wish to make a payment through your American Express, for example, you open the Curve mobile app and change the default payment card — this means you can pay with AmEx in places that don’t accept AmEx and still collect the usual reward points. If you then need to withdraw cash from your main bank account, just tap a few buttons in the app to change the default card and you’re good to go. 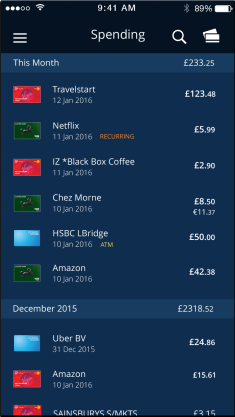 Following in the footsteps of other smart banking services, such as Mint in the U.S. or Number26 in Europe, Curve also gives you a breakdown of all your incomings and outgoings across all your cards.

On the surface, Curve seems much like the myriad of smart credit card devices to hit the market in recent times, including Stratos and Coin, but they are very different contraptions. Curve isn’t a Bluetooth device that connects to your phone — it’s a bona fide bank card that slips in your wallet and can be used anywhere MasterCard can be used. No battery or Bluetooth needed, and it’s completely phone-independent until you need to change the default card associated with your Curve.

During a private demo with VentureBeat last week, Bialick laid out his vision for what Curve is at the moment, and for what it’s setting itself up to become. Perhaps the most alluring facet of the product is that the Curve is being built to be future-proof to suit the most common payment mechanism of the time. For now, that happens to be a physical card, but really the card could be anything from an NFC ring to whatever else happens to come to prominence.

“We’re not another new bank or extra service to deal with, we transform your existing fragmented financial world into somewhere crystal clear, designed for the user,” said Bialick. “Mobile payments have the potential to bring similar benefits, but cards work everywhere and people are used to them. So we’ve created the best of both worlds — all the benefits of mobile payments via a groundbreaking card.”

Security is also a major concern for me when plugging my bank details into third-party services, but Bialick was quick to address such fears, saying that no data is stored within the app and no identifiable data is stored on its servers. A unique token is used to process each payment, meaning sensitive data is masked by a non-sensitive element that is basically useless to prying eyes.

The MasterCard partnership is also a notable part of the product — it’s a recognizable brand and is something people will be far more likely to trust. But why MasterCard?

“MasterCard is much more innovative,” explained Bialick. “If you look at the market today, all the new companies are working with MasterCard. Their systems are faster, they work with startups, they have specific departments in the company that knows how to work with startups.”

A major red flag for me with any new service is when it’s not entirely clear how it plans to make money. I would much rather pay for a service that I want to use than be left in the dark as to how a company will generate revenue. Will it harness and sell my data? “I have the same concern,” said Bialick. “We’re not using any of the user’s data, it’s not our product. So what do we do? We sell the card for £35.”

Future plans to monetize may also involve cross-selling other related fintech services, though nothing is set in stone yet.

Curve is one of many fintech startups that call the U.K. capital home, alongside the likes of WorldRemit and TransferWise, while U.S. companies such as Expensify are also setting up shop in London. While it’s still early days for Curve, this is one startup we’ll be keeping tabs on.