“This is just the start for us,” said cofounder and CEO Jack Dorsey, at a gathering in central London this morning, before adding that a broader European expansion would be coming at some point. 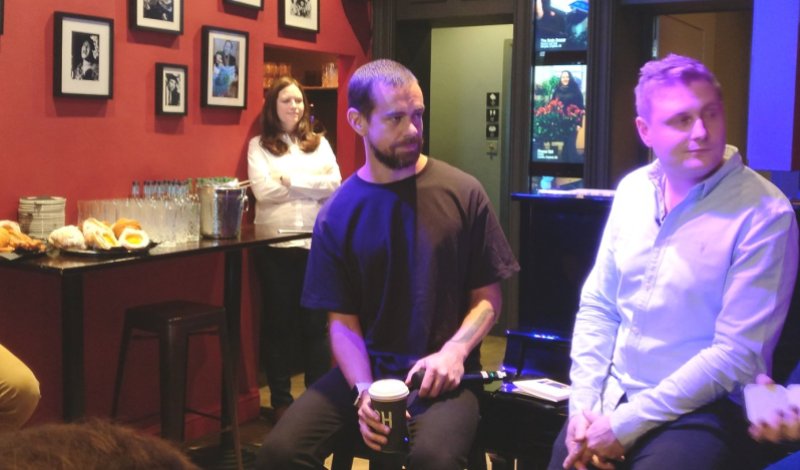 Given the different regulatory hurdles in each country, Square has to take a market-by-market approach to its launches, which is why it has only been available in four markets until now. But it also has to be confident that there is a product-market fit.

Founded by Twitter co-creator Dorsey in 2009, Square offers as its core product the physical Square Reader, which makes it easy for smaller businesses to accept card payments through a smartphone or tablet — the Reader connects to the device through the headphone jack. With the newest iPhone 7 — which doesn’t sport a headphone jack — merchants can use the bundled lightning adapter or update to the NFC-enabled Reader introduced by Square back in 2015, which also supports Apple Pay and Android Pay.

Supporting the Square Reader is the Square Point of Sale app, formerly known as Square Register, which is the software that powers transactions, letting merchants track sales and inventory, view analytics, generate digital receipts, and more. Together the two products are designed to replace cash registers and card terminals. 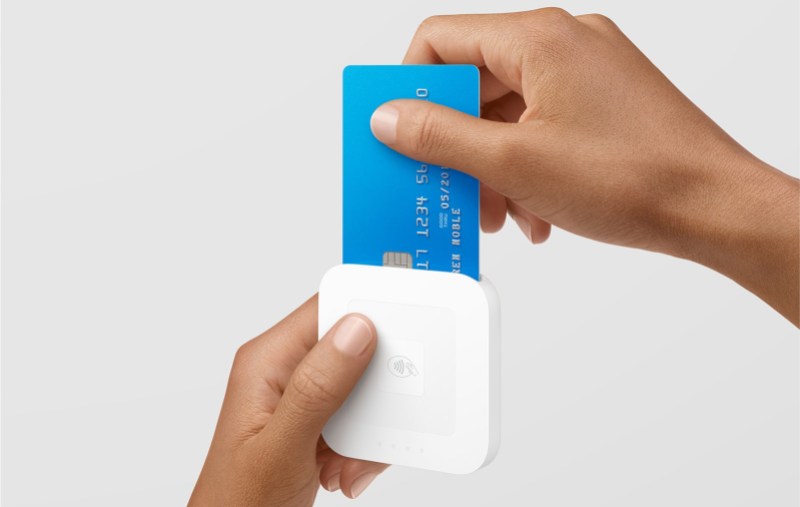 It’s worth noting here that Square Point of Sale has actually been available in the U.K., among other markets around the world, for a few years already, but it has so far lacked the full capabilities of the version that’s available in Square’s four main markets. On its own, the app allows businesses to record payments made with cash and gift cards, print or email receipts, and access real-time and historical sales data. But crucially it hasn’t been offered as part of Square’s broader payments business in the U.K. — and it hasn’t enabled card payments through Square Reader.

While Square has been incorporated in the U.K. since 2014, it hasn’t really operated as a business, as such. Square makes its money by taking a cut from each card transaction, meaning without such functionality Square has essentially been dormant in the U.K. — until now.

Competitors: the state of play

In some respects, Square is fairly late to the B2C mobile payments table in the U.K. Sweden’s iZettle, which is a near-identical proposition to that of Square, has been available in the U.K. for five years already. And last year, European rivals SumUp and Payleven merged to consolidate their collective presence in 15 markets — including the U.K.

iZettle is a heavily funded startup with around $200 million behind it, a significant chunk of which came just a couple of months ago.

“We’ve been waiting for these guys [Square] to arrive for a while now,” said iZettle cofounder and CEO Jacob de Geer, in a statement provided to VentureBeat. “We’re happy they can join us here, as healthy competition always moves a market forward — we’re fans of anyone who can help us level the playing field in the massive effort needed to democratize commerce for small businesses in the U.K.”

The response echoes that of pretty much any incumbent when faced with a big-name new competitor, but iZettle reckons it still holds the trump card over Dorsey’s outfit in the U.K.

“We are actually surprised it took them so long to get involved, and believe they have some catching up to do,” continued de Geer. “We have five years worth of data and understanding of the U.K. market, and we know from experience that the U.K. is a different beast to the US. We’ll be watching them closely, and with interest.”

Dorsey, for his part, says he isn’t concerned about existing players in its field. “We don’t believe we need to be first, we just need to be the best,” he said.

Square is doing well at the moment in its existing markets — its most recent financials revealed that it grew transactions 39 percent to $50 billion in 2016, though it still isn’t profitable. The company’s shares have peaked and troughed since it went public in November 2015, hitting a low of $8.63 in February 2016, well below its inaugural trading price of around $13. However, its shares have enjoyed a resurgence in recent months, spiking at $17.43 in the wake of its Q4 financials, a level the company has maintained in the four weeks since.

So while Square isn’t exactly riding on the crest of a wave, its growth is looking positive and it’s performing well on the public markets, which means investor confidence is high — it will be interesting to see what impact a U.K. launch has on Wall Street.

“We founded Square to empower small businesses with tools to accept all forms of payments and to make a sale anytime, anywhere,” said Dorsey, who serves as CEO at both Square and Twitter simultaneously. “We look forward to working alongside the millions of entrepreneurs and thriving independent, small and medium-sized businesses across the U.K., especially those who do not yet take card payments.”

The Square Reader will cost U.K. firms £39 each, which is on a par with the U.S. pricing. But interestingly, U.K. merchants will only pay 1.75 percent on each in-person transaction, compared to the 2.75 percent flat fee charged in the U.S. And retailers integrating with Square’s API to process online payments through their website will pay 2.5 percent. Contactless payments are now the norm across the U.K., so it makes sense that Square is bringing the NFC version of the reader to market, rather than requiring merchants to swipe the card through the terminal.

Square has been testing its payments business with a number of retailers across the U.K., including the Piano Bar Soho, where VentureBeat was in attendance for today’s launch.

“Square has been a perfect fit for my business, allowing me to easily take card payments both at the table and at the door,” said the Piano Bar Soho owner George Hudson. “It’s intuitive for our staff to use with no training necessary, and the real-time sales data helps me keep track of how the business is doing, even when I’m in a remote location.”