Remedy Labs is opening up its medical insurance service to more people with the goal of preventing excessive billing and charges. The company said it’s now in a public beta, but there’s a first-come, first-serve waiting list. It claims that it has saved its undisclosed number of customers an average of $1,000 per year after discovering errors for half of them.

Started by former TaskRabbit executive Victor Echevarria, along with John Schulte and Marija Ringwelski, Remedy has some Mint.com-like characteristics. You enroll in the service, connect your account with your insurance portal and let Remedy monitor for activity. To ensure protection of people’s privacy, the company requires you to digitally sign an authorization form giving it access to your data. 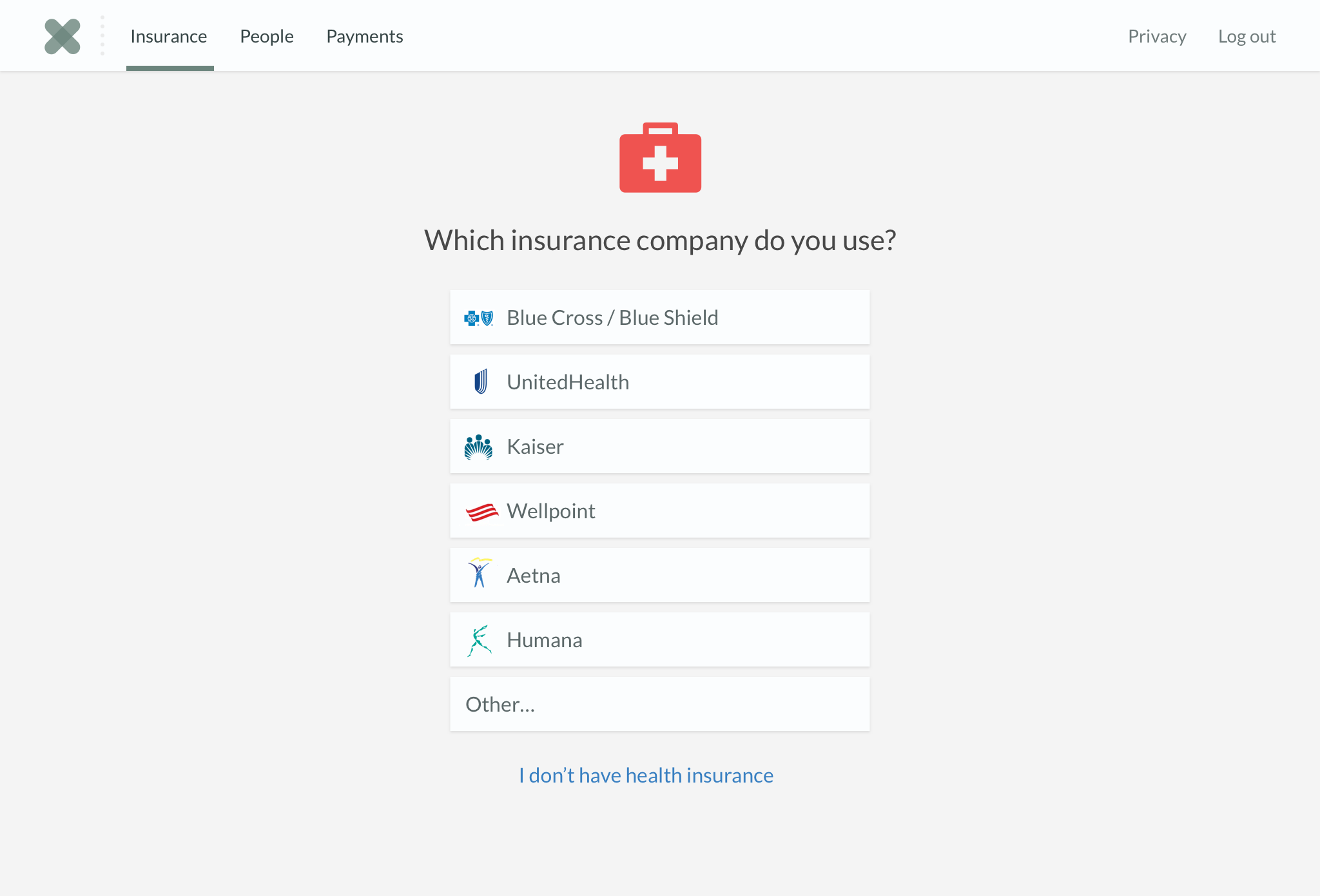 When you have a doctor’s appointment for a vision, dental, or medical-related issue, the insurance bill will be analyzed by Remedy’s technology and network of specialists, who will ascertain whether the charges are accurate. If there’s any dispute, the company will advocate on your behalf with the insurance provider. Remedy can also process payments for you.

After you’ve signed up for the service, Echevarria stated that Remedy will be able to look at all your claims retroactively and find ways to reconcile any erroneous charges. The company integrates with all major insurance providers within the U.S. and will charge you if there’s any money saved — Echevarria said that 20 percent is charged as commission, with a maximum fee of $99 per bill. 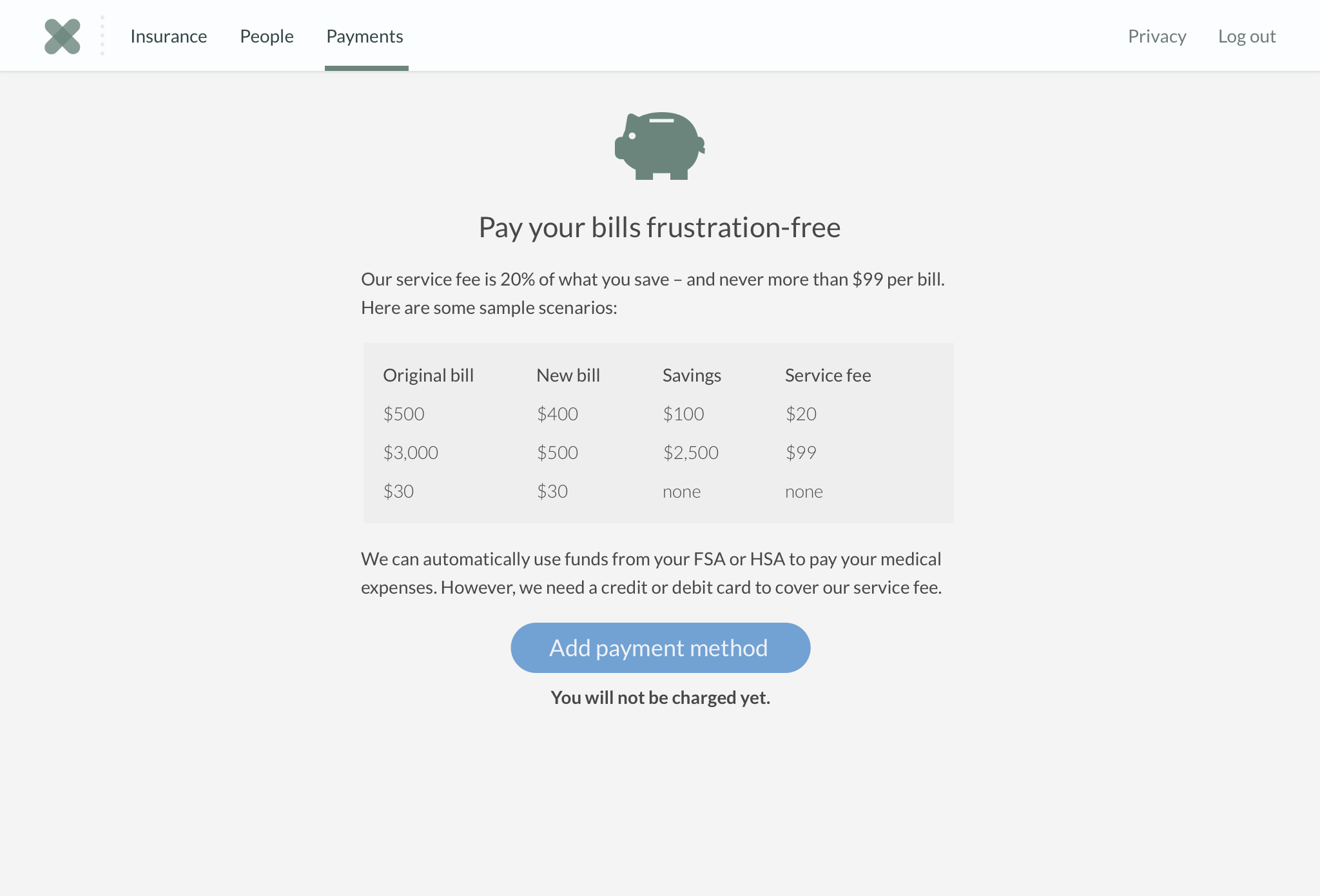 Above: Remedy Labs not only analyzes your insurance bills, but also allows you to pay what you owe through its service.

According to the Centers for Disease Control and Prevention, in 2014, the U.S. spent $3 trillion on health-related issues, which made up 17.5 percent of the country’s Gross Domestic Product (GDP). That’s a lot of money being passed around for hospital care, physician and clinical services, and prescription drugs. And how often are we really looking at our medical bills to see if we’re being overcharged?

It’s not necessarily the major operations or procedures that we might pay extra for. Echevarria explained that lab bills and dental claims are often wrong. Further, he said that doctor’s offices and insurance providers aren’t necessarily incentivized to assist us in making heads or tails of the bill: “It’s hard to understand and is expensive.” 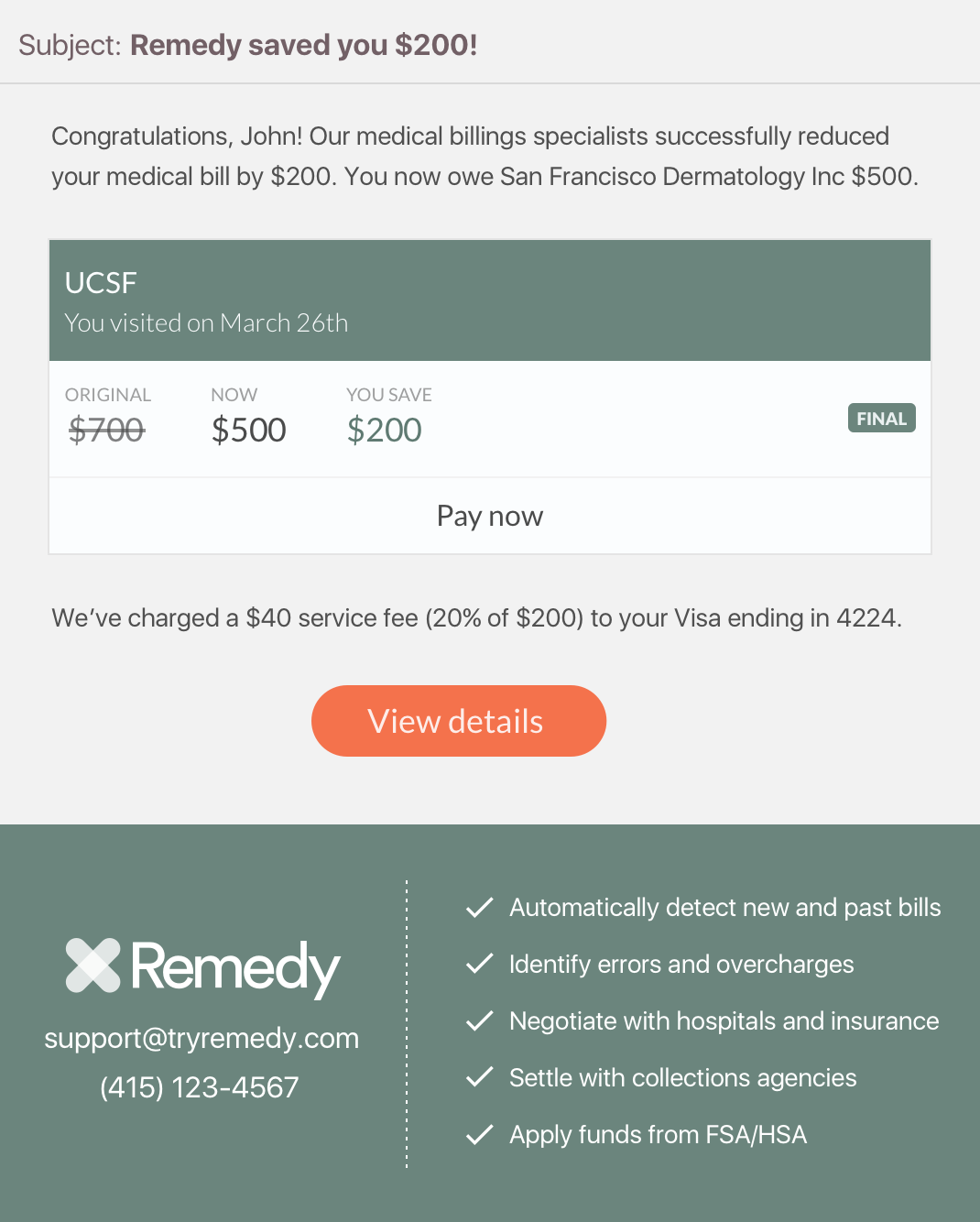 Above: An email describing savings Remedy Labs found for you.

“No one built a company to protect consumers directly,” Echevarria declared, explaining that there are many companies in the marketplace focused on revenue cycle management, but for providers and other companies with deep pockets. “Our ultimate vision is to protect everyone, not just those that are tech savvy and that have logins and passwords [to insurance portals].”

There’s nothing to download or install when you use Remedy, but we’re told that in the future, the company will begin communicating and delivering notifications to people through SMS messaging and other platforms: “It’s an important user experience to make sure [customers] are comfortable and kept appraised of what’s going on,” Echevarria excplained.

Because it’s an actor on your behalf, Remedy isn’t classified as a Health Insurance Portability and Accountability Act (HIPAA)-covered entity, but Echevarria claimed that his company treats security and data protection the same as any service that’s HIPAA-compliant. “The data that is on Remedy belongs to the user,” he said. “It’s pulled from the insurance provider for the user’s benefit.”

Remedy declined to provide any funding specifics, but, according to CrunchBase, in July it raised an undisclosed seed round from Koh Founders and Slow Ventures.

You can sign up for Remedy’s wait list today and the company will slowly accept more users on a first-come, first-serve basis.