Uber has ramped its delivery credentials up a few gears with the official launch of UberRush, a local delivery service that helps businesses get goods to consumers in a matter of minutes. 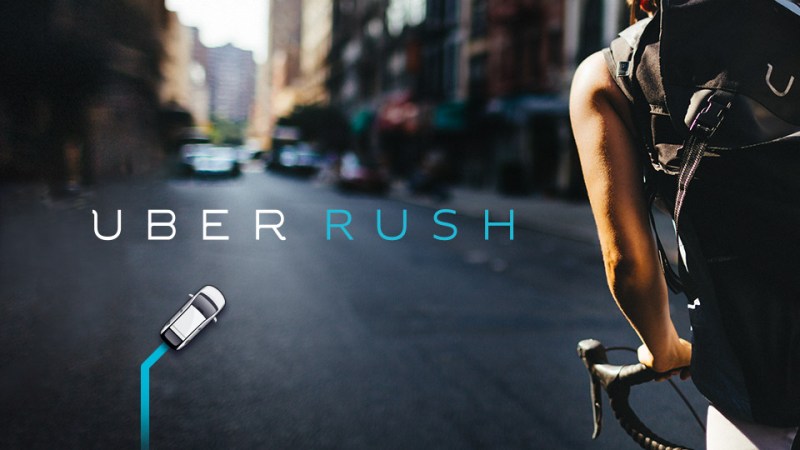 With the likes of Postmates and Amazon already serving the lucrative local delivery market, Uber has some competition. On the other hand, Uber already has the logistics infrastructure to tackle things head on — its driver network covers around three-quarters of the U.S. population. But not all drivers will have passengers at all times, so what Uber is effectively doing is putting the untapped potential of its vast transport network to better use, a network that has already been used to help deliver meals and other products around the world.

“Think about all the times you hop in the car to pick up groceries, house supplies, or Sunday night takeout,” said Jason Droege, head of UberEverything. “These little runs seem harmless but they add up. In fact, 20 percent of all trips in the U.S. are just to move things from A to B – and we’re wasting thousands of hours and gallons taking them.”

With its huge financial backing and brand recognition, Uber could put a big dent into the delivery logistics industry, thanks to a crowdsourced approach that lets anyone become a courier. It’s a model that’s easy to scale to other cities and countries, too.

Uber already has some big-name brands onboard for the launch, including Shopify which will be letting its third-party merchants offer their local customers same-day delivery on goods. Other ecommerce platform partners include Clover, ChowNow, Bigcommerce, Delivery.com, and BloomNet.