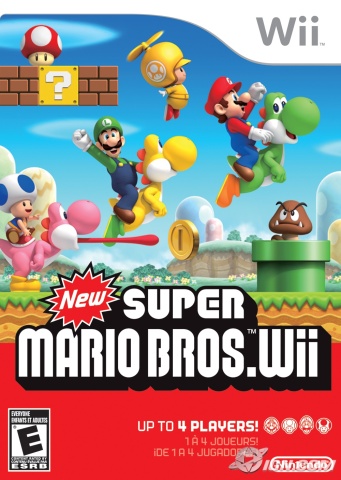 Editor's note: Many noticed the absence of Princess Peach from the roster of New Super Mario Bros Wii. So did Jeffrey, who sees it as part of a bigger problem: the sexism of playable characters. Does it bother you that many games don't give you the option to play a female character? -Jason

When it comes to character selection or customization systems of any sort, one of the most significant things that agitates me is that so many leave out female options. This happens even in games where the gender of your character has no consequence on the game's story.

The most noteworthy of recent games to do this is New Super Mario Brothers Wii, the game that was within a hair of reuniting the team from Super Mario Bros. 2 for another stomp session, only to cop out on Princess Peach to give us a pallet-swapped Toad as the fourth player.

When asked about this, designer Shigeru Miyamoto said that Nintendo didn't want to animate Peach differently and get her dress to move properly. His animators' inability to handle Peach didn't stop them from producing a scene where Bowser kidnaps her in what has become one of gaming's longest-running sexist jokes.

Did we really need to save the princess again? Couldn't Nintendo just make a Mario game where Bowser attacks the Mushroom Kingdom and needs to be stopped? Or would such a huge change to the story blow the fragile little minds of Nintendo's fans?

Princess Peach apparently rates high enough to get her own DS game, but she doesn't rate high enough to edge out a second Toad. It's an oversight that's so obvious that pretty much everyone I know asked about it after Nintendo first showed the game.

I'm also angry at Call of Duty Modern Warfare 2. Nowhere in that game (in single-player or multiplayer) did I even see a female that wasn't dressed in civilian clothes and running in terror, much less get to play as one. Apparently it was vitally important that none of the playable characters in that game (that have no lines and you never get to see) be distracted by a sexy bod.

The game's multiplayer doesn't even let you customize any aspect of your visual identity, so I guess one of the random half-assedly thrown-together avatars provided for you to magically teleport into couldn't be a woman because some manly man might notice that he looked feminine to his enemies and feel upset. I guess it's impossible to shoot another person in the head effectively unless you have balls dangling between your legs. It's not like women fight in wars or anything.

Don't tell that to the makers of Metal Gear Online, though: Hideo Kojima apparently never got the memo that chicks can't fire guns. (You have to pay extra to play as a woman, but at least they provide that option.)

I recently looked on the forums for the Massive Action Game (aka MAG) — the lamest name ever — and read their excuse for not including female avatars. They didn't have room in their animation pipeline to do a separate animation scheme for women avatars.

For what? What would've been so terrible about creating female avatars that the developer, Zipper, could tweak enough to fit the male animation scheme? It's not as if a girl has to shake her tits every time she reloads, guys.

I see all of these excuses as pretty much one answer: "We don't care." They think that they wouldn't profit from including female avatars since women aren't the demographic for shooters and action. (But Miyamoto, though? Plenty of girls play Wii games. You just thought that girls feel that Toad is cute and want two of him?) If it costs any extra effort to do and isn't expected, as it is in RPGs, it gets left out entirely.

So female gamers that do exist (and they do — I checked on Wikipedia) and weirdos like me who prefer female avatars receive second-class treatment from game developers — and no one bothers to take gamemakers to task over it because they don't even worry about what kind of message this sends.

If you want gaming and your own series to gain a larger audience, maybe you should stop putting the "no girls allowed" sign on the outside of your clubhouse. 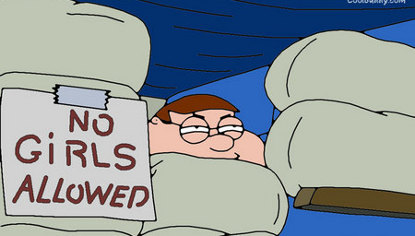