Video games have been trying to meet standards that the movie industry have set for them since the mid-90s. The truth is, nobody other than producers and studio big wigs need this to happen. Every medium has its own unique strengths. Video games allow creators to build amazing new worlds for their audience to explore, and the level of creativity and interaction available in most games is something that movies never matched. At least until the release of James Cameron’s Avatar. 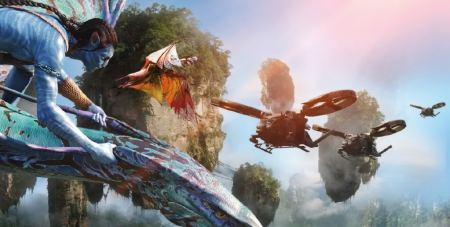 As soon as Jake Sully steps out of his cryo chamber, the movie follows him as he explores the new worlds presented to him. The film does an excellent job of pulling us into his adventure, and I think that for the first time non-gamers know how it feels when we play a game. Remember the first time you found the dark world in A Link to the Past, or when you escaped Midgar to discover entire continents to explore? While movies only let us watch, video games let us experience. Avatar is the next step to breaking down that barrier.

The movie begins mundanely as Jake lands at the military base, but it isn’t until he takes control of his Avatar for the first time that we really get to delve into this world. It was thrilling to watch this formerly crippled man learn to walk again and feel the dirt between his toes. When he first explores the jungle, we see him touch every flower and tree he comes across. And like the best video games, everything he touches does something. I don’t want to describe the scenes in detail; I’d rob you of your own discoveries.

As we watch the film, we see Jake’s avatar become stronger and more comfortable in the world at the same pace that we are learning more about the world of Pandora. He discovers that every creature he finds on Pandora requires a different tactic to approach their challenge, and his ability to handle these situations grow. In a sense, he levels up, and us with him. In a more direct World of Warcraft analogy — it’s totally badass when Jake earns his flying mount. 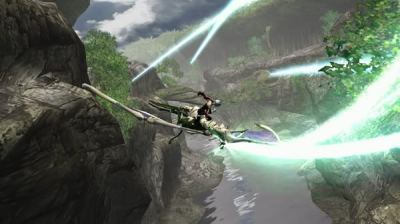 Avatar isn’t the first movie to show fantastic creatures or a hero that becomes stronger and wiser, but this is the first film that made me feel like I was part of the adventure.  Maybe I felt so drawn into Avatar because of the 3-D glasses, but think  it was the concept of the avatars that made it seem like a video game. The avatar program may very well be the world’s most expensive console, and the film’s metaphor of how modern society interacts through virtual worlds may be just as strong as its environmental message.

Avatar has been accused of being derivative, but James Cameron’s goal was greater than telling an original story. Like any of the best creators, he wanted to tell a classic tale in a new way. Adding a third dimension to the picture is only part of what he wanted to do. He wanted to allow his audience to explore a world they could only imagine, and I doubt he failed to notice that gamers have been able to do that for years. 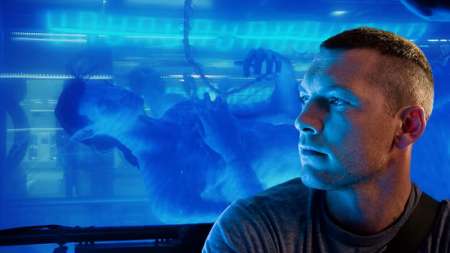 What do you think? Is Avatar the next step forward for cinema, or do you think plenty of other blockbusters provide a “roller coaster thrill-ride”? Should more movies try to involve the audience, or should we stay in our seats?