Whenever my wife and I drive through our town on dark and foggy nights, she’ll always mention how it looks like Silent Hill. Whenever I think I can get away with it, I’ll smack the radio dial to make the loud and frightening static (I eventually made preset stations for this). She’s never very amused by it. Yet, as terrified as she has always been by the eerie fog, she had never actually played a Silent Hill game. I knew she could only have been afraid of the game because of a hidden interest in it (and she enjoyed the movie), so I convinced her to play the latest edition with me. 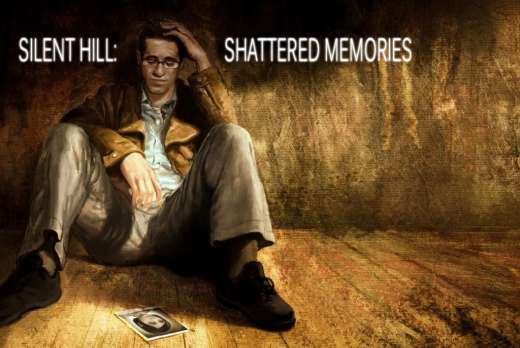 Silent Hill: Shattered Memories, from developer Climax, is a remake by the loosest definitions. Harry Mason still wakes up from a car crash in the town of Silent Hill to find his daughter missing, but the similarities end there. The first thing that you may notice is the absence of fog. That could have ruined the game’s atmosphere, but it’s been replaced with the worst snowstorm in the town’s history. When you are playing this game in New England in December, nothing could create more tension. 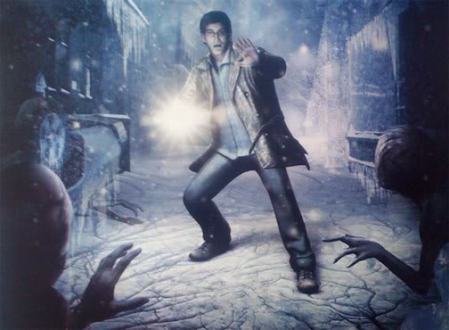 When the snow starts to fall, get ready to run.

The puzzles are what kept my wife interested throughout the game. Most of the puzzles are solved by deciphering hints left in voice mail messages on Harry’s smartphone. One puzzle requires you to listen for music notes playing in the background while you hear a woman fighting with her husband. Most of the puzzles tie the gameplay into the plot like this, and the phone calls lend well to Shattered Memories tone as a ghost story. There are several small storylines you can discover with your phone as you explore the haunted town. One of the more chilling tales was found in a car at a make-out point. The door was open with a girl’s sweater on the seat, and the message we found made us truly afraid for that girl’s fate (which I credit to the game’s fantastic voice acting). 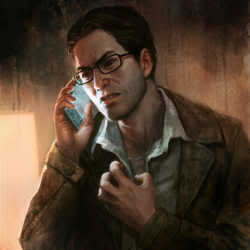 Harry’s cell phone is the key to most of SH’s puzzles.

The stories you experience change, along with other aspects of the game. The game keeps a psychological profile of you through Harry’s actions, and the plot is framed by visits to your therapist, Dr. K. In these segments you are given numerous tests. In one test, you are shown several people and must organize them by who think are alive or dead. How you answer these tests will alter settings, events, and characters. Harry’s behavior changes as well, with his personality ranging from heroic teetotaler to drunken misogynist. When the credits roll, the game gives you your profile results. Despite how terrifying the game was, my wife erupted with laughter when we saw how accurate the results were to my personality. 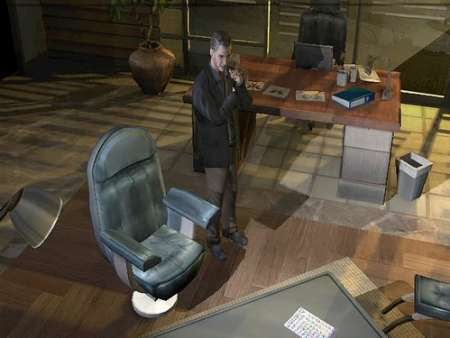 Is Dr. K your friend? He can be pretty darn mean for a therapist.

Shattered Memories is one of the most unique games I’ve ever played. Many games let you make your character look like you, but this is the first game that makes the character think like you. The controls, graphics, and music are all solid in the latest Silent Hill, but the psychology is what makes it different than anything you will play for a long time. The emphasis on psychological thrills makes the game feel less Lovecraftian and more like an M. Night Shyamalan film, which my wife appreciated. I expect that more games will utilize this kind of feature, but for now I’d settle for Climax remaking Silent Hill 2. James Sunderland is another patient of Dr. K (keep your eyes peeled!), so I’d guess a remake of SH 2 isn’t out of the question.