I've had a break through. After countless frustrations and endless complaining I finally understand The Library. The level in Halo that consists of countless zombie enemies constantly bearing down on you.

I have never been good at games. (I've never been good at anything really.) So when this game presented a challenge I couldn't overcome I thought it was just the way it was supposed to happen. I don't beat games. I play them until they piss me off, then I restart them or cheat at them to keep going. Modern games don't have Game Genie anymore though, so I just restart.

I just picked up Halo and an X-box a month ago and it was so hard to figure out that second control stick. I was used to Perfect Dark. Just walking with one stick. I only went back to trying the second control stick after an RPG called Morrowind forced me to use it. After a while I think I'm okay with it. Then this library level kicked me in the head. Things were coming from EVERYWHERE! Theirs no pattern or strategy to it. 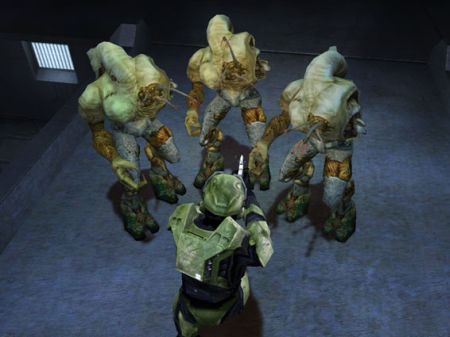 A breakthrough came from an unexpected source. I've been watching this Anime called Fooly Cooly lately. It's a hyper kinetic ball of strangeness and one of the characters (a weird girl named Haruko.) Is just unbelievable. A complete jerk and selfish to a fault but she really seems so interesting. This character and the production of this show seem to communicate one thing to me.

They just don't give a shit. 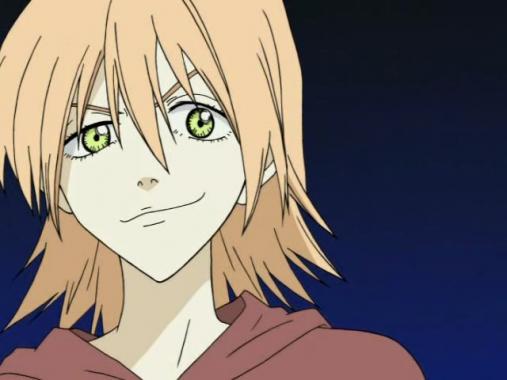 Is it weird that she's my idol?

The idea of just not caring what other people think and acting on what is important to me is just impossible. I feel like I'll never have that kind of confidence, since I'm not really a 'cool' person or 'likable'.

Still, I just want to try so much. I want to express the boundless emotion and energy I suddenly have. To show someone or something that there is something inside of me that is capable of more then wasting away and being afraid all the time. To show that I can be a great person if I'm just allowed to try.


Since my only outlet right now is video games and I wanted to express my wish to cut loose and enjoy myself recklessly. I decided to just throw myself at the game and see what happened.

Screw cover and screw memorizing spawn points. Just grab the two guns I like best (pistol and shotgun.) and go nuts. Damn the consequences. Haruko didn't have a plan when she fought in Fooly Cooly. She just ran at stuff and did whatever came to mind at the time. I can do that. I'm as awesome as I decide to be.

I threw on some music to keep myself moving and relaxed. Now I'm running around, my view darting back and forth like a spastic monkey, (I turned up the look sensitivity to look around faster.) and shooting whatever moves. Jumping into the fray and having fun. 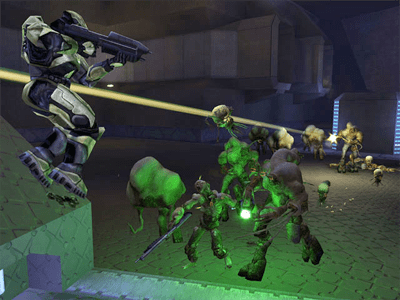 I'll take you all on! YEEHAW!

I've never had so much fun.

Patterns are starting to reveal themselves to me as I take stupid risks. I'm dieing a lot but checkpoints are plentiful so dieing is just an excuse to fight more. I am being fired at from all angles but my enemy can't hit the broad side of a barn. Shooting those bloated sacks on legs makes them explode, taking out other enemies with them. I can use as many grenades as I want because plenty of the enemies drop them. The enemies drop their guns after you knock them down the first time, so they have to run into shotgun range to attack if they get up again.

I see it all now. The game designers didn't want me to give a shit. They just want me to have fun. All you have to do to win is learn a few tricks. Then you have your priorities down and can go nuts. Why didn't games play like this before now? I was so sick of being expected to memorize level layouts and boss patterns. I can finish any game I want if they play like this!

So I blow up sacks first, then shoot enemies with guns with the pistol till they fall to take out the threat of ranged damage, then run around with the shotgun blasting the melee fighters in half. I'm staying on the move and nothing can touch me. I am an action hero, a whirling dervish of controlled chaos, reacting and executing flawlessly. I have experienced the Zen of shooters and the true escapism of games.

Just let go and be everything no one thinks you can be. Out there you are nothing, a scared kid. In here you're anything you want to be.