Editor's Note: Frank took it upon himself to further investigate the closing of Play magazine, and he managed to get a response from the man at the center of the event, Dave Halverson. Keep reading for Dave's first-hand account of what happened. -Jay 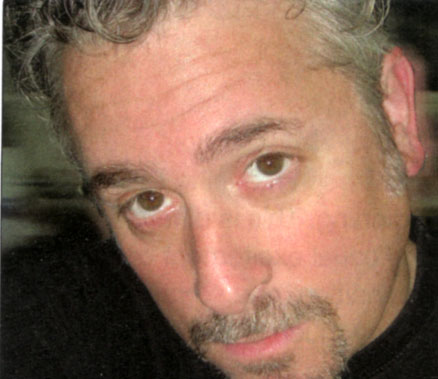 I might not have broken the story of Play's demise with my post earlier this week, but I was pretty shocked and taken aback when I discovered that the news was legitimate. Play was an interesting magazine. It used imagery better than any other magazine that I've read, even if the editorial was up and down at moments. To find out more about what exactly happened with Play, I contacted the man in charge, Dave Halverson.

His response seems genuine, and while I am sure many will jump to debate many of the points he makes, I do think it was rather awesome of him to take the time to sit down and write it. To those ends, I would like to thank Mr. Halverson. I promise any follow up responses can be found right here on Bitmob.com, and I will keep exploring this story. I know the public did not respond to this news with shock and awe, but I do consider the closing of any gaming publication a story worth pursuing, debating, and pondering. In that spirit, my correspondence is below.

I was hoping to discuss the closing of Play Magazine with you. I have been a loyal subscriber for a few years now, and just discovered the magazine was shut down. I am also hearing rumors that you may be looking into restarting GameFan.

Would you be willing to discuss any of this with me, or do you have any messages you would like to give to Play subscribers?

Thanks so much for the inquiry as I've heard many a disturbing rumor regarding Play's demise. Fact is it hit no one harder than myself. After nearly 10 year's of 'round the clock work, hearing the company was in dire straights this past November–I was working on the year in review issue no less, a celebration of sorts–hit hard. It was a culmination of things that ultimately took Fusion down. What was a terrible year ad-wise was made all the worse via Geek never finding its audience (a great mag tho). It was a big drain on the company but a risk admin felt (I'm told) was worth taking considering the potential. It just got worse though.

This economy is like nothing we've ever seen. Shame they robbed Peter to pay Paul though. Had I known I would have done everything in my power to stop it but my role was 100% creative. That said, I guess everything would still have been OK, had Q4 panned out anywhere close to normal but turns out it was a disaster. Over 60% of our advertisers decided to abandon print and go online exclusively. No matter how much we fought and could prove our readers choose print they just slammed the door in our face like we were pond scum. It was a rude awakening after 18 years. There's too much turn over in the game biz. Too many relationships come and go. Our best clients have always stood by us–or more over, our readers–so once again I've decided to tough it out and stay the course developing print, rather than joining the online community. Nothing against online, but, it just doesn't hold water for me. I love print media. always have; always will.

Truth be told I wasn't all that thrilled with Play last year. I felt we needed to evolve but was always met with skepticism and or fear. I wanted reviews back in, more original content, a bigger size and so on but it wasn't to be. So maybe this was meant to be. I love fresh starts and the way GameFan was taken from us has always haunted me, so, I figured why not… As magazines go all three I've been with have defied the odds. 1 in 10 succeed and even less make it past the five year mark so I guess I've been lucky in that respect. I just wish I could find someone on the business end as dedicated as I am on the creative so we could weather these storms that hit every now and again.

I set the new company up personally–it's my first since the original GF–so I'll be running the GF office until I find the right person to stay the course, so no surprises. No way I can go through this again. Making magazines is an extremely personal thing, at least for me. The only reason I really do it in the first place–it's also really hard on an indie level–is for the love of games and the people who make them, and the readers.

What a mess the US press has become. I can't sit by and watch great games get massacred while assembly line blockbusters get the red carpet treatment from freelancers who can't brave anything beyond extended tutorials or understand art beyond different ways to render a meat-head. Bigger isn't only not better, it's debilitating. The industry is all out of whack. That said, man, it hurts to read what people are saying. I've worked my ass off for going on 2 decades and have 3 kids. Like I need Joe-bonehead hurling accusations for them to ponder. But I can't involve myself in all the cynicism. That stuff drags you down. I prefer to stay positive and live every day.

As soon as the GF site is up we'll be offering free digital subs to Play subscribers and huge discounts on print. Issue 1 is on its way to newsstands now so by the time it hits we'd like to reach as many subscribers as possible. Fusion may be gone but I'm here for you. My crew is all new (and growing) and really pumped to be doing something unique. It's nice to work with hungry people again willing to brave the early days of building a print foundation; not an easy task. GF is work in progress but issue 1 is a good start in my book. I threw out the old format and started from scratch developing what I think a modern print magazine needs to be, and set up the co. in such a way that we don't need to rely so heavily on advertising. In a perfect world we'd nail down a dozen choice clients and close it off. In fact, we just may. Because at the end of the day 10 of our readers are worth 1000 online. The smart money realize it, and I've grown tired of trying to convince the "eyeballs" sect. Let 'em drop like flies. It's fun to watch.

…I feel a rant coming on so I better go, but hey, thanks again for actually asking me directly. This has been really hard on me. I've had to fight for every inch and some people still see me as some tyrant. I'm anything but money grubbing or greedy, which seems to be the problem. I just don't believe in cynicism, really dig a great video game, and believe that hard work and dedication is the only way forward (along with the new DL game nets). Next stop XBLA! Thanks.

PS. Shoot me your address and I'll send you the first issue of GF. Feel free to let any other subscribers know that I have their backs too. I'm limited in terms of what I can do to reach them so every little bit counts. Looking for like-minded gamers/writers and a business manager too if you wanna put the word out.