Editor's note: Michael's entry in our on-going, walkthroughs/guides-themed Bitmob Wants You writing challenge deserves its own spot on the front page…. -Demian

The video game industry is full of unsung heroes. From quality assurance testers and localization teams to narrative designers and production gurus, literally thousands of people involved in the business just don’t get the praise that they deserve.

But some of the most impressive of these heroes aren’t even employed by the industry proper. They’re the fans who willingly devote hundreds of hours of their free time to make the gaming community a better place. 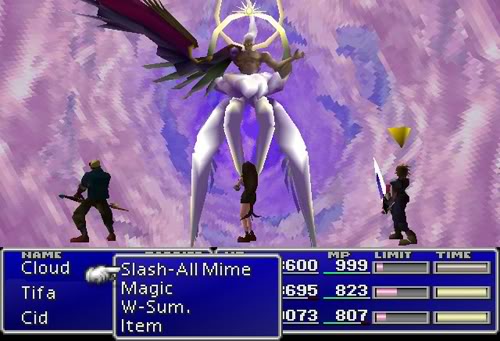 Chris MacDonald, aka Kao Megura, was one of these devoted few. During his all-too-short life, MacDonald wrote FAQs and move lists for a slew of popular games; he almost single-handedly charted the course of the modern FAQ format. His most famous work, a Final Fantasy 7 FAQ, is still considered by many to be one of the best ever written. Many strategy writers today use that guide's skeleton, or structure, to help plan and organize their information in a logical, easily searchable way.

Though he’s best known for his FF7 guide, MacDonald was a huge fighting game fan. From Street Fighter 3: 3rd Strike to Marvel vs. Capcom 2 and on to obscure Samurai Shodown titles, you could always count on MacDonald to produce a well-written, carefully organized, and often humorous guide to digital, apocalyptic beatdowns. His fighting game FAQs were so popular, in fact, that certain publications were known to steal his work and reprint it — errors intact. This sparked a large controversy around the turn of the century, which culminated in a now-standard disclaimer that appears at the beginning of every reputable FAQ author’s work, detailing exactly who can use the contents of each guide and how. 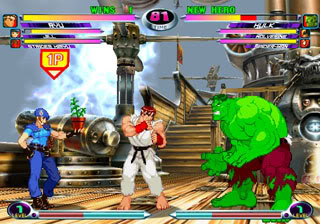 MacDonald’s meticulous approach to information management and consistency was obvious when it came to crediting his contributors: Each of his major FAQs include an extensive list of the people who helped fill the holes in his knowledge base, a basic feature that many novice FAQ writers neglect (or forget), perhaps in order to appear more authoritative. MacDonald’s community-minded spirit of collaboration also played a big role as he rose through the ranks and became one of the most prolific writers on GameFAQs.

Sadly, word came from MacDonald’s brother Charles on May 19th, 2004, that Chris MacDonald had passed away mere days after updating his legendary Final Fantasy 7 FAQ for the last time. To date, MacDonald’s family has never disclosed the actual time or cause of his death. There are rumors, certainly, but if we learned anything from MacDonald, it’s that information from trusted sources is the best kind, and unverified rumors have no place in serious writing.

If you’ve ever searched for help with a game on GameFAQs in the past 10 years, chances are good that you’ve been influenced by MacDonald’s work, even if indirectly. As we approach the sixth anniversary of his passing, I hope you’ll join me in remembering the man who gave so much to the video gaming community. On May 19th, if you have access to it, fire up a copy of Final Fantasy 7 in his honor. Think of it as lighting a candle for the man whose efforts helped millions of people get more enjoyment out of their gaming time. It’s one quest that nobody will need a guide for.