Congratulations! You're reading the first ever issue of The Game Inquisitor, which means you want more truth in your game journalism. Tired of being lied to? Of course you are. When Nintendo released Wii Music, we were the only outlet to (correctly) report that Miyamoto's pact with the devil had expired and he was forced to rely on his own ideas. In an effort to help spread out the truth around the Internet, we've developed these issues for sites like Bitmob to enjoy. 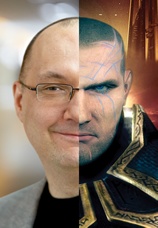 Denis Dyack Reveals He's an Alien, No One Surprised
By Travis McReynolds

Earlier this afternoon, a man with a misspelled first name and made-up last name, Denis Dyack, confirmed what everyone in the video game industry already knew. Dyack is an alien. Speaking on the subject, Dyack remarked, “It’s true, I’m an alien from outer-space. Silicon Knights isn’t just the name of my development company, but also the name of my Andromedan Space Navy regiment. Not to brag or anything, but it’s the best Space Navy regiment ever; so good, in fact, that we’ve changed the face of Space Navy regiments across the galaxy.”

Long-time friend and co-worker, Steve Henifin, explained, “I always knew Denis was weird, but I thought maybe he was just foreign or something. Nope: alien. In retrospect, it makes a lot of sense.”

Expanding on his now infamous comments regarding NeoGAF, Dyack said, “When I spoke about the lack of reciprocity on Internet forums and how that lack would eventually lead to their downfall, that wasn’t idle speculation- it was a threat. Me and my freaky alien Silicon Knights are going to kill a bunch of racist kids. Then, I’m going to make a game about it in which the Start and Select buttons are the only way to attack. Maybe you haven’t heard, but I’m both an alien and a visionary.”

Dyack went on to remind the members of the press in attendance that he was responsible for Eternal Darkness: Sanity’s Requiem, the 2002 winner of IGN’s Most Apt Sub-Title award. He was still bragging about the game as I and several other reporters filed out of the conference room. I know that sounds awkward, but this isn’t the first, second, or even third time I’ve walked away from Dyack’s boasts.

When reached for comment, fellow loud-mouth Peter Molyneux had this to say, “An alien? I’ll be damned; I knew he was an asshole, but… I hate ego-maniacs.”

What will this news mean for the Too Human trilogy? Could the next two games possibly be worst than the first? The Game Inquisitor will bring you more on this story as it develops. 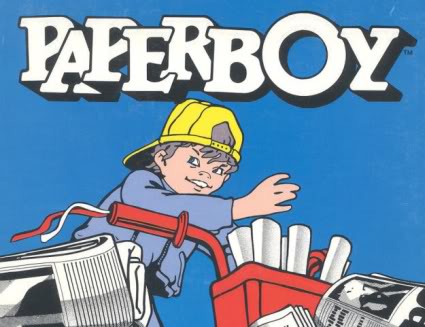 In the last few years, an increasing amount of long forgotten franchises have been pulled from the basement shelves and given a makeover, but none as surprising as this. A new studio — named The Existant Game Company (tagline, "This game company totally exists, we swear!") — has licensed the Paperboy franchise from Midway and announced they are developing a reboot of the series.

"We want to make it true to the present day newspaper delivery field." said lead programmer Imma Realname. "It won't necessarily be fun, but it'll be realistic to the plight of the everyday newspaper carrier, and that's what we were aiming for."

Somewhat a franchise reboot, the game story will also act as a sequel of sorts. You'll still be playing as Frank, the Paperboy, but he is now a Paperman. All grown up, he has ditched the old bicycle route and obtained a motor route that takes him way out into the country roads.

"The only obstacles you'll be avoiding will be those of nature. If you hit a deer, you'll have to use some of your constantly dwindling paycheck to get your car repaired. If you slide off into a ditch during the winter levels, you'll have to pay for a tow truck. Basically, you'll just be driving the exact same route every single day; taking care to stop and deliver to every one of your active customers, and if you mess anything up, you'll have to deal with paying for it." said Imma excitedly.

The press release detailed the main game structure thoroughly. Frank will have a set pay rate at the beginning of the game, but as his customer base slowly dwindles he will continuously earn less and less. On top of that, his pay will be cut every 3 levels, and things will go wrong with his car on a regular basis, making it hard to keep up with the bill payments required to move onto the next level.

"Essentially, you just keep playing the same level over and over again until you mess up enough that you can't pay your bills, or you reach a pay rate that makes paying your bills a complete impossibility. Oh, or the newspaper that employs you could go out of business. There's a 50% chance of that happening at the start of every level."

Personally, I'm kind of excited for the game. Video games could certainly use a dose of reality. Will you be picking it up on release? 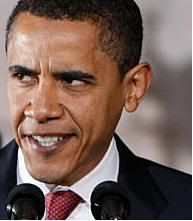 Exercising a little-known executive power that has gone unused since the Van Buren administration, President Barack Obama officially banished video games to Hell early Tuesday morning. The legislation, colloquially known as the “Go Outside and Play” act, was signed into law effective immediately leaving many in the video game industry stunned and without a job.

In an effort to defend the act, President Obama held a press conference earlier today with several notable names from the gaming industry. Among the attendees were Satoru Iwata of Nintendo, Bobby Kotick of Activision, and Billy what’s-his-face from that Donkey Kong movie. You know the one.

Said Obama of the act, “This has been a long time coming. Video games have been poisoning our youth since their inception and the United States will be better off without them. Seriously, what the hell is a Katamari? It sounds like some kind of seafood, but it’s not; I checked.”

In the interest of brevity, the President’s remarks have been pared down considerably for the purpose of this article. The press conference ran a little over three hours and, at the risk of losing The Game Inquisitor’s credibility, I’ve gotta say it was really just Mr. Obama complaining about how games these days are hard and don’t make any sense.

Another excerpt from the President’s remarks, “Have you played a Mario game lately? Not one of those bullshit off-shoot things where he’s playing baseball or skateboarding or whatever, like a main-line Mario title? They’re garbage. They don’t even have goombas in them anymore. I’d advise the American people to avoid these games, but I don’t have to. I just banished that shit to Hell.”

The Republican Party, now courting the ever-elusive Sith Lord constituency, was quick to respond to the US’ first ever banishment. Chairman Michael Steele said in a statement this afternoon, “Americans should be free to play any video game they choose. Video games are a recognized form of free speech and the GOP will not take this offense lying down. Search your feelings; you know it to be true.”

Perhaps the most overlooked element of this breaking story, the newly jobless from the now defunct video game industry, were addressed near the end of this morning’s press conference. Said the President, “I’d like to take a moment to directly address those in attendance and watching around the world whom were previously employed in the video game industry. Suck it. Did you hear me, fellas? Suck it.” 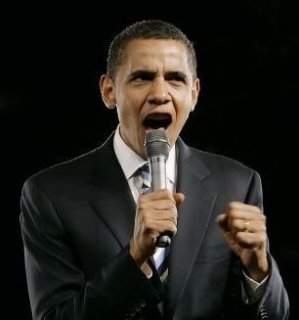 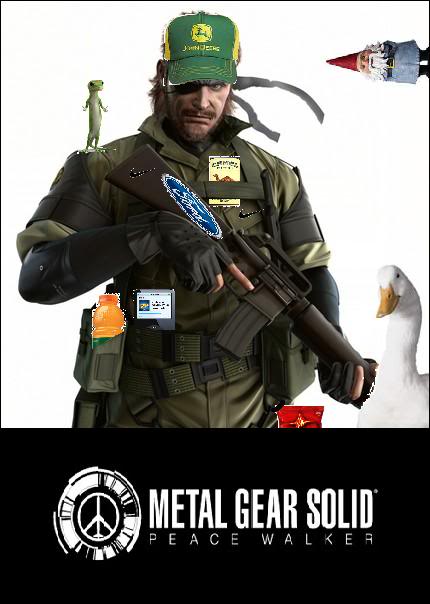 There have been plenty of controversial video games before, but most have been for their inclusion of violence or sexual situations. Very few have ever dared to tread into the realms of a real, historical event to tell their story; Those that have were almost entirely indiedeveloped games… until now.

You may have heard of the controversy surrounding developer Atomic Games' 'Six Days in Fallujah' already, but it definitely won't be ending there. Since losing their original publisher, Konami — after a group of war veterans criticized the game's existance — the studio has been hard at work promoting the game in the hopes of landing a new publisher.
Unfortunately, they may just be shooting themselves in the foot. In a recent interview with This Gamesite Isn't Fake, they talked about how confident they were in finding a new publisher, then immediately revealed their new torture mini-game section to the interviewer.

"We wanted to make the game as real as possible, by including lots of really real events." Said the game's director, Juan Benito. The TGIF journalist tasked with the interview wrote about being taken aback, but it didn't end there. When asked if there were any other parts of the game that one could describe as "ripped from the headlines", Benito seemed eager to respond.
"Definitely, we're just working out how much time we have. We're pretty sure we'll find another publisher soon, but until then we keep sticking in new parts of the game. That, uh, helicopter thing just recently? You know, where those soldiers gunned down a bunch of civilians? We're programming that into the game right now. It might not make it in, because I'm sure a bunch of publishers are ready to knock down our door, but it can always be DLC or something."
You know all those news organizations that immediately jump to demonize video games because they assume they are an immature medium that can't handle controversial material in a deep or meaningful way? They might be right.

To get up to the minute news updates from the gaming publication that isn't afraid to tell the truth, visit The Game Inquisitor Online. We don't shy away from anything. Did you know that Cliff Bleszinski has a teddy bear named Snugglemuff that he sleeps with every night?