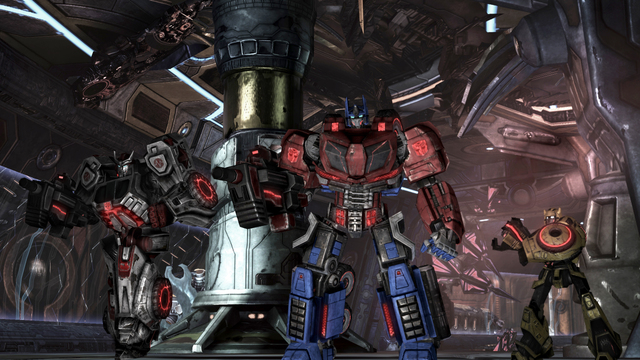 The Transformers hold a special place in my heart. When I was young, a car accident claimed my mother’s life. My father later remarried, and his new wife adopted my brother and me as her own children (and while not my birth mother, she’ll always be my “mom”). As young children, we rolled with the changes — and the expansion — of our family.

And the Transformers played a role in creating that harmony. One holiday season, my new grandparents, ordering from the then-vaunted Sears catalog, gave my brother and me what we thought were the coolest toys we’d had ever seen: a van named Ironhide, a tape deck called Soundwave (with cassettes that transformed, too!), and a jet known as Skywarp. Oh, and yes, one awesome red Peterbilt truck: Optimus Prime.

While I hope no one thinks that my new grandparents bought our love with die-cast-and-plastic toys (or my Grandma’s delicious chocolate-meringue pie), to this day, whenever I think of the Transformers, I think of my dear-departed grandparents.

Given how important the Transformers are to me, the new game Transformers: War for Cybertron was destined to be a first-day purchase. The new Transformers movies have never tapped into that wellspring of nostalgia and love that I had for the original toys. Will War for Cybertron do so? Read on after the jump to find out. (And note, this is the only point where I mention the word “spoiler” in this story. Consider yourself warned.)

I played through the first two chapters today — about 5 hours (remember: I possess poor shooter-game skills), and those were some of the most fun-filled hours I’ve spent gaming in months. The game’s not complex; it’s a third-person shooter without cover mechanic. That simplicity, I think, is where the magic lies: Running around and blasting Autobots to smithereens doesn’t need to be complicated. 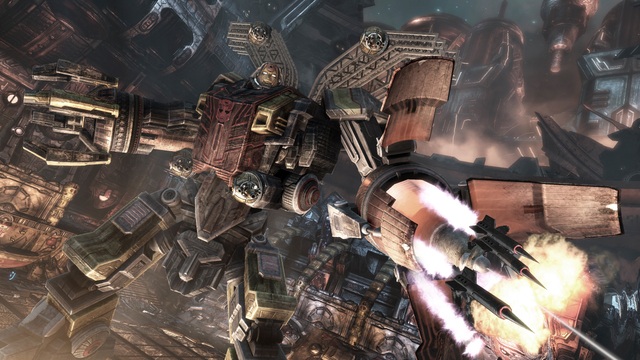 What impressed me most about War for Cybertron is how well the developers at High Moon Studios have captured the personalities and feel of the massive robots. They banter with each other as they carry out their missions, and while the writing isn’t much better than what was in the ’80s cartoon, it fits — it almost feels like a long-lost episode of the old cartoon series.

In the early missions, you’re following the story of Megatron as he leads the Decepticons in carrying out his evil designs. Megatron may have received a facelift years ago, but his personality remains intact. His megalomania shines through, bullying the other Decepticons as he begins to leak bits and pieces of his grand plan. While Frank Welker may no longer provide his voice, the tone the game’s designers presents fits the Decepticon leader as he tries to claim dominion over Cybertron.

Other aspects of the game capture the old-time feel. Starscream plots to gain control of the Decepticons, and his lieutenants, Skywarp and Thundercracker, help complete that “Three Stooges” feel the trio of Decpticon jets sometimes showcased in the cartoon.

Most important, for a few hours, I felt like I was a kid again. Smiling as I planted Megatron’s fusion cannon into the chestplate of some nameless Autobot warrior, I wasn’t thinking about if I had enough money coming in, if I am being a good father, if my wife would make it home safe from work, and the other numerous adult worries that press down on me each and every day. I had fun, and as I finish writing this, I think of my grandparents, and how much their love and support meant to me.

I wonder if I can bake a chocolate pie before bedtime?

Do you have a soft spot for the Transformers and plan to play War for Cybertron? Leave a comment, or better yet, write a piece about your own feelings.