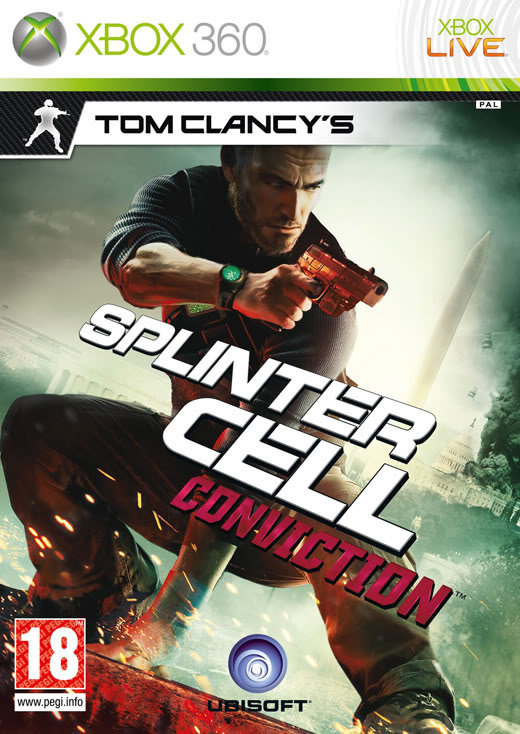 The last great stealth-action game I played was Batman: Arkham Asylum, where you puppeteer the fantastical caped crusader, swinging from gargoyle to gargoyle, incapacitating your enemies using metal, batshaped boomerangs. While that game was brilliant mechanically, it was designed to make you feel like an unstoppable god-like spectre of fear in the face of your hapless enemies. In Splinter Cell: Conviction, you literally are one of your enemies. The game escalates nicely to a point where Sam Fisher, a now self-exiled ex-Third Echelon splinter cell agent, will take on enemies who are current splinter cells, fighting for the organization who turned its back on him. This homology between you and the enemies adds a stress Batman: AA never really had. This tension forces the player to fully utilize the skills you have as an experienced Sam Fisher. Its tense, its fast and oh so satisfying in a murderous bad-ass sort of way.

Splinter Cell: Conviction is a game built around one idea: Sam Fisher’s relentless revenge. You start the game as Sam, reeling from the assassination of his daughter, getting dragged back into a conspiracy story in order to find out the culprit. Ubisoft Montreal has translated this motivation into evocative gameplay, mixing fast-paced stealth action combat mixed with immersive story-telling. 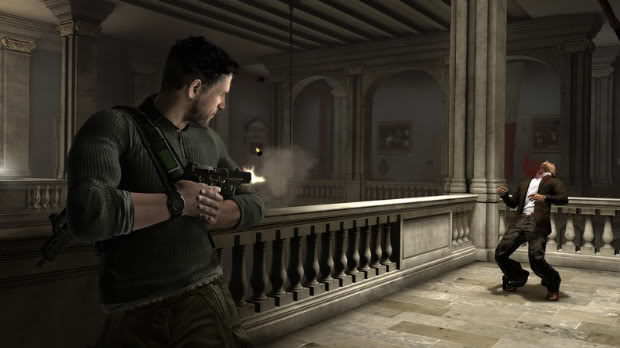 The combat is fluid and satisfying through continuous player involvement and making you constantly think on your feet. As this is a stealth-action game, cover is an important part of enemy engagement. The cover barriers are small and spread out you will spend a lot of time running from cover to cover using the amazingly efficient point-to-cover mechanic. Darkness is also very useful as it is essentially moving cover, where taking out lights can expand the area in which you are invisible to your enemies. And while being in cover in most games is usually spent waiting for enemies to pop up, here you very rarely ever spend time doing nothing but waiting. There is never a dull moment because even the down time of combat is used to plan out your attack. The close range, single B-button press take downs – earning the ability to one shot kill up to three enemies at one time – is a speedy way to actually carry out your plan of attack. Through the efficiency of the combat, the player is made to feel like one can pull off a mission as skilfully as an experienced Sam Fisher would. 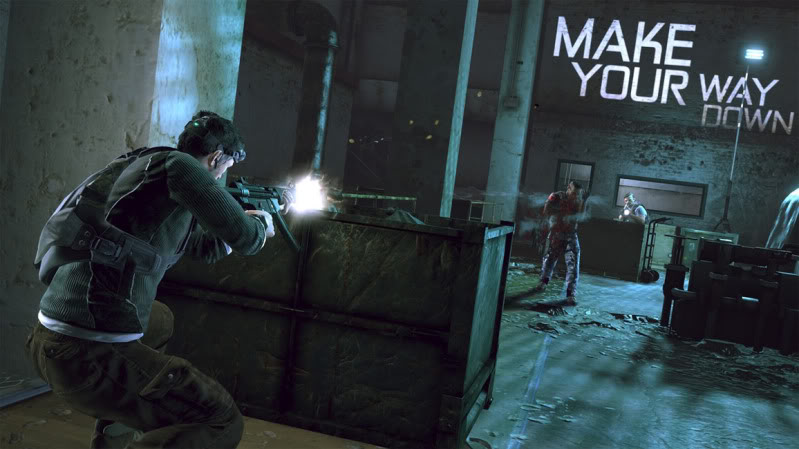 Along with it’s amazing cover mechanic, Splinter Cell: Conviction’s presentation and storytelling are two things I think a lot of developers will continuously build upon into their future games – and in this way, this game is a game changer. Sam’s tale of revenge is narrated by Victor Coste, a former colleague of Sam, who retells the events of the game during a police interrogation. One would think that a third person telling of a revenge story would fall flat in understanding the background of the character’s motivation, but the creative minds at Ubisoft implemented the in-game, story-telling projections to take care of that. Throughout the game, the player will run into grainy projections on sides of walls which will play by themselves, never taking the control away from the player as a traditional cut-scene would. This integration of in-game exposition is a clever way of providing a context to what the characters are talking about, without feeling intrusive to the experience.

The game does have its shortcomings, however. Technically it does suffer from dips in the framerate, and character animations are strange at times. Also, the game suffers from poor level design in parts, making it easier to exploit the use of explosives to take down multiple enemies. This shortcoming is especially apparent in the smaller spaces, when being confined and surrounded by enemies breaks the stealth mechanic. In these spots, the player isn’t given enough times to fully utilize the aforementioned plan-of-attack methods – trial and error becomes is the only way to really complete the room. These sections made me appreciate the large, open levels all the more, where the speed at which you take out your enemies is up to you.

Overall, Splinter Cell: Conviction is a great example of a feature-rich game with a lot of great ideas. The campaign is fun, and the extra ‘Deniable Ops’ missions and co-op keep you busy after you are done with the campaign. It provides a solid platform for the future of stealth-action games, and it was well worth the time the developers took after the several delays to its release. After beating and enjoying Splinter Cell: Conviction, and remembering how much I loved Batman: Arkham Asylum, I’m happy to see that one genre of gaming can allow for multiple distinct experiences, and in the case of these two games, still provide satisfying stealth action in two totally different contexts.