Everyone loves a good cliffhanger. This must be true as it’s the basis for most television series, and the reason why sequels are made to the more popular film and gaming franchises. We as consumers of content are never satisfied with the small glimpses into the worlds of fiction that we get from the cinema, fictional books, and (more importantly to the readers of this site) games that we digest on a regular basis. We have an urge to find out what is next. We can’t leave well enough alone.

Often times, I have felt scorned by the story of a game because of the way the plot unfolds. Whether it be a game that takes a short amount of time to beat, sudden twists that abruptly take you out of the story, or just a lack of a proper way to end a tale, I often feel that game developers ruin their ability to tell a well-crafted story by shooting their entire clip at once, metaphorically speaking.

A trend is beginning to develop with some titles, however, that has merit: Episodic content. As of late, episodic DLC has became a point of interest as well as a crutch in some ways for the developer on a time schedule. Sometimes, an entire story can’t be told in one sitting. Other times DLC is just released to stir up some post-release interest in a game despite the fact that the main story of the game in question answers all of your questions (I’m looking at you, Mass Effect 2 and Force Unleashed). When done correctly I feel that episodic DLC can not only improve your enjoyment and contribute positively to the longevity of a title, but also give you a more complete gaming experience.

Allow me to give you a look at some of my favorite episodic content and where I would like episodic DLC to go in the future.

I’ll say right now that I have no problem waiting for the sake of enjoyment. I’ve never been the type to fidget and pine over an upcoming game release, and I’m fine with a cliffhanger if it’s in the name of well crafted storytelling. In many ways I feel like leaving an ellipsis at the end of a game instead of a period, so to speak, gives you the ability to not only fulfill that need consumers have to divulge even further into a game’s story, but also gives more time to the quality control of a game. One series that does this extremely well is the adventure series Sam & Max: Freelance Police. 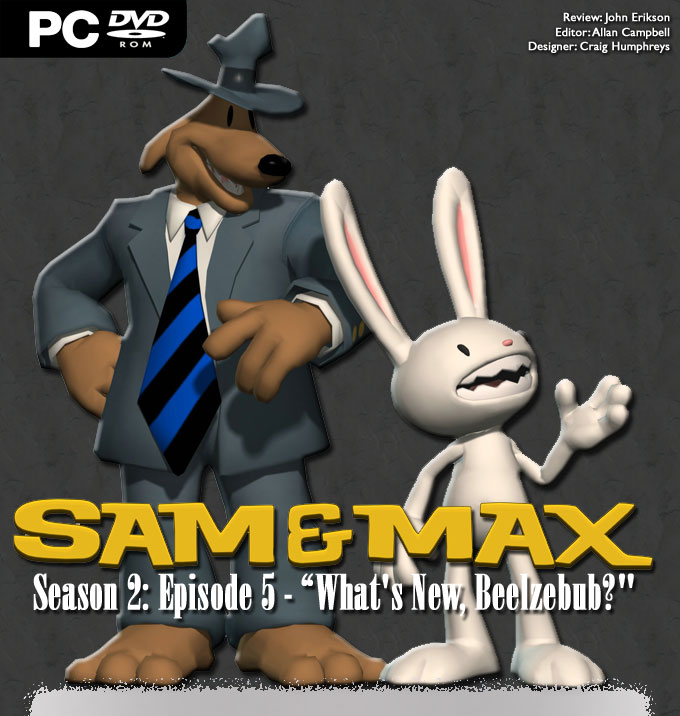 For those of you that may be unfamiliar, Sam & Max was originally a point and click adventure game series on PC in the early 90’s that had a focus on collecting items and solving clues to move forward. The series was brought back to life around 2006 in the form of downloadable episodic content, with the entire bundle of episodes for one story being labeled a season. Each episode was originally only available for download at a certain time, and once every episode was released the title was bundled as “Season One” in retail for a somewhat reduced price.

The quality of the game, along with how effective the model was has lead to success for Tell Tale Games and the Sam & Max franchise (even to the extent that they will be releasing episodic adventure games based on the movies franchises Back to the Future and Jurassic Park). Earlier this year, the newest season entitled “The Devil’s Playhouse” was brought to PSN and XBL with the same episodic format, with the ability to buy a ‘season pass’ so that when each episode became available all one would have to do is download and not worry about paying each time.

Thus far, I have really enjoyed this method of content distribution. There is enjoyment having a new part of the story to look forward to (as Episode 3 o 5 came out last week) and these small, digestible bites of the story suit well with me, all without over saturating me by having all the episodes all at once. I found with season one (and I expect this to be true with season 3) that by playing each episode one at a time and not chunked together that the replay value of the titles increase. I consider this part to be why episodic content sits so well with me: Because my gaming experiences are broken down over a period of time, I feel like I can come back to the titles later on without that same feeling of “Ugh, didn’t I just play a whole lot of that not too long ago?” 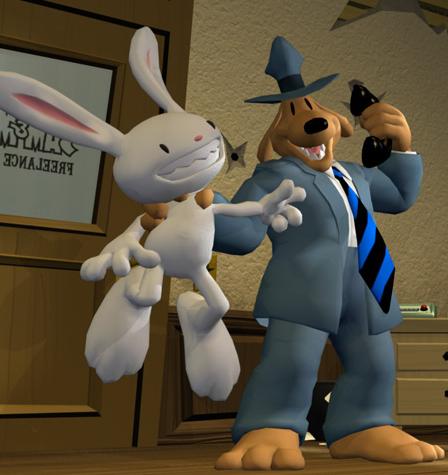 Naturally, not everyone will like this method. For instance, those that enjoy getting a game on day one and blowing through a lot of content at once will be displeased by having to wait for content and for the lack of a large amount of content at release.  However, I feel this is a small price to pay for what can be a more refined story and gaming experience. The developer has more time to work on each episode individually, instead of having to finish them all at once.

Another recent example of episodic DLC that applies more to games with one set story would be the handling of content for Alan Wake. I recently watched my best friend, and current Gamestop register-monkey Jeremy play through a rather large chunk of the game and I was intrigued at how they broke each part of the story up into episodes. The developer even went as far as formatting the story like a TV series in that each chapter ended with a “Next time, on Alan Wake”. We both wondered why more developers haven’t taken this type of TV series presentation. Sure, the content isn’t actually spread out over a period of time, but I feel that this method does a lot for the presentation of the story as a whole. It leaves you wanting more.

This trend will be continued with the Alan Wake DLC episodes that are planned for future release. Each chapter will be seven dollars and once again be broken up into episodic chapters, much like the main story. I like the consistency with this type of presentation, and feel that this method takes an at times frustrating game and makes the title more tolerable by improving the overall story.

This episodic style also applies well to open world genres of games. Grand Theft Auto IV’s own episodic content that was released as DLC is a great example of what you can do with sandbox games. My hope is that Rockstar does the same with Red Dead Redemption, as there is plenty of territory and characters to cover with more content over a set amount of time.

Should more developers take on episodic content? I would argue yes. However, some would fight against the concept based on the fact that they don’t want to feel like they are avoiding an initial release when not all of the content is available. Because of this, some may feel a game is incomplete. I can understand this feeling, but at the same time would not have a problem with a game that was released at retail for a reduced price and had episodic content released over time. For example, I would gladly pay thirty five to forty dollars for a title and then over time buy the rest of the content at eight dollars until the story was complete. I feel as though this would preserve my personal enjoyment of a title.

A good story knows when to keep you guessing and when to wrap up. Likewise, the best games are the ones that don’t go overboard and try to squeeze out extra time with that universe. By using episodic content game developers can take their time to bring the kind of polish to their releases that consumers deserve. Think about the times you’ve purchased a game and thought to yourself “If they would have just taken more time, this could have been great.”

Episodic DLC could be the answer to that statement.