Virgin is back in the gaming biz, and it's for something a lot more ambitious than a sequel to Cool Spot. They recently did an equity-share deal with World Gaming, which will now be folded and skinned under the Virgin brand…

Wait, what's World Gaming, you ask? We wouldn't be surprised if you haven't heard of these guys before. In fact, that's one of the main reasons why they're now Virgin Gaming — that virtuous name opens up a lot more doors for them and provides strong brand recognition that gamers are more likely to trust. And that trust is vital, because they're asking their customers to plunk their cash down for no physical product in return.

In short, Virgin Gaming (like World Gaming before it) lets you challenge other members to multiplayer games on the Xbox 360 or PS3 for cash (according to the owners, over $800,000 has exchanged hands so far). It's head-to-head gaming with something more tangible than pride at stake.

While Virgin oversees and regulates everything (for a small commission of the winnings, of course), an online-based cash bet on a match of Halo 3 still seems…iffy. What about the cheaters? The disconnects? The lag? Vice President of Gaming Operations and Cofounder Zachary Zeldin, President and Founder Billy Levy, and public relations representative Matt Schlosberg answer all our questions and concerns…. 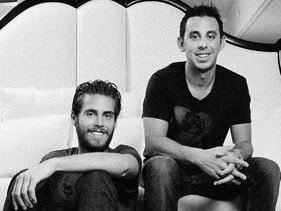 Bitmob: With your additional resources, will you actually change anything about the World Gaming experience?

Zachary Zeldin: Oh, everything's changed. From registration to playing a game, it has all been retooled, reskinned, and rebranded as Virgin, and we’ve made that experience at least tenfold better.

Bitmob: Can you be more specific?

ZZ: Sure. We’re going to be launching with points, which are based upon users engaging the site, so it’s not you winning 15 games in a row, 20 games in a row — it’s interacting with the service. So play five games, enter five tournaments, add a friend…

Later on in the year we’ll be launching the Virgin Marketplace in which you’ll be able to come and use those points for culturally relevant items: custom Nikes, branded Xboxes, skinned PlayStations…. And then because we are a Virgin company, we have the ability to do really cool things on Virgin America, Virgin Atlantic…like send a gamer to Necker Island — you name it.

If I’m playing an F-1 game and I’m in this tournament, [maybe] the winning team gets to go to the next F-1 Grand Prix and sit pit row with Virgin Racing. We can do things like that — prizes that are unprecedented in gaming. Matt had some cool ideas, like we can do mile-high gaming tournaments on Virgin Atlantic or Virgin America. 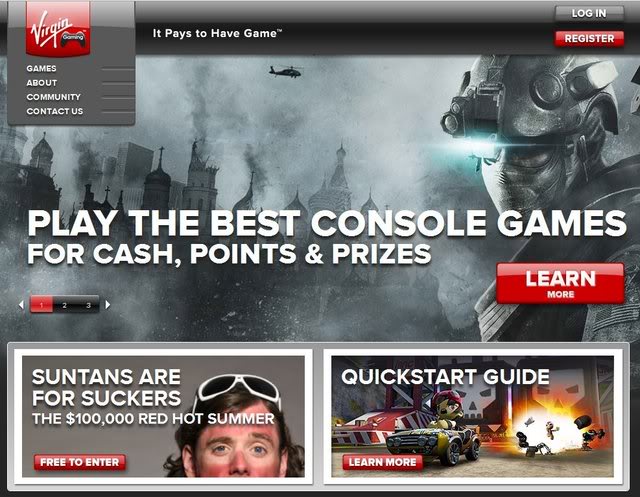 Bitmob: How does your matchmaking work?

ZZ: What we developed as World Gaming were two major pillars of our community: skill rating and reputation. Skill rating is based off your true skill. It’s going to take into consideration everybody that I've played, all their skill levels, and it’s going to give me a perfect snapshot of where I stand within the Virgin Gaming community.

We also have reputation, modeled after eBay. After Matt and I play a game, I get a pop-up notification on the site asking to leave feedback for Matt. Not how good he is as a gamer, because skill level kind of takes care of that, but did Matt show up an hour late, did he throw Hail Marys every single play, would you recommend him to the rest of the community…and all of that is viewable on Matt’s profile page.

And we’ve seen in our community, gamers do not get games if their rep is below two stars. We do it on a three-star basis.

Bitmob: How do you handle things like in Halo 2 in the past, where people were able to do a router glitch to cause artificial lag for the other players? It’s been really hard to police, because the other player can’t really say for sure if it’s Internet lag or his own connection.

ZZ: When Billy and I came up with this idea, there were other sites out there that were trying to do this, but it was all self-reporting. How do they prove who won? They can’t. So Billy and I always knew we needed a technical solution for this.

That’s why we raised the money and built what we call the game validator. Essentially it's a parsing mechanism. During registration, we capture both players' Gamertags, and we store them in our backend. So when Matt sets up a game of Halo, he sets it up on Slayer, 20 kills, 15-minute time limit…I accept that match, both funds are taken out of the account and held in escrow. We then swivel our chairs, or I throw my laptop off my lap, and I’m on my console gaming. 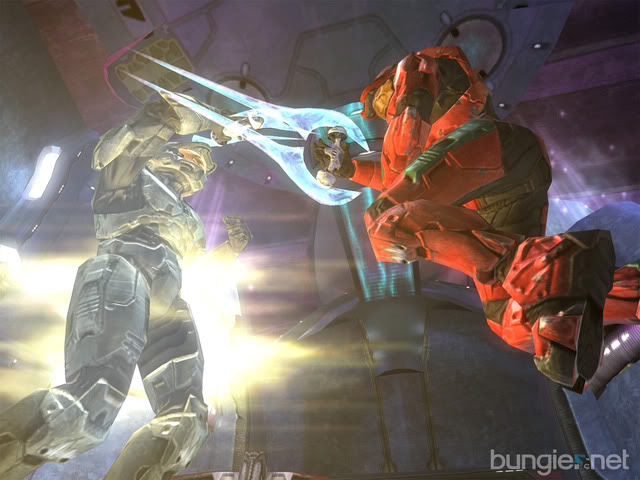 The second that game’s over, we get that information, and as long as it fits with the criteria that was put inside the challenge card on Virgin Gaming, and it matches how they played, we automatically update the winner and release the funds to his account.

So if it's first to 50 kills, and somebody pulls the plug, due to the level of detail in the information that we get, we see that team one had 48 kills, team two had nine kills, we have built-in processes and procedures in our customer service manual that say this designates an intentional disconnect — award the win to this player.

But if it’s something along the lines of what you’re talking about, where it’s almost 100% the developer’s fault that this even made it into the game, or it was some stupid glitch, if you have an issue, we tell you in our terms and conditions, quit the game immediately, and contact our customer service.

Customer service will do their internal review. We keep notes on every player: Did they try this before, are they brand new, do they have a perfect standing within the community…whatever it is. That way, we have a history of this player: "Oh, this player has disputed 45 matches in the past month," you know something’s a little off.

We can make very educated decisions based upon case-by-case scenarios.

Bitmob: Why are you not currently supporting PC or Wii?

BL: We aren’t supporting the Wii because it’s not really a heavily online-play console. Nintendo didn’t put a lot of the focus into the Wii online when they first launched it, and it’s also a slightly different demographic of gamer. So we kind of shelved Wii for the time being.

But we started off with PC and wanted to be in the PC market, but the more we delved into it, the more we found that there are people out there who can have a $500 mouse that has a quicker reaction time that gives you an unfair advantage or a better graphics processor that does all this different stuff, so in terms of fair play and being able to level the playing field…

ZZ: Everyone has the same console, same controller, same game. The only thing that maybe differs is the Internet connection, but at the end of the day that’s not going to be a determining factor in Billy’s skill versus my skill in the game. 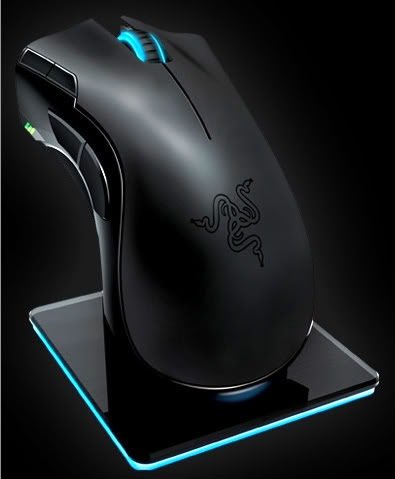 Bitmob: Speaking of which, when you have a lot of peer-to-peer hosted games, one person’s intrinsically going to have a host advantage. Have your users complained about that?

BL: Surprisingly not at all, and we do things that are pretty fair in terms of switching [hosting duties] — or sometimes a user will select to do a best of three or something….

Bitmob: Then what do you do when the game determines behind the scenes who's hosting the actual match?

BL: We’ve found it not to be that big of an issue to date in terms of fair play and user experience.

Bitmob: How do you determine if someone legitimately gets dropped versus someone who quits?

ZZ: If it’s in the first couple of minutes of the game and if there are no goals scored, nothing but time has really run down, then we send users a pop-up notification letting them know that there were incomplete game results and just to reconnect and replay the game. If they can’t reconnect, then we simply cancel the match for them. But because of the information we are getting, it’s pretty easy for us to determine where in the game it was disconnected and if it was intentional or not. 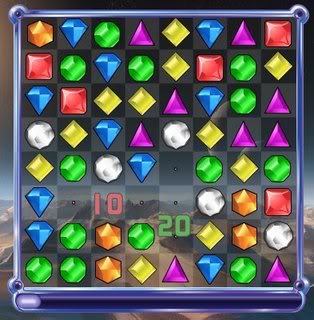 Bitmob: Do you guys see yourselves supporting more casual games? Can you do a Bejeweled competition?

Bitmob: I noticed that you are very careful to avoid any mention of the word “gambling,” from our talks to your website. But isn't this still technically gambling?

BL: That’s one of the biggest perceptual things, is people look at it off the top and they’re like, oh, this is gambling. But what we fall into is a category called skilled gaming, because all the games played through the site are games of skill. There are no laws against skilled gaming as there are against gambling. The government looks at it as two separate things. The skilled gaming industry is a multi-billion dollar industry, with companies like Yahoo, AOL, MSN, EA, Pogo.com, and Liberty Media.

MS: Yeah, and it’s not chance that's involved. It is skill that determines the outcome. It’s not a house — like a casino — that has a vested interest in playing against you to win. It’s not that. It’s two separate players saying “I’m putting my skill up against yours.”

Bitmob: Even though by government standards you aren’t classified as gambling, might you still run into some of the same social problems that the gambling industry has to deal with? Addiction, people chasing after their losses…

BL: We provide resources on the site for gaming addiction and responsible gaming on all levels, because there are issues with people who just get addicted to playing video games, and it consumes their life, and that’s all that they do. So we’re providing resources for that, and then there are people who get addicted to spending money and entering these competitions, so we want to provide resources for our members.

ZZ: Right now we put limits on deposits on the backend, so if our system gets hit with an error message that says this person is going over their weekly limit, we send messages — we’re looking at their record, seeing if they’re losing too much, why are they putting in, maybe there’s a promotion and that’s why they’re putting up the extra money…. But we definitely keep a very close eye on responsible gaming, absolutely.

(Extra-super thanks to Jasmine Rea for transcribing this interview for me.)