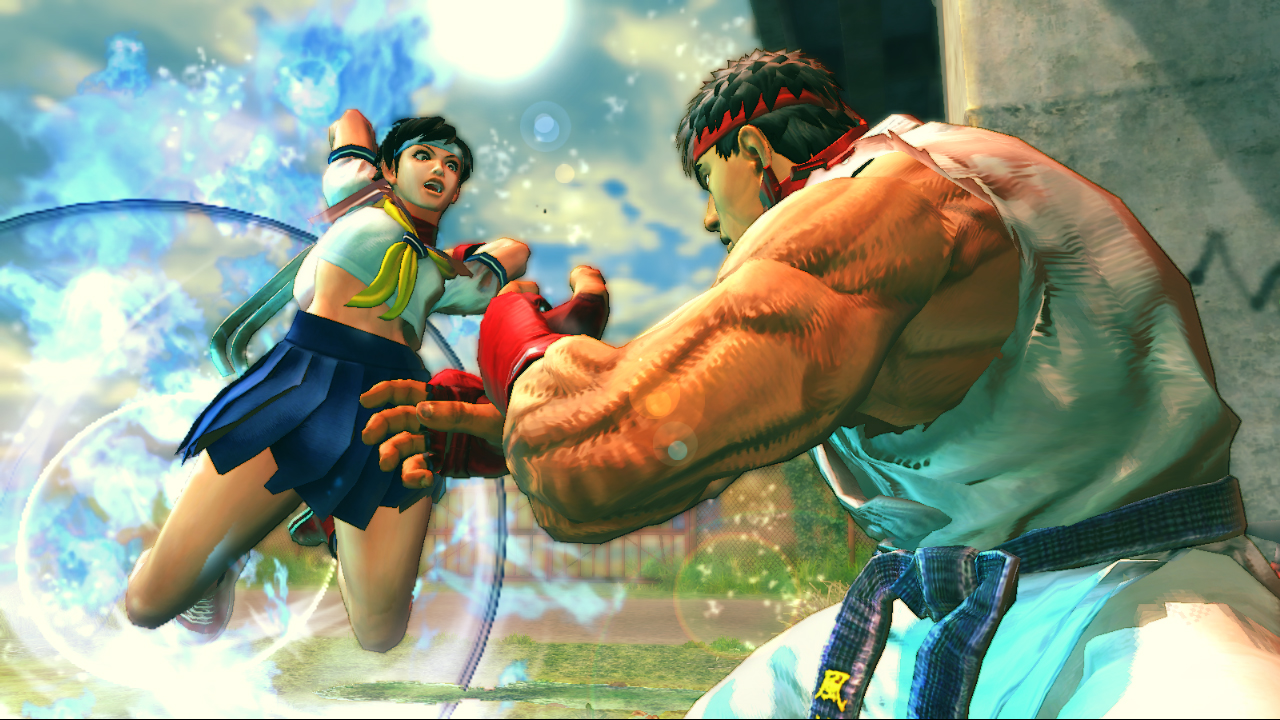 In DOA and Tekken, as long as you were excellent with your character you could play against each opponent the same way and get away with it. I distinctly remember that in DOA, as long as you could set up your juggle and land your counter throws (X + direction) the games usually turned out the same. Tekken's lack of reversals made the combos more eye catching, but it still encountered the same problem.

I would hesitate to call DOA or Tekken "realistic", but that's the problem that they suffer from. The characters can't shoot fireballs or jump 50 feet into the air to deliver a back slam ultimate combo thingy. And while this leads to a "realistic" and deep fighting simulator, it gets too easy to master.

Super Street Fighter IV has all the creativity; ridiculous characters, insane combos, fireballs, focus attacks that absorb damage, "armor break" moves, etc. And the downside of having such creativity is the difficulty of making a balanced game when there are so many minute actions to calculate. Surely no game could pull this off? And any game that somehow could would quickly become the best fighting game of its time right?

Street Fighter IV has done the above. Like every fighting game it has its tiers and some characters are slightly better than others, but its far more balanced than the other 2 competing games. I can say with a straight face that any character can beat any other character in Street Fighter IV if people of the same level are playing.

Tekken 6 can't say the same. Anyone remember getting hit with that ONE juggle that would take off 2/3 of your health? And in DOA, did anyone remember how hard it was beating someone who was really good with Hayate or Gen Fu?

With no real weak points except a large gap between the casual and the elite (which is normal in fighting games), Super Street Fighter IV takes the cake without anyone else even tasting the frosting.