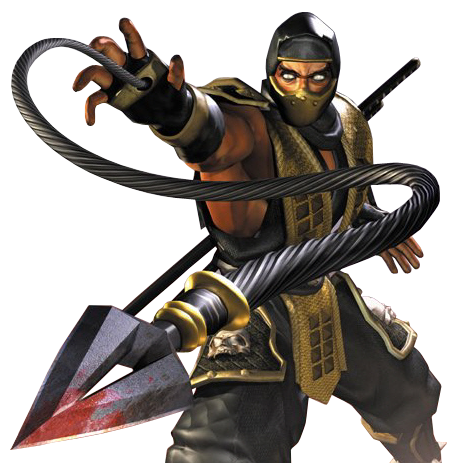 Ryu was early. Either that or his opponent was late. How long had he been sitting there, waiting?

No matter. The serene forest his opponent chose seemed an almost perfect setting for Ryu. Sitting in standard Dhyana pose, Ryu let in the cool, crisp air of the forest, and took in the smell of sweet pine mixed with a thick humidity. It must have rained recently. The ground beneath him was soft and moist, a worthy notation to remember for his upcoming battle.

A deathly whisper broke his eyes open, his head immediately on a swivel. He couldn’t make out the words, and it didn’t sound close. Nonetheless, he stood up, his bare feet sinking into the moist dirt littered with dried leaves from the upcoming fall season. He took in another deep breath and scanned the forest again, trying to look past the thick evergreen trees that surrounded Ryu like a dense and foreboding crowd, waiting to attack him at any moment. To the highly skilled and experienced fighter, it seemed like a strange fear to have before a battle, but he had never fought an opponent like the one he was waiting for before.

The whisper again…this time louder and closer. He stood in guard position now, bending his knees slightly and anticipating a sneak attack.

“Only cowards use the forest as a hiding point. I am right here, let us begin,” Ryu said into the thick humid air, positive and professional as usual. His breathing began to escalate, and his heart began to beat rapidly as his adrenaline began to boil. Even his fingers began to burn, ready to unleash the fire from within had he the need for it.

He looked behind him, and returned his gaze forward to see him standing there, already in fight formation. Ryu, startled at first, breathed a sigh of relief at the yellow ninja, Scorpion, standing before him.

At least now it will be a fair fight, he thought to himself as the silent ninja stared into his eyes. They were dark, cold, and lifeless with almost no color or hue at all. His olive skin seemed to crawl and creep over his musculature as if something was moving around underneath his skin. The air grew thicker, and hotter, and the ground beneath Ryu’s bare feet seemed to almost catch fire. Where was this fighter from?

Before he began to further ponder that question, what looked like a spear attached to a chain shot its way toward Ryu’s head. Where did it come from, his hand!?

“Get over here!!” his opponent screamed as the chain reached its full length past Ryu’s head. Expertly dodging the quick attack, he dashed forward to engage in combat with his mysterious opponent. The spear seemed to almost disappear into thin air as Scorpion blocked the first cross punch Ryu delivered.

The flowing leaves in the wind seemed to suffer the most damage from the furious punches and kicks each opponent exchanged with each other. With his adrenaline steadily pumping (something his master Sheng Long taught him to control in combat) he lands his first hit across Scorpion’s face, a jab that sends him stumbling backwards.

His arms wail in the air as Scorpion tries to maintain his balance, but Ryu was quick to take advantage of the yellow ninja’s misfortune with his roundhouse spin kick maneuver. The kicks landed successfully, sending Scorpion flying backwards in the air. Ryu, letting his guard down for a brief moment, wasn’t able to react to the spear shooting toward him, lodging itself into his left shoulder. A sharp, stabbing pain erupted all across his chest, forcing his arms to flail backward.

He didn’t have a chance to scream until Scorpion followed up with a pull from the chain, sending him into a flying kick, straight to Ryu's chest. Ryu hit the soft ground hard, sending the dried, dead leaves flying into the air like feathers from a pillow. The spear was yanked hard from his shoulder, sending trails of Ryu’s blood flying into the air.

Gripping his shoulder in pain, Ryu knew he was exposed, and before he realized it, the ground seemed to heat up as it was going to catch fire. Flipping backward from the ground and onto his feet, he was just inches away from a large fireball erupting from the ground.

Where was this fighter from!?

No time to think. Shaking the pain away from the stab wound in his left shoulder, he unleashed his own brand of fire. Resonating from deep within his lungs, he sounded his war cry that shook the very trees in attendance.

“HADOOOKEN!!” Ryu sounded as he thrust both arms forward, shooting a large blue fireball from his palms. It shot out with such speed and ferocity that Scorpion was unable to move away. He tried to duck, but the fireball itself was too large to duck under and hit Scorpion directly in the face, burning his mask off.

The heat from his fingers proved useful as Ryu laid them on his shoulder, burning the wound shut in an instant. It wouldn’t kill the pain, but it would at least stop the bleeding.

“Where…?” was all Ryu could utter as he saw his attacker’s true face for the first time. Was it an allusion, or was his face really…only a human skull? Ryu knew there was only one place his opponent could be from: Hell itself.

Scorpion uttered a loud, shrieking sound that almost deafened Ryu, shaking the ground he stood on. Gaining his composure, he flipped backward to avoid the fire blaze that came straight from his opponent’s mouth. Upon landing on his feet, Scorpion darted forward and began to deliver a series of furious punches at his opponent. Ryu, expertly dodging and blocking his attacks, tried desperately to maintain his balance. Seeing an opening, Ryu ducked, delivered two knee jabs and punch to the stomach, causing Scorpion to keel over in pain. He followed up with his dragon punch: a jumping uppercut maneuver that sent Scorpion flying backward and into a tree.

The tree’s leaves were shaken off and began its slow descent to the ground and on top of Scorpion who painfully began to stand on his feet. Ryu maintained his defensive stance, waiting for his opponent’s next onslaught. In an instant, a blinding flash of light caused Ryu to shield his eyes. The leaves in and around Scorpion instantly combusted and caught fire, as did the ground around him. Ryu darted backward to avoid the flames.

After a few seconds, the fires died down enough for Ryu to see that his opponent disappeared. His head on a swivel, he looked around for Scorpion’s whereabouts.

“Let us finish this!” Ryu screamed, frantically trying to find Scorpion. After a minute of silence, with only the slow rumbling of the wind, and the branches swaying in the breeze, Ryu knew his opponent wasn’t returning anytime soon. The same evil, dark presence Scorpion brought to the forest stage he stood in was all but gone. He dropped his hands to his sides in relief, knowing it would be short lived. His opponent would return.