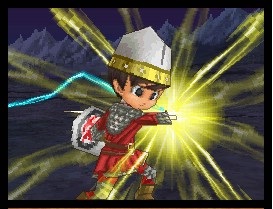 Think about the vast majority of major releases from American game studios. They’re gritty. They’re violent. They don’t feature bright colors, cuddly characters, or cutesy names. In many ways, they lack charm (Gears of War and Dragon Age represent many things, but charm certainly isn’t one of ’em).

Japanese games come under fire for a lack of “innovation”  (and every now and then, this lazy criticism is even deserved) and for not understanding what American audiences want (as if no other audience counts, a very American attitude if I’ve ever seen one. When writers say “Western,” they really mean Americans).  Yet the Japanese are experts at crafting one aspect of games that many American developers miss: Charm. You find it in each level of a Mario game, in critters such as the Prinnies in Disgaea, and the junk balls of Katamari.

And, of course, charm is at the core of my favorite Japanese role-playing-game series: Dragon Quest. A couple of hours in, Dragon Quest 9: Sentinels of the Starry Skies already reinforces that charm is something outside the scope of contemporary American development. 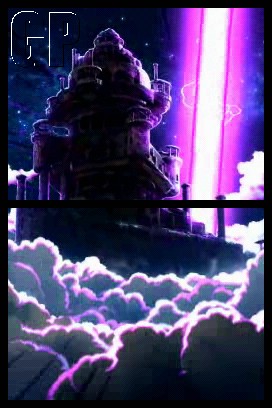 The series’ whimsy greeted me as soon as I loaded the game. The game’s score features the traditional bright, rousing orchestral arrangements of Dragon Quest. This means no brooding bass lines, no dark and worrisome undercurrents. The score at once sets the mood, and I couldn’t help but smile.

The localization widens the grin. The residents of Dragon Quest 9 speak in British English (including a lower-class version of the Queen’s tongue). And the localization appears spot-on: The text matches the cadence of British speech and even uses British grammar and punctuation. Yes, I realize (or is that realise?) that most people aren’t going to notice this, but for those that do, it’s hard not to fall for the charm of language.

My favorite aspect of Dragon Quest lies with its Bestiary. I generally abhor puns (I hated the headline for the final EGM feature at Ziff for the Wolverine game: Insubordinate Claws), but I like the punny takes of monster names in Dragon Quest. In the first group of monsters you face, the dreaded Cruelcumber, a walking cucumber with a spear, stands in your way. In the field outside the first town, critters such as the dreaded Batterfly and the fearsome Sacksquatch reinforce charm. And Dragon Quest’s Slimes remain the cutest critters in gaming.

Here’s my challenge: Do Japanese developers understand charm better than American developers? And what American games do you think ooze charm as Dragon Quest does?