I may think this often, but I never say it unless it's a serious offense; me and the designer of Limbo need to have words.

I went into Limbo cold. Some people oohed and ahhed  over it, but I had mostly ignored it. I dropped some cash on the table, and jumped in to see what I thought. After a short while, I pretty much knew what I thought because the same thoughts kept going through my head over and over and over.

“Son of a bitch this is maddening! Why would any game maker do this to their players?”

Limbo is a no frills puzzle platformer with simple mechanics. You jump, you run, you push crates, and you pull switches. All of this is dressed up in a purposefully ambiguous story about some boy looking for some girl whom I believe is his sister. The game is unbelievably simple. This sometimes works well for a game, but here it does everything it can to not work.

What you see is pretty much what you get here

Many people have described this game as 'not holding your hand.' I experienced it taking my hand, and then inserting it into a bear trap….yes that actually happens. I was killed by a bear trap that I didn't know was a bear trap until it killed me. During the first 10 or so minutes, the game gleefully kills you at random intervals just because it can. It winds up being entirely just trial and error until you know where every death trap is located. While this gimmick ultimately gets abandoned in favor of more traditional puzzle solving, it serves as proper foreshadowing for my experience of the game.

This game HATES me.

Permit me to explain in more detail. As a gamer, I have a bad habit of misunderstanding a level designer’s intentions and missing pieces to a puzzle and end up getting myself stuck. If it's possible to misinterpret or mess up enough to put yourself in an infinite loop of trying the wrong solutions, I'll often end up floundering in that loop for ages.

I can permit a game a few points where this happens because, naturally, no game designer is perfect. It's always possible for them to miss little details or not test a certain puzzle for every type of player. My temper and playing style may actually make it impossible to make a game that doesn't piss me off at least once.

Limbo, however, revels in giving me that experience. It seems to design puzzles to single out and trap people who miss small details and don't try every possible solution. At one point in the game, I was stuck for 10 minutes because I didn’t push a button I was supposed to. The reason why I didn't push that button is because it existed as a small light on a piece of background scenery. I didn’t automatically assume it was a button because I hadn’t been expected to press a button during the first 30 goddamn minutes of the game. I didn’t know my action button was an action button, in that sense, because all it was used for up to that point was pushing and pulling boxes and other items.

Basically, that same experience of me missing one detail and floundering for 10 to 20 minutes happened at least 6 times throughout the entire game. On top of that, some of the puzzles require perfect timing and pinpoint execution where it seems like there is zero margin for error. I would end up stuck in a completely different fashion because of being not quite good enough at the game to continue.

My only choice would be to do the same thing over and over and over until I got lucky. This is my least favorite gaming experience of all, personally.

The game took me 3 times as long to beat as someone who knew what the hell was going on had played it. The time I spent with it was the equivalent of gamer's torture, with me groaning and yelling at the screen and hating the experience. I persisted because of my interest in finishing just so I could compose a coherent thought and speak out against this game's frustrating mechanics. I resigned myself to playing a frustrating chore of a game, and instead focused on the art and the design of the game’s world.

Spoilers ahead for those who have not finished the game.

In my travels in the fictional world of Limbo I mostly ended up with questions. “Why is everything dark? What would it look like with color? What are these creatures and who are the humans wandering around and getting slaughtered by them? Where is the girl I’m looking for? Who is she in the context of this world? Why is the game's world switching from fantasy forest, to fantasy cave, to modern urban setting, to dilapidated futuristic factory? How do all these disparate parts fit together into a coherent world, and how will the meandering series of events culminate at the end to reach a satisfying conclusion?”

The ending answered all my questions and more. As I slowly approached the girl from a distance, after finally finding her, the tension built and built and then…the screen faded to black before I made it. 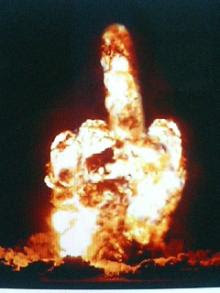 As I sat in a stupor and tried to process this information, I brought up the achievement for beating the game and read the description “Persistence has its own reward.” Then I understood.

This entire game, it's frustrating difficulty, it's minimal mechanics, it's refusal to guide the player, it's meandering and now completely unexplained and incomplete story, was all an intentional message to the player that I believe goes something like this:

“Modern games with their “tutorials” and their “balanced difficulty” and “stories,” where people talk and things happen are all bull. Gamers should be focused on pushing the limits of their patience and skill, in black boxes with no goal but beating the level. Games should not be an “experience,” they should be a test.”

That is what this game communicated to me. It’s a  tribute to broken, archaic and standoffish game design that’s designed to waste the player’s time, and either eat quarters or provide an insurmountable challenge to artificially increase play time to add value. It’s a tribute to masochists who want games to be like the good old days; plot-less, frustrating, and ultimately only useful for bragging rights.

I respond back to this call for a return to the past with a heart felt “go fuck yourself.” Limbo, your message did not change my perception and make every trial you put me through okay. Just because a game is difficult doesn't make it worthwhile. I will delete you from my hard drive and go back to playing modern games with all their faults gladly, because at least they don't piss me off with every single step I take and I can have FUN.

Remember what fun is, Limbo? It's the real purpose of games, stop trying to hold us back from it.