Editor's note: I think A.J. is spot-on with his analysis of what makes a game's story sing. What games do you think have successful stories? -Brett

We hear it all the time: Stories in video games suck. They’re too complex, too long, and ultimately too boring. Often, gamers skip cut scenes entirely to get back to the gameplay.

But there are some successful examples of storytelling in games. The Uncharted series, the Mass Effect series, and Red Dead Redemption all contain critically acclaimed tales. What is it about the stories in these games that succeed where so many others fail?

First, let's establish the basic characteristics of a story. A good story gives equal attention to dialog, characterization, setting, pace, and plot. People often cite the plot when they say a game's story is weak or lacking, but that usually isn’t the only problem. In fact, I'd argue that we need less plot in our games and more of the other elements.

For example, here's the plot of the Uncharted series: Treasure hunter Nathan Drake goes on an adventure to find a lost artifact. Along the way he works with friends while looking for said artifact. Some of them betray him. In the end, he finds what he is looking for and gets the girl. In four simple sentences, I have basically laid out the plot of the whole Uncharted series.

So what makes the overall story in Uncharted so good then? It's good because it does the little things so well: the sharp dialogue, the strong relationships forged between the characters, and the brisk pacing. On top of that, the top-notch acting (voice and physical), gorgeous cinematography, and general presentation all enhance the story experience. 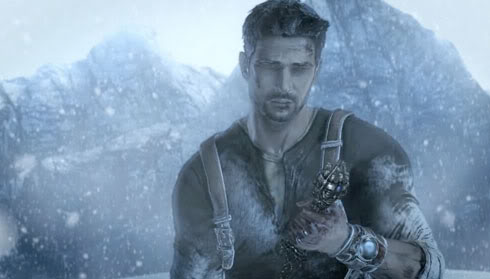 Basically Drake spends the game trying to hold on to this dagger.
But he's got something very clever to say about it.

The plot lines of other games with acclaimed stories are similarly straightforward. Mass Effect? You and your team save the universe from an alien menace. Red Dead Redemption? Settle the score with your old partner while dealing with your past. Dragon Age is about stopping an evil dragon from destroying the world. Grim Fandango is about saving a girl from a long journey and a corrupt man. Fallout 3 is about finding your dad and fixing a big machine.

Now try to simply summarize Final Fantasy 13. How about Heavy Rain? Bayonetta? And let's be honest here: Who went straight to Wikipedia after they beat Modern Warfare 2 so they could figure out what the hell was going on?

Those who know me saw my FF13 criticism coming from a mile away. Let me put on my flame-retardant clothing.

Thankfully, game studios have started to see the value in having a writer on staff. Just look at the brilliant work Amy Hennig did for Naughty Dog on the Uncharted series. And, while many people disliked the real-time strategy elements of Brutal Legend, few disputed the excellent writing done by creator Tim Schafer. In other words, it's no longer enough to hire a novelist to write a skeletal plot outline and rely on people trained to create code, art assets, and animation to write the rest. 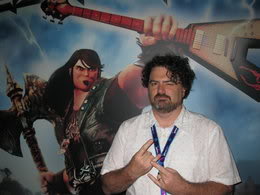 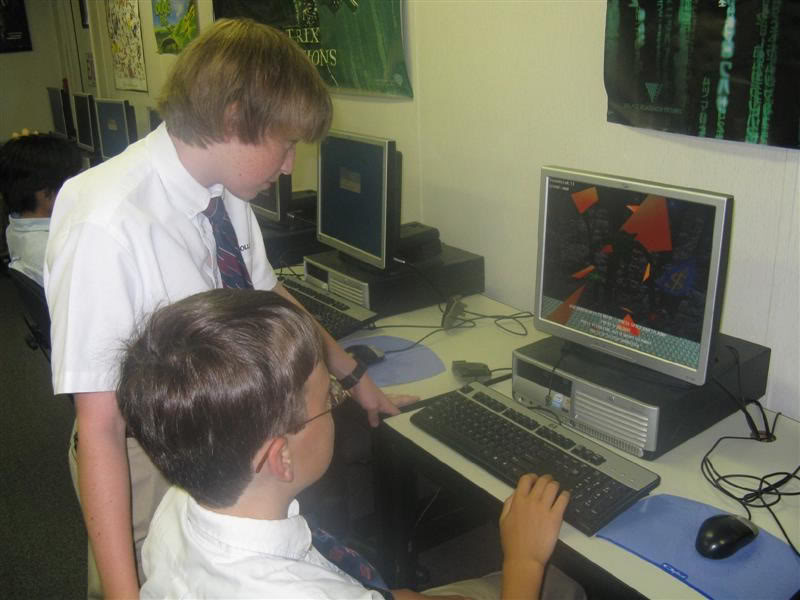 One of these men is a writer. The other two are not.

I feel we’ve reached a point where we should expect a game to have a well-written story with memorable characters to drive the gameplay forward. What do you guys think? I’m sure I’ve yucked somebody’s yum. Did you actually like the story of Final Fantasy 13 or the character of Bayonetta? Do you have some other examples of good/bad storytelling in games?