Editor's note: I started out working in QA myself, and, like Michael, it didn't turn my appreciation of games into something dark and horrible. But then I loved the game I was working on, even if the QA part got a bit tedious at times. If I'd done it for a couple years, though, that might've been bad. -Demian 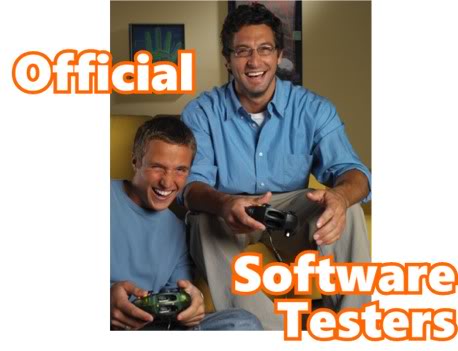 I’ve been a game tester for almost two months now, and contrary to popular belief, I don't hate games (yet).

I educated myself about the life of a game tester well before I considered it as a job option, just to make sure that I knew what I was potentially getting into. As I read through multiple articles on the subject and picked the brains of some helpful industry insiders, I clued in to the realities of professional quality assurance, and how they contrast with the common misconceptions people often have about the job.

Playing games for a living isn’t always fun. Work conditions aren’t always ideal, and overtime is a part of the business. The work is thankless, and when it comes time to assign blame, quality assurance is usually the first to get the strap. Check, check, and double check.

One item on my "what to expect" list, though, doesn’t have a red strike through it: the notion that working in the game industry, at any level or capacity, will eventually erode a person’s natural love for the medium as a fun hobby becomes a job. I can safely say that that’s not the case for me. On the contrary: working with games has increased my interest in them, if anything.

It’s understandable why some people wouldn’t want anything to do with video games after they leave an industry job for the night — or morning, as is sometimes the case. While a lot of passionate people working in the business, some with enough drive and determination to fuel a small army, there’s just something unpleasant about taking your work home with you. Even when that work is something you care about, it’s normal to want a change of pace while you relax and unwind.

There’s also the matter of priorities. Long work days that clock in anywhere up to 16 hours leave very little time left for family, recreation, and even personal maintenance. It’s natural for fun activities like video games to slowly give way to more pressing responsibilities. And contrary to popular belief, absence doesn’t always make the heart grow fonder. Sometimes you realize that that thing you loved wasn’t as important to you as you once thought, and you move on without regret. It sucks, but it happens. 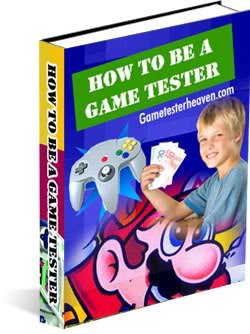 So why, then, haven’t I felt the same pull away from recreational gaming? Why do I still get excited about playing NFL Blitz 2000 over lunch with my friends? Why do I meet up with a group of like-minded geeks several times a week to swap Dragon Quest 9 maps and talk about grotto findings? And why in the unholy crimson hell do I still look forward to picking up my arcade stick and getting in a few rounds of Super Street Fighter 4 and BlazBlue: Continuum Shift every night before bed? It may have something to do with my relative newness to the industry, and the fact that I haven’t even begun to approach burnout yet, but I like to think a few other factors weigh in a lot more heavily.

Part of it, I think, stems from working on a game that I don’t actually like. Don’t get me wrong: I enjoy what I do, and even though it can be incredibly frustrating at times, I get a rush out of finding a deep-seated issue before a GameFAQs poster has a chance to whine about it. But when my game hits retail, I don’t plan on ever playing it again, simply because it’s not something I’m interested in. Because of that fact, I often find myself craving games that are more within my tastes, and when I’m off the clock, cleansing my palette is usually high on my priority list.

That may all change when I get to work on a game that I’m interested in, and the daily grind is enough to satisfy my gaming needs, but I’m not so sure it will. I can say that because the experience of working with video games, while frustrating and relatively unglamorous, has changed me in a way.

It’s helped me come to terms with a lifelong feeling in the back of my head that all the time I’ve spent playing, reading about, and writing about games has been a monumental waste of time. I see now that it’s a viable career option, and a growing industry, and more than just a delusional place for people in a state of arrested development to hide from the real world. Video games are a valid interest for a person to pursue, intellectually, recreationally, and professionally. Now that I’ve finally realized that there isn’t anything wrong with gaming — and nothing wrong with me by association — I’m more comfortable than ever in enjoying my hobby to the fullest, whenever I’m able.

It’s likely that this could all change. It’ll be interesting, a year from now, to return to this piece and see if my sentiments are the same. But for everyone who worries that a career in gaming might ruin the enjoyment of their favorite pastime, don’t bother. If you’re really into gaming, to such a point where it influences who you are, you have nothing to be concerned about. It’ll take more than a bug-riddled alpha build to take that away from you.